Date Published: 6th April 2019 12:07
Watching today's room setup for Nandi Hills, Bangalore saw an engrossing contest with the eventual winner ionutz that provided too much play money competition for benat, elzora, balddude69, holdem-40, augieaugust, ritacadilak, pippippin, flob88 and vanja in a play money meeting that lasted 68 minutes and saw a tight 91 hands dealt with benat seeing 91 of those hands dealt, that led into having ionutz holding the winning tactics and taking the ₹2,500.00 pot in an undoubtedly aggressive and tight meeting where benat was unlucky not to take it. This was ionutz 4th reported win since 12th of July and took his poker winnings to ₹54,500.00 for the period. 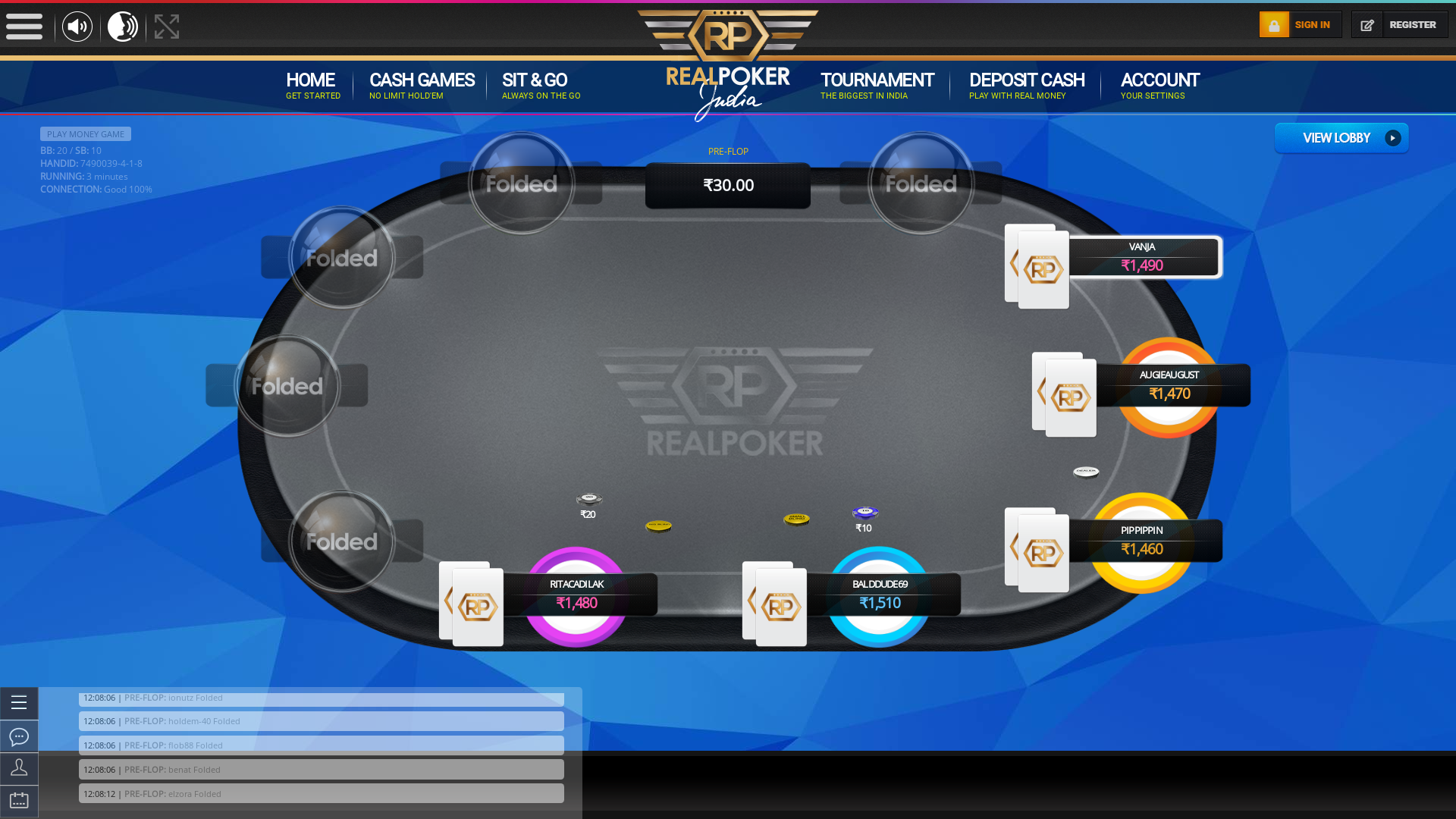 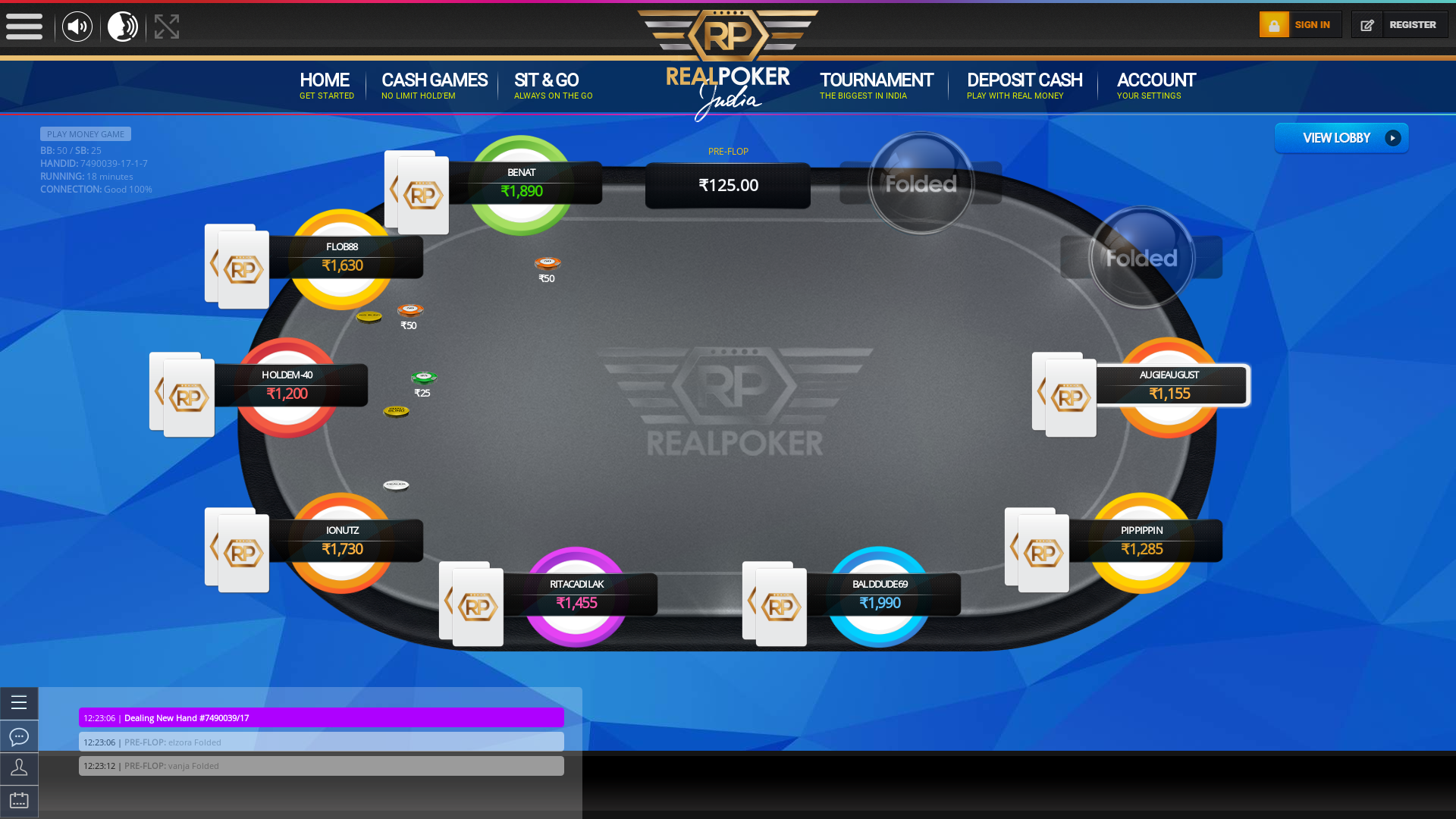 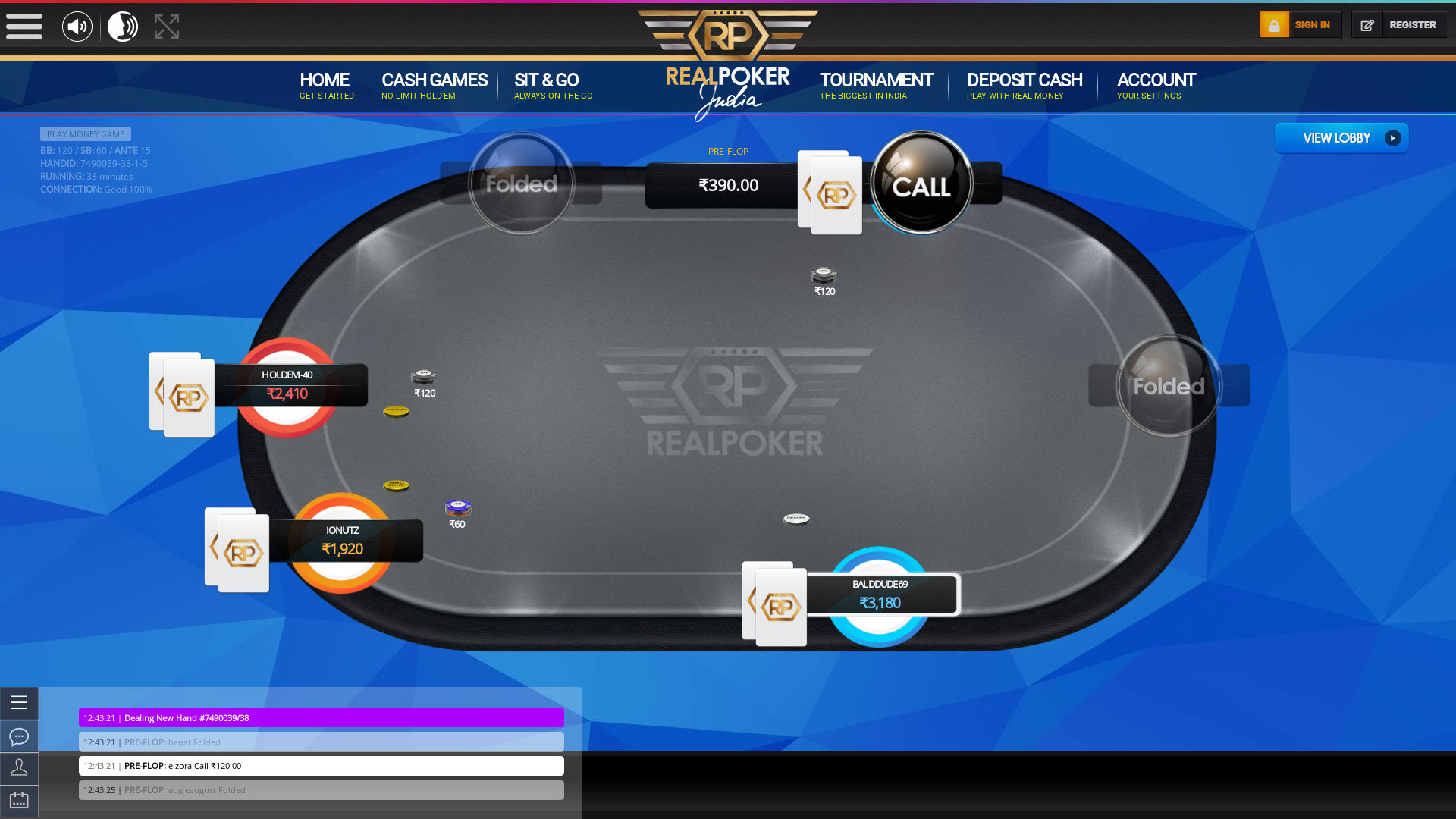 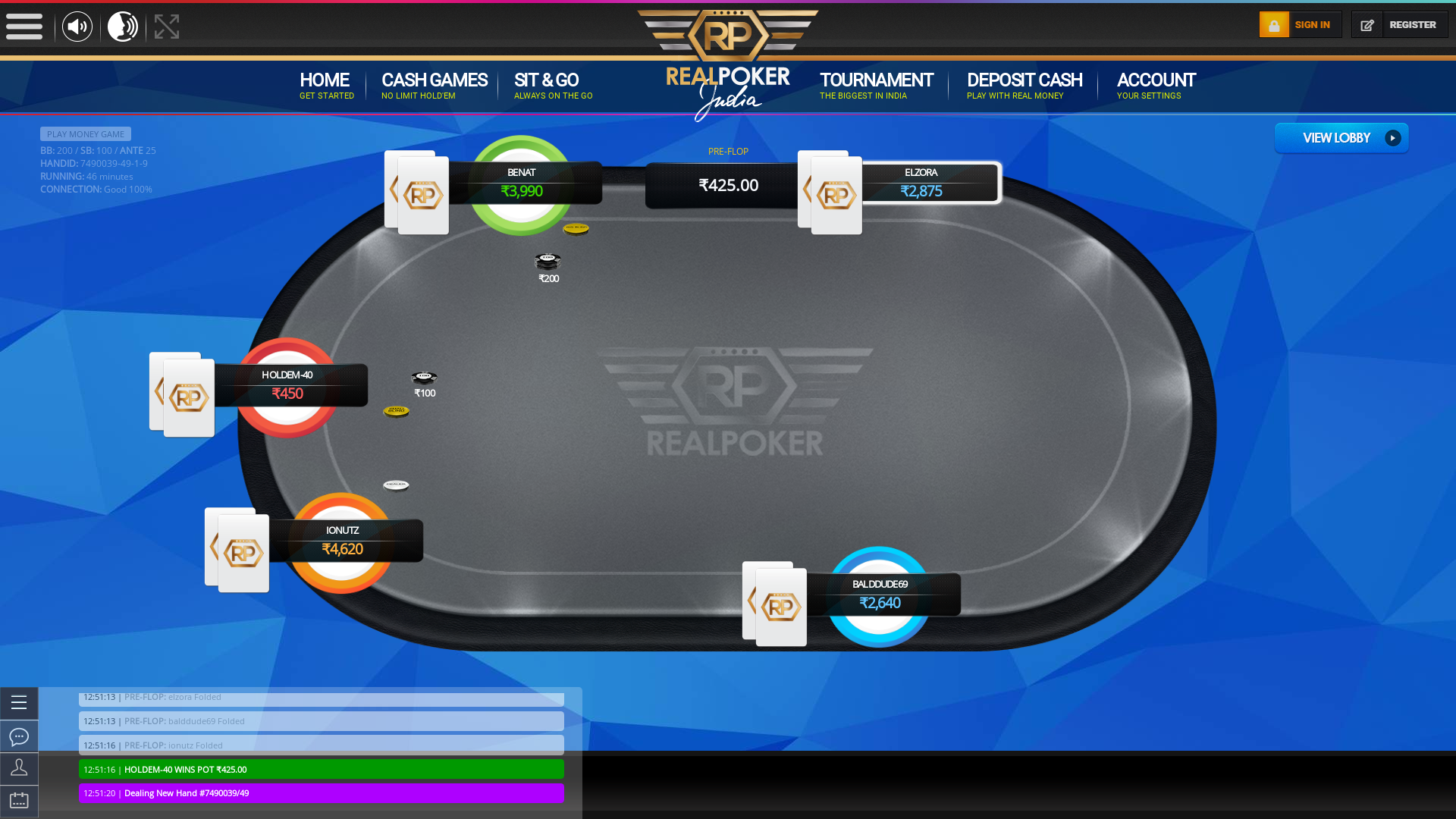 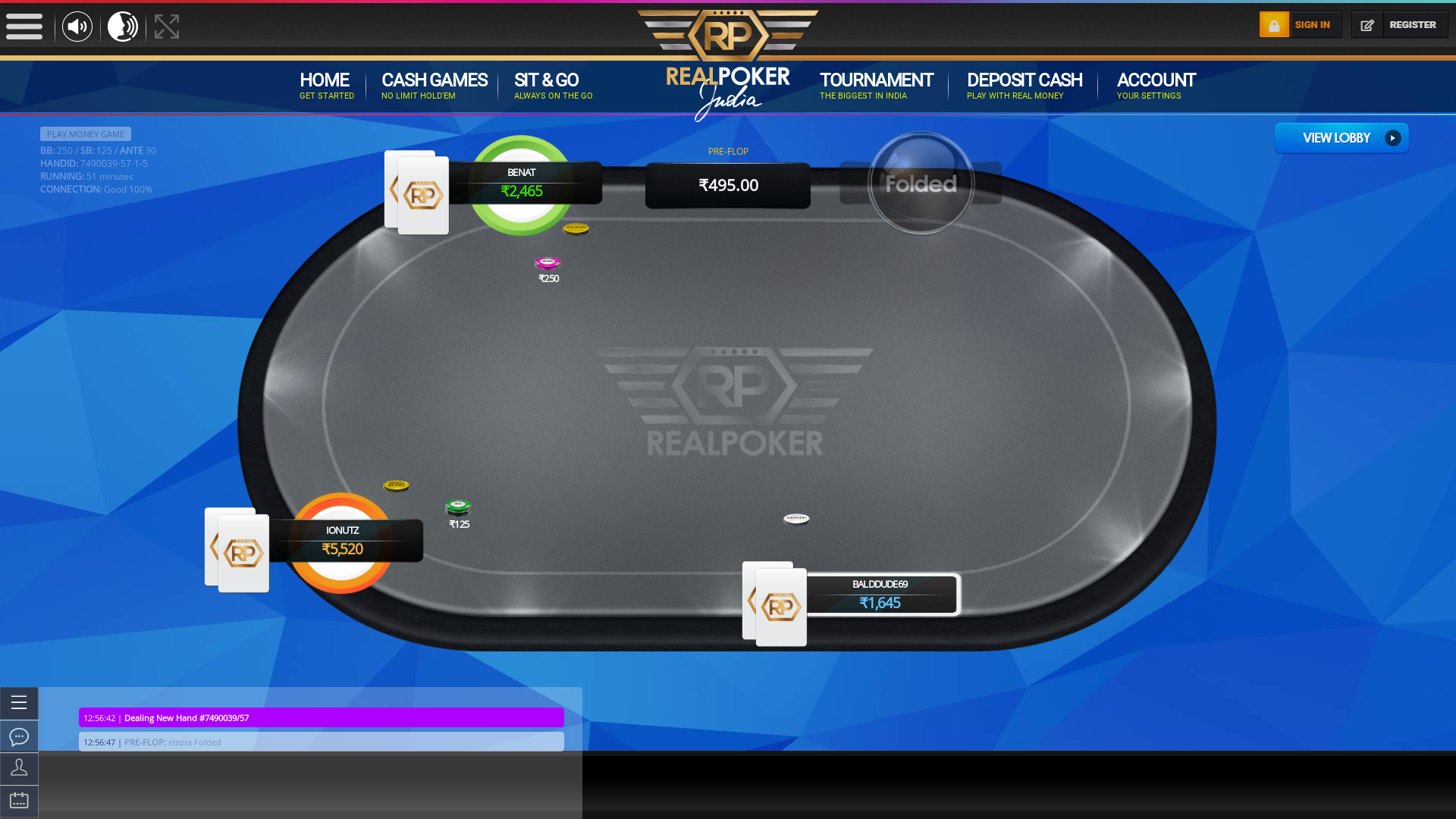 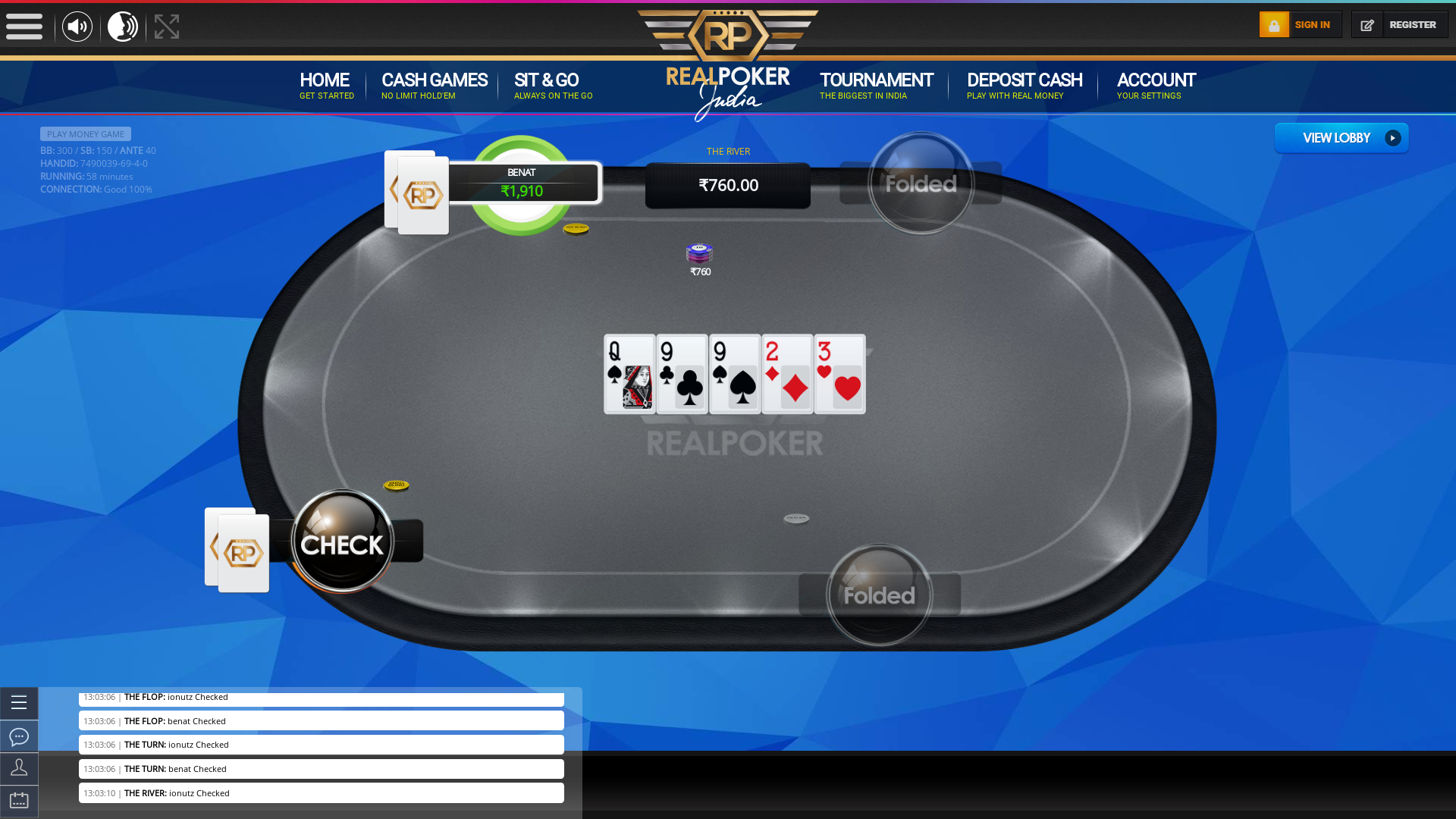 Nandi Hills, Bangalore online poker game on a 10 player table in the 58th minute of the meeting 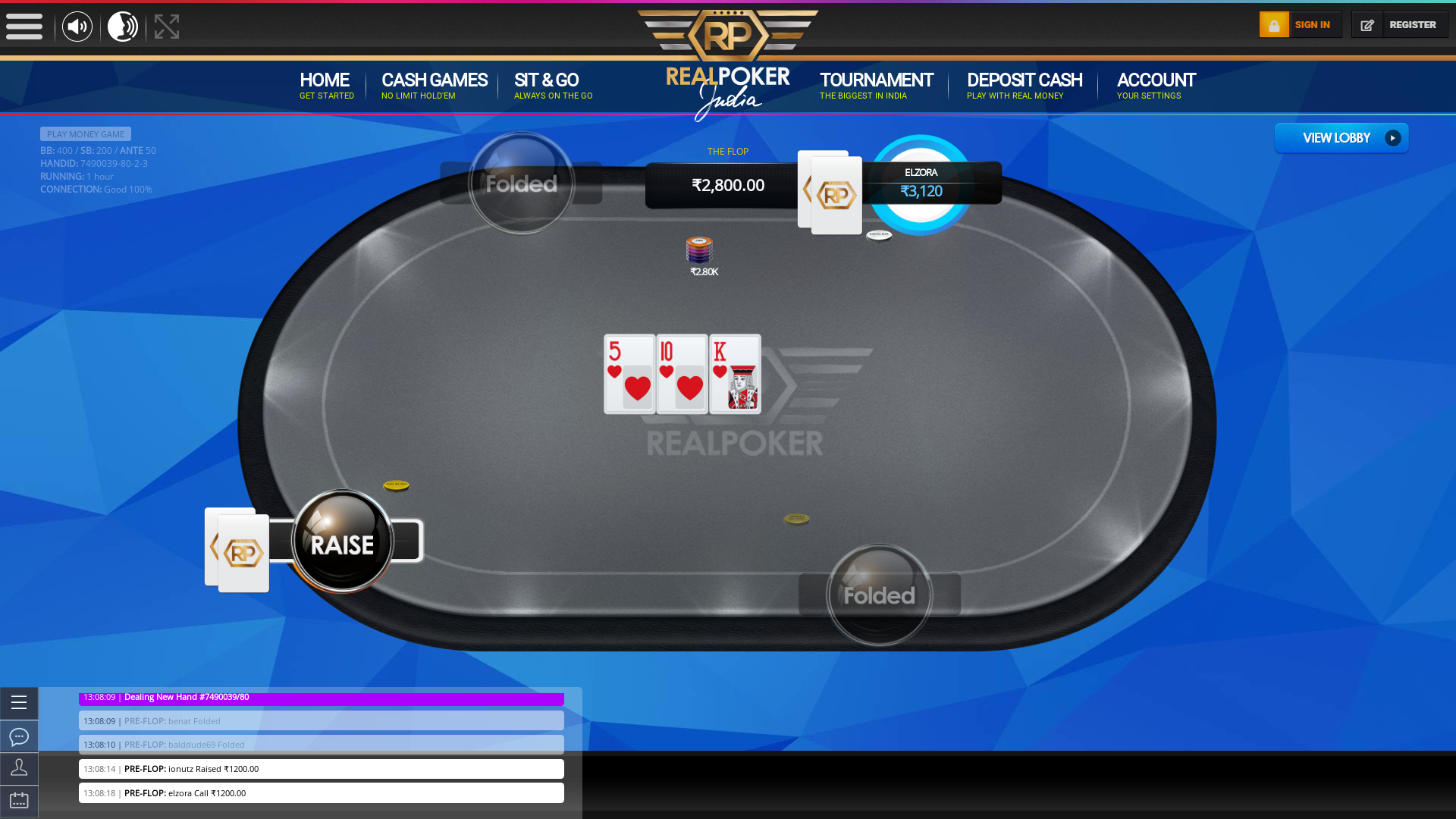 Nandi Hills, Bangalore poker table on a 10 player table in the 63rd minute of the match