Date Published: 15th December 2018 09:14
This Nandi Hills, Bangalore online poker room saw an enthralling aggressive meeting with the eventual winner JubelAhmad playing against rebolas, jakchir, stifftrixy, alientes, stinkypinky33, paceman23, qaskay, ihadyou and irfan in a real money meeting that lasted 48 minutes and saw a very aggressive 77 hands played with jakchir seeing 59 of those hands contested, which went onto see JubelAhmad holding the winning plays and taking the ₹2,000.00 prize in what was a risky meet where jakchir didn't make an advantage count. Showing incredible strength this was JubelAhmad 2nd table win since 24th October 2018 and took his poker earnings to ₹2,150.00, showing other people that JubelAhmad needs to be taken seriously in the Nandi Hills, Bangalore events. 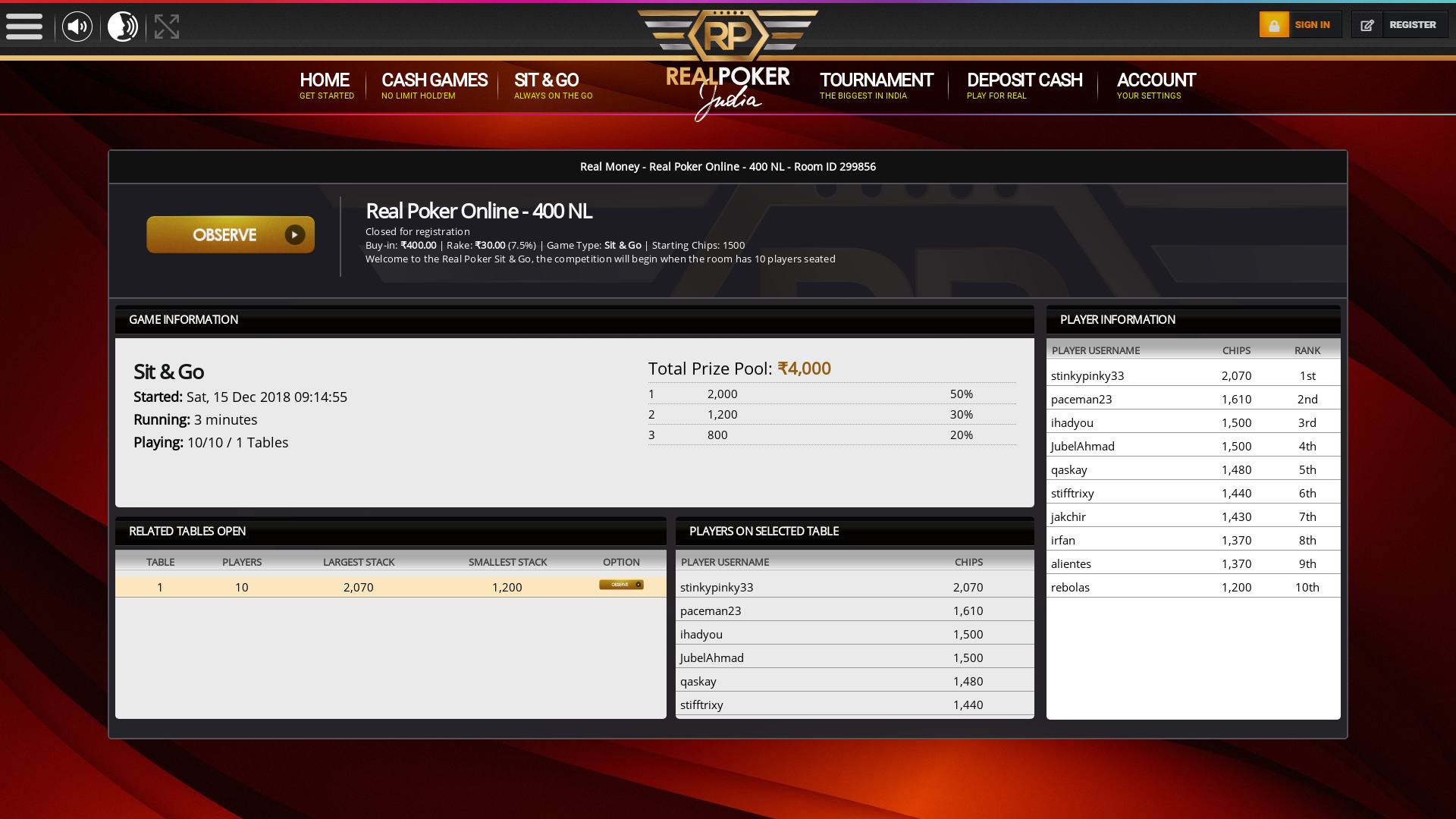 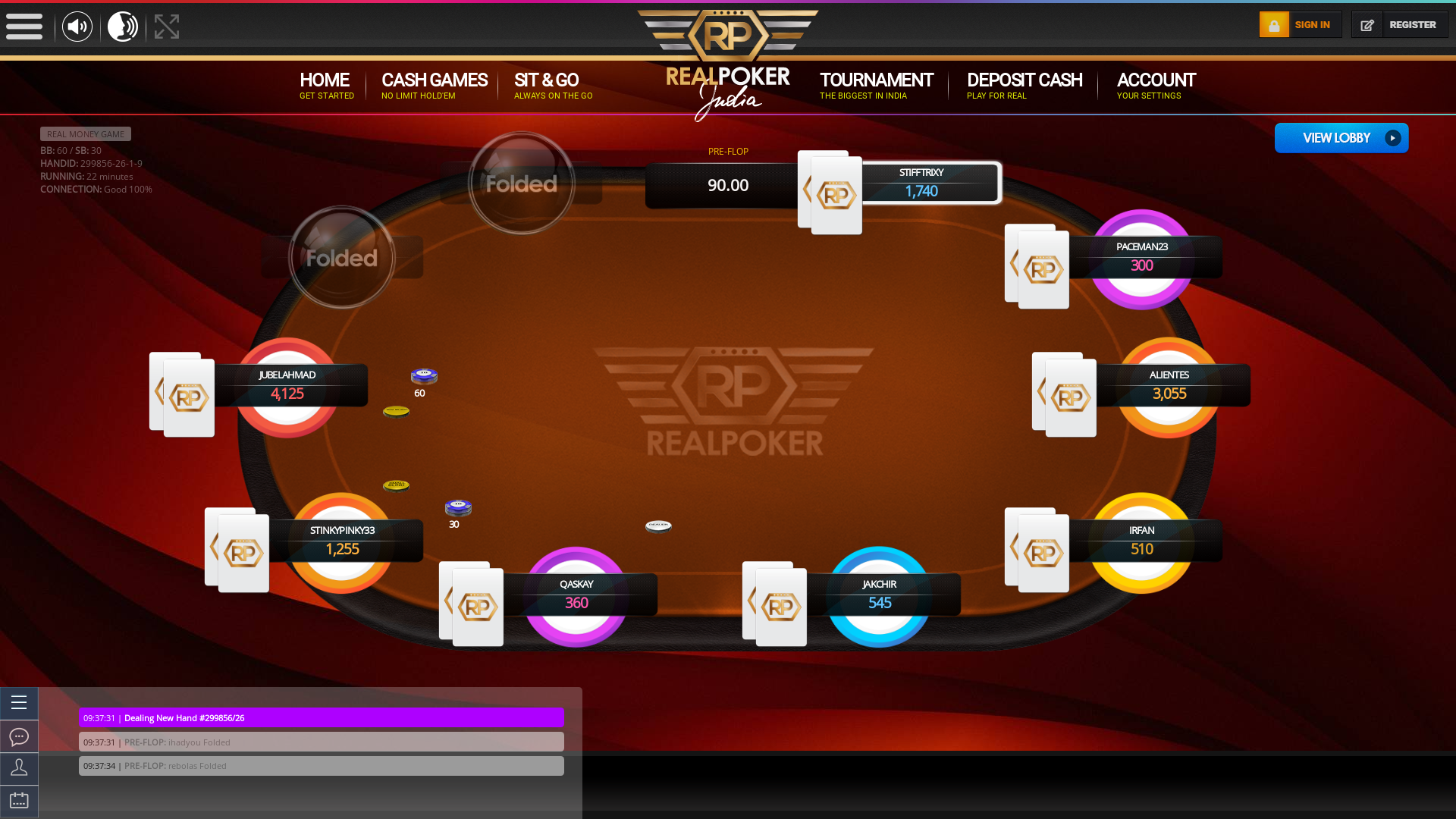 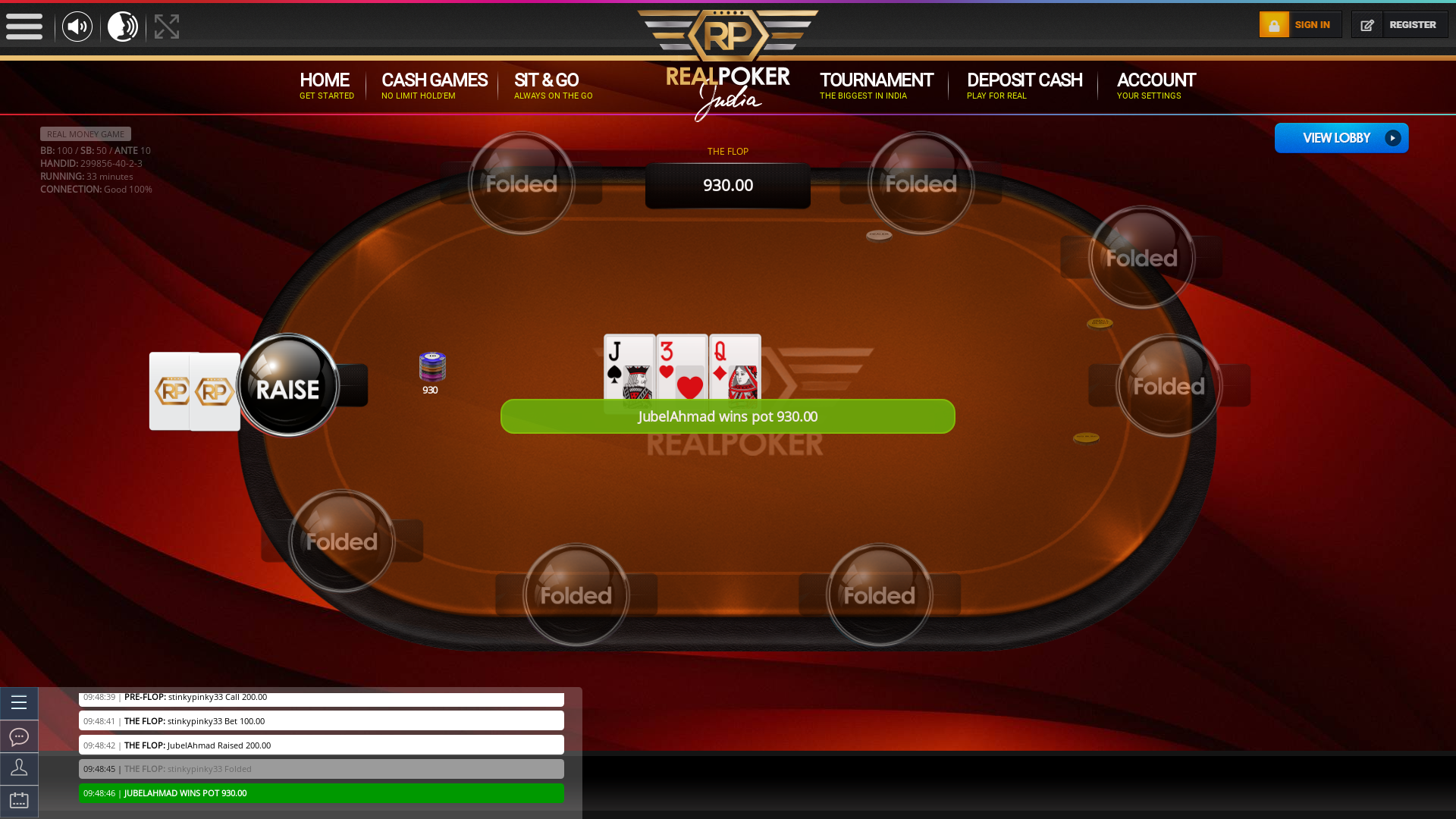 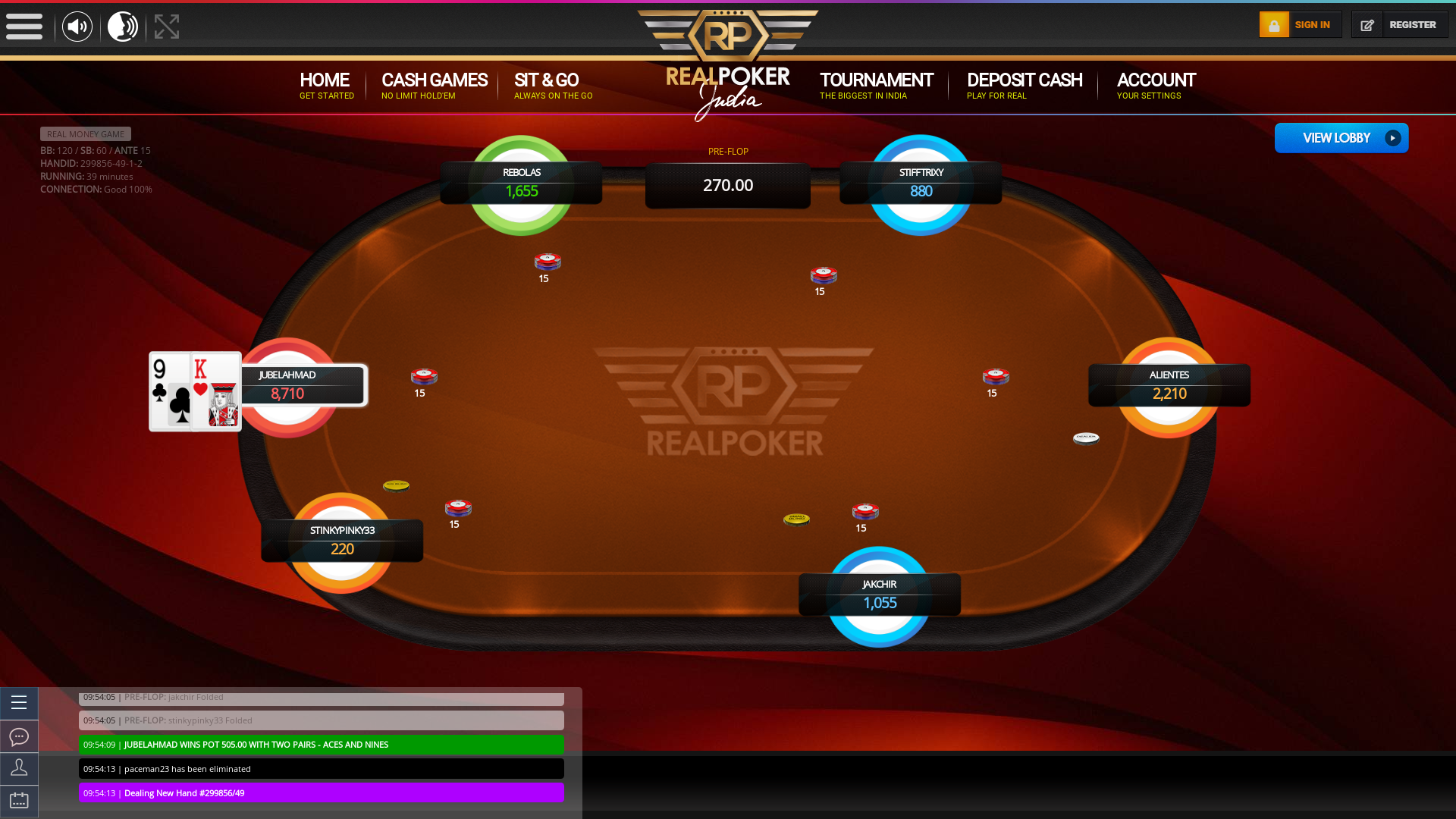 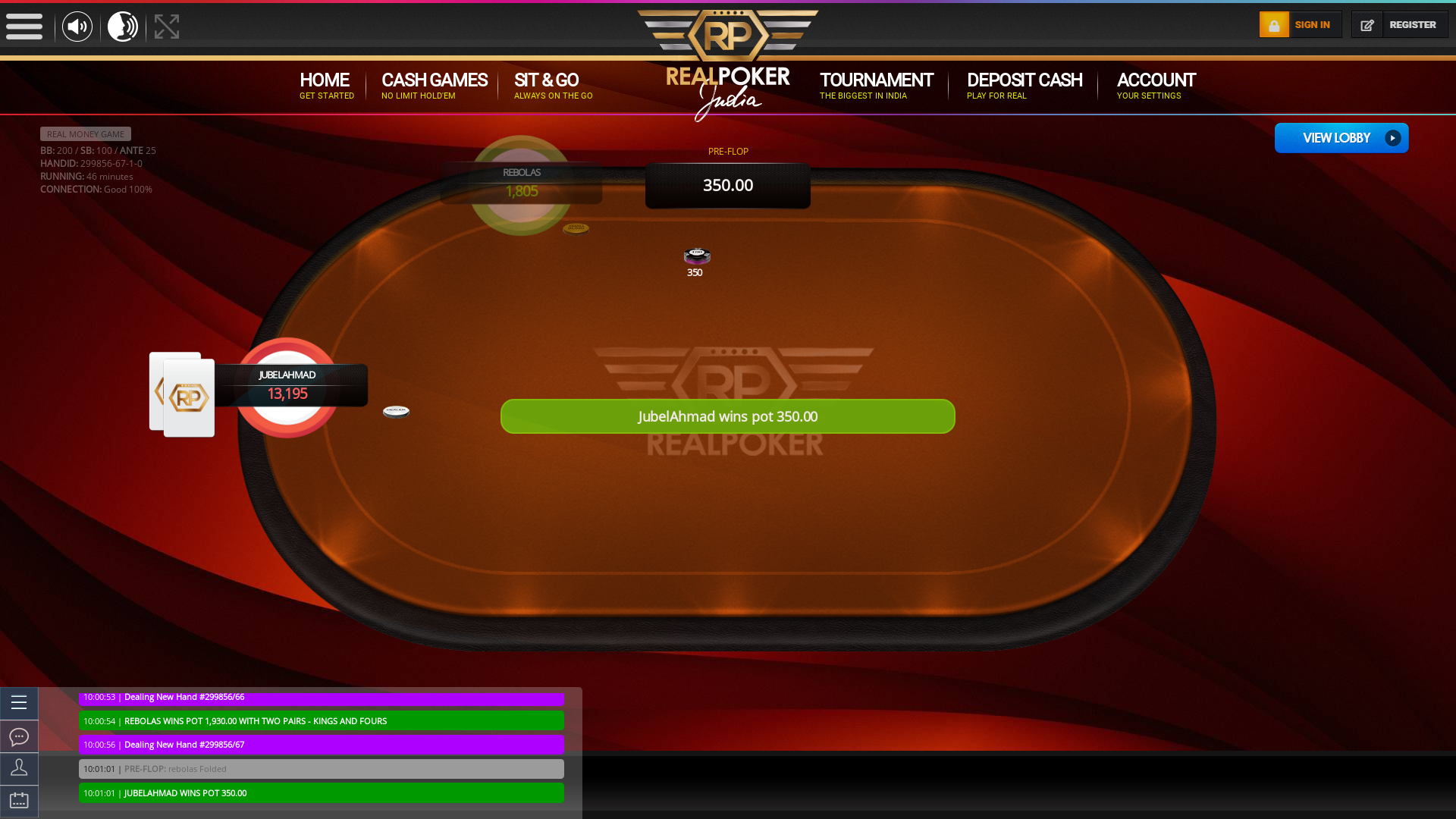 The 66th hand dealt between JubelAhmad, rebolas, on poker india