Date Published: 23rd August 2018 17:13
With the buy in for this real poker game set at ₹10.00 this promised to be a fascinating viewing with pot winning deucesdhruv who sat down with pip-boy, dindeva, sancho-pancho84, latif, varshi, yoshieleven, chukino, andonada and sheacan in a competition that lasted 36 minutes and saw a tight 51 hands contested with dindeva seeing 46 of those hands played, which led to deucesdhruv becoming the winner and taking the ₹50.00 prize money in an undeniably interesting session where dindeva was unlucky not to win. This was deucesdhruv 4th registered win since the 22nd July 2018 and saw their poker earnings to ₹55,050.00 for the period. 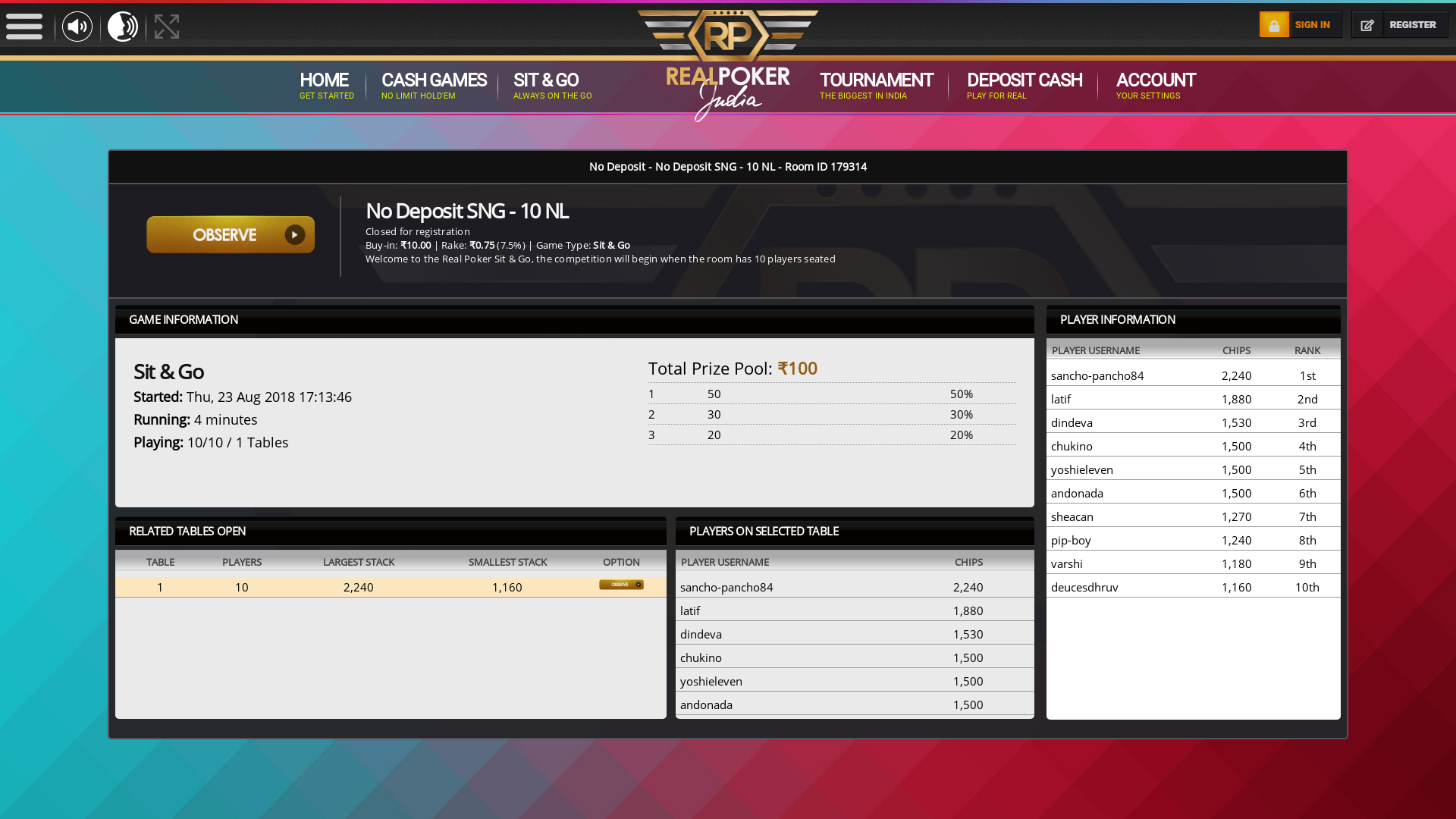 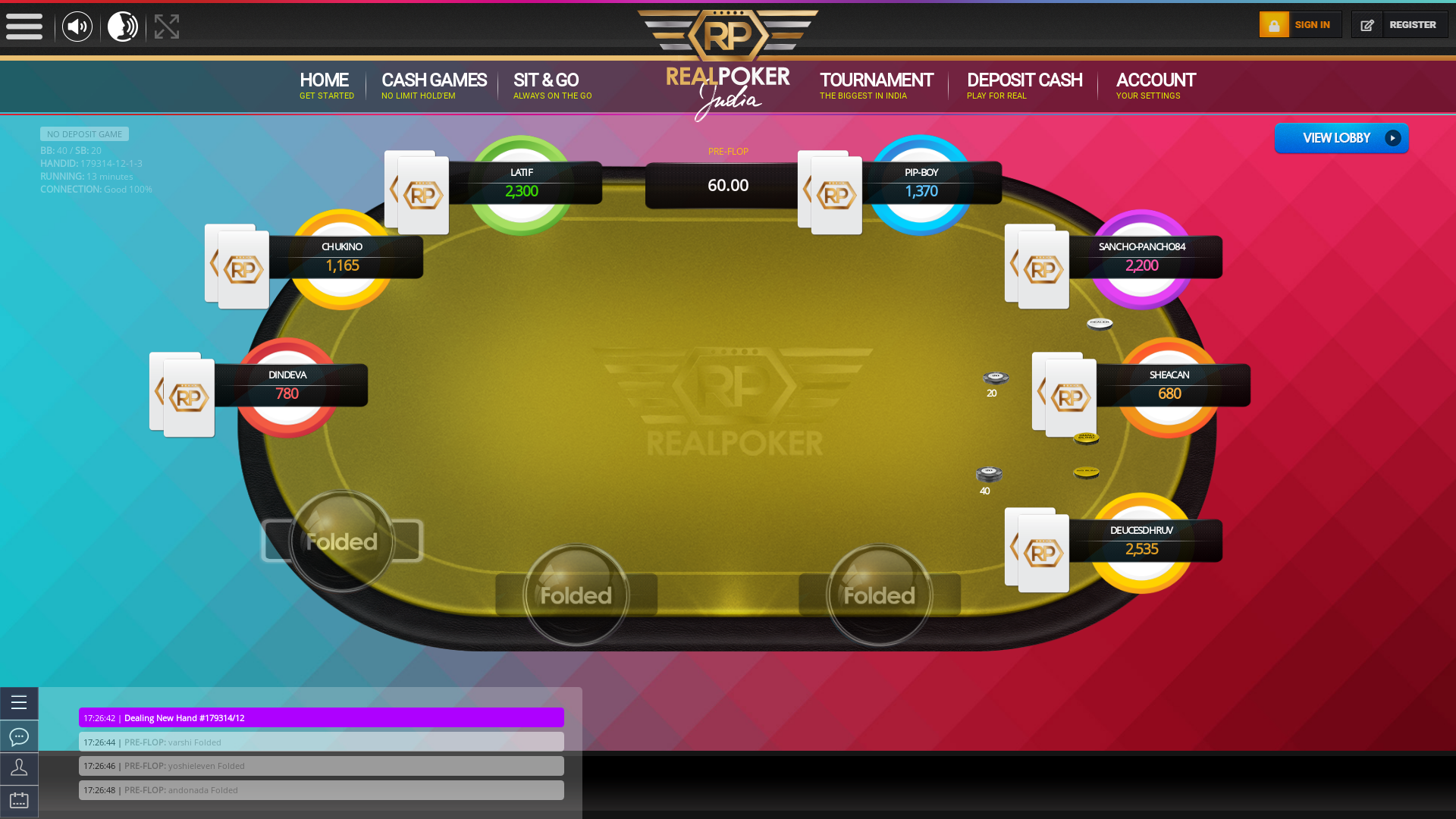 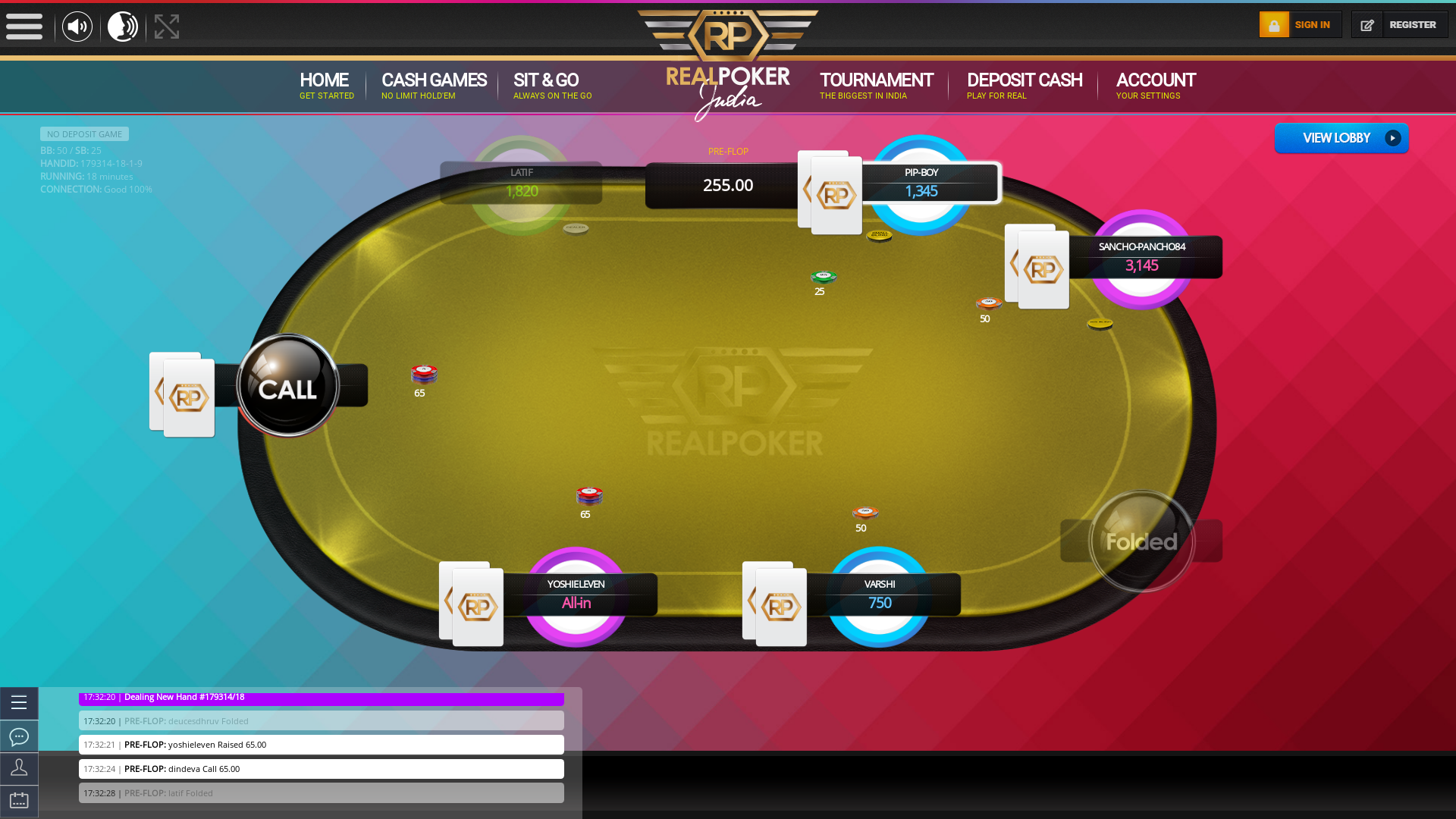 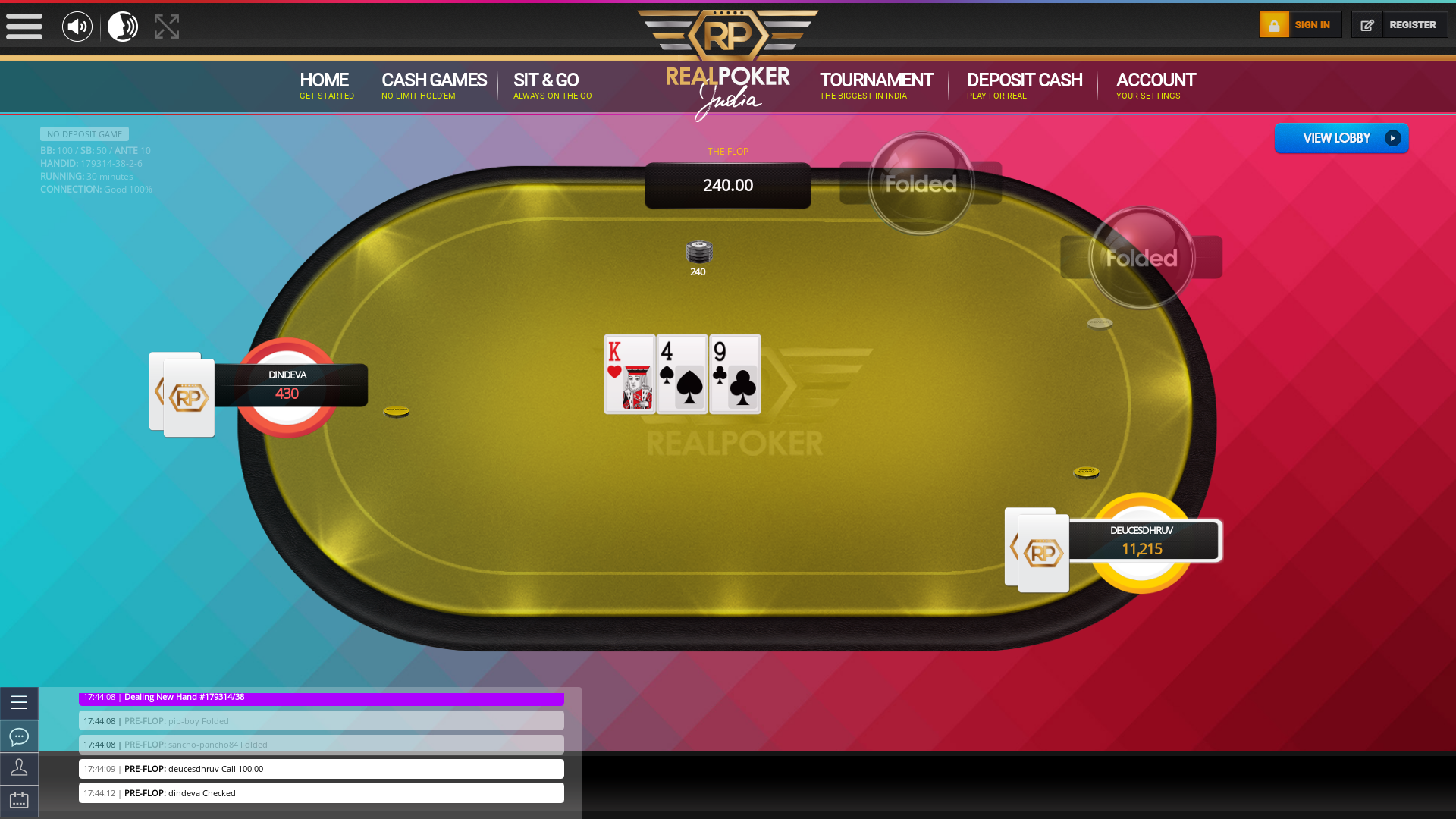 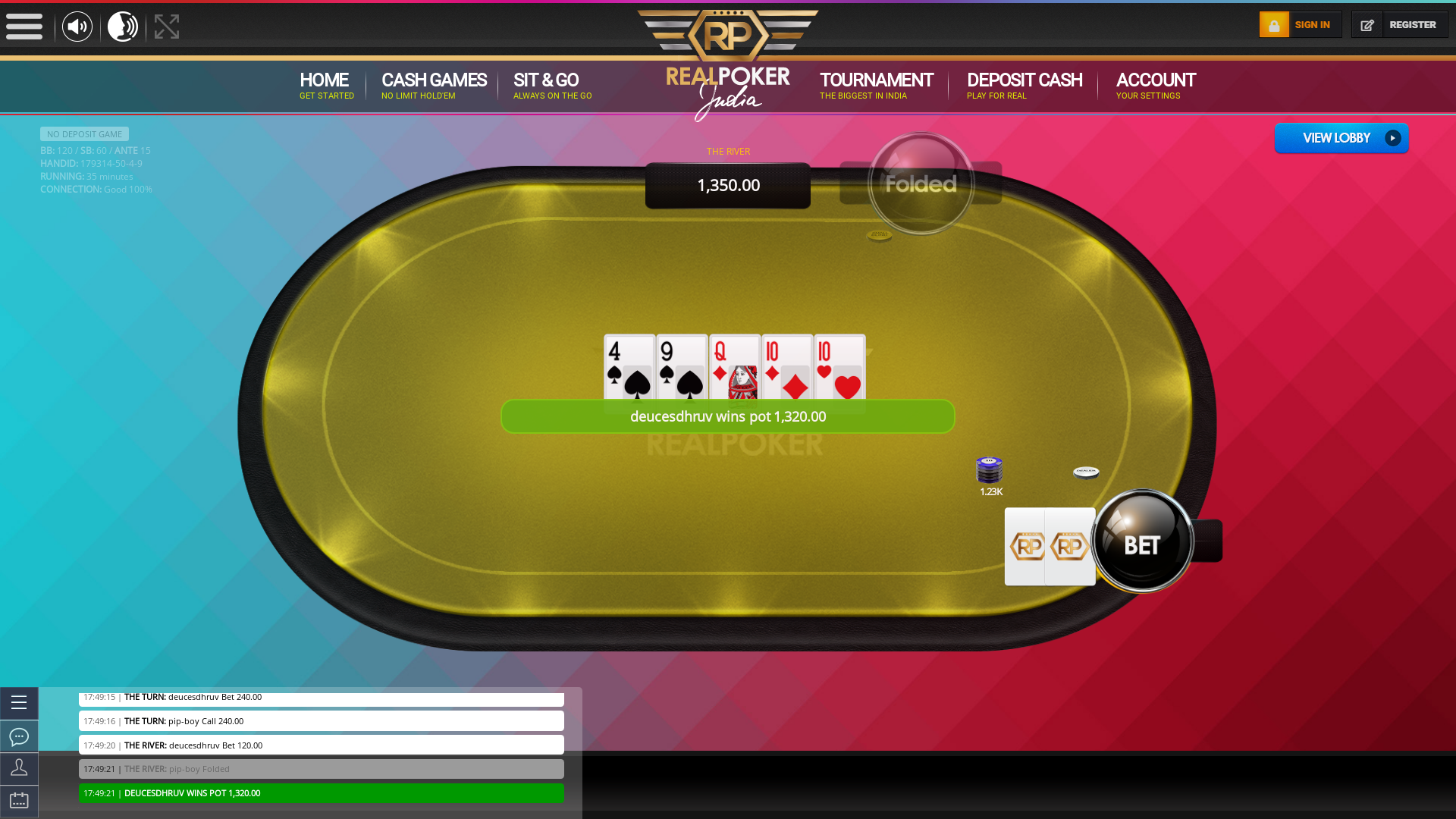