Date Published: 13th September 2018 06:24
Watching today's room setup for Nandi Hills, Bangalore saw an interesting contest with pot winner nilgau who shared a room with aceyi, pitrpen, spicy.jane, absul, candygrandpa, tavo21, stelio, chorratab and kidbuck in a event that lasted 93 minutes and saw a very aggressive 145 hands played with aceyi seeing 145 of those hands played, which led to nilgau becoming the winner and taking the ₹6,250.00 pot in an undeniably risky contest where aceyi didn't make an early advantage hold. This records nilgau 4th reported win since the 3rd July 2018 and took his poker earnings to ₹12,170.00 for their career. 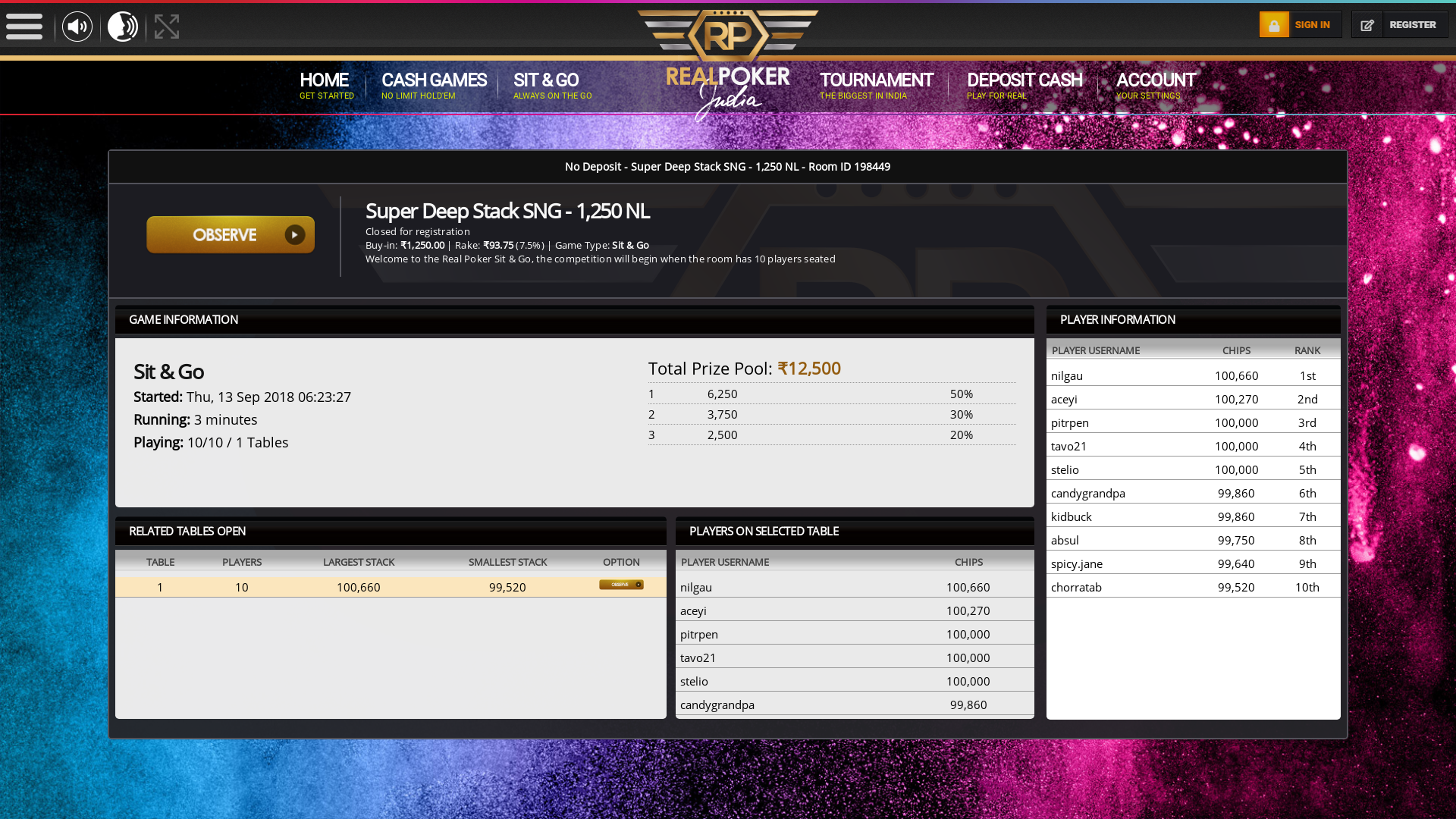 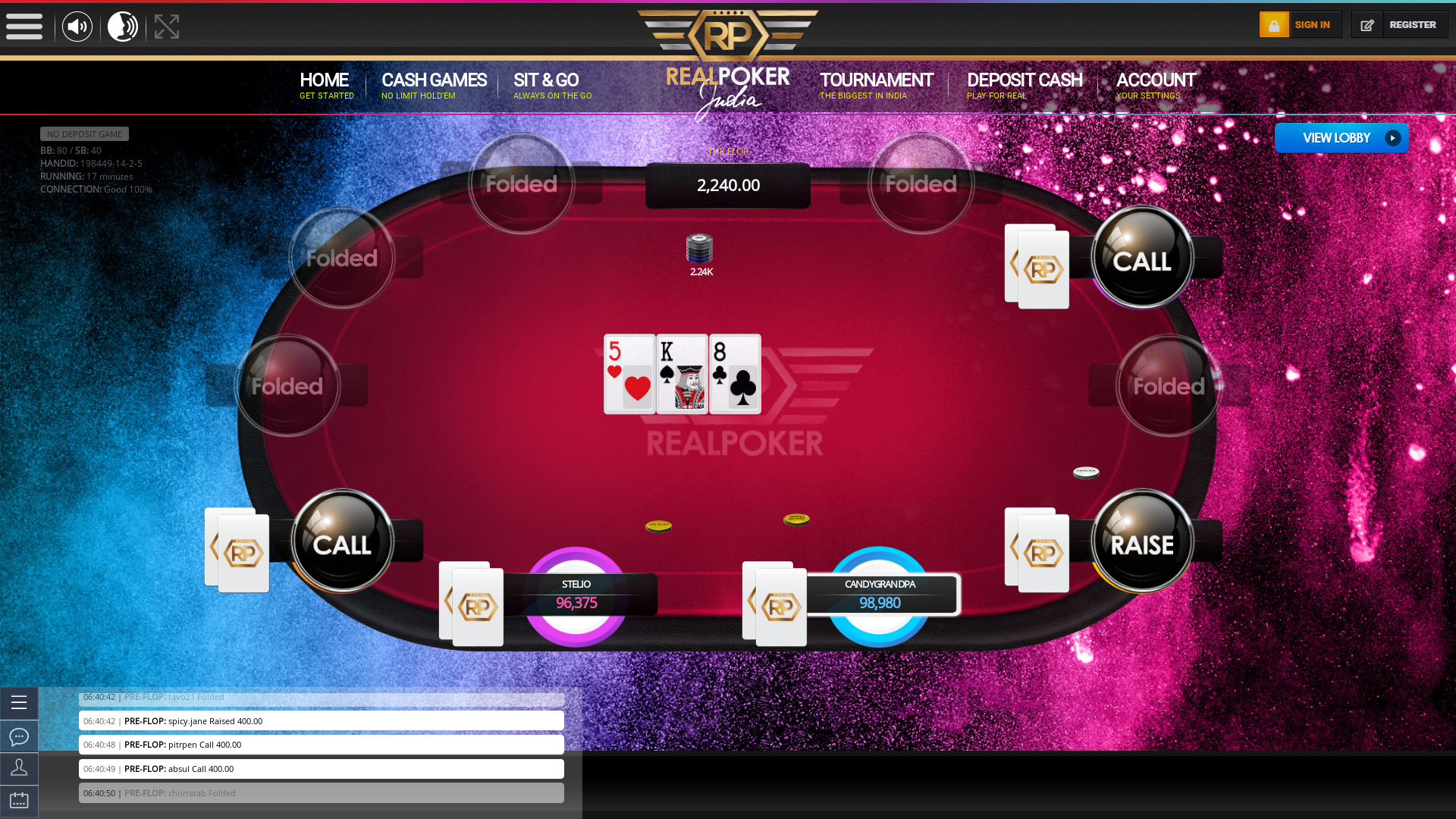 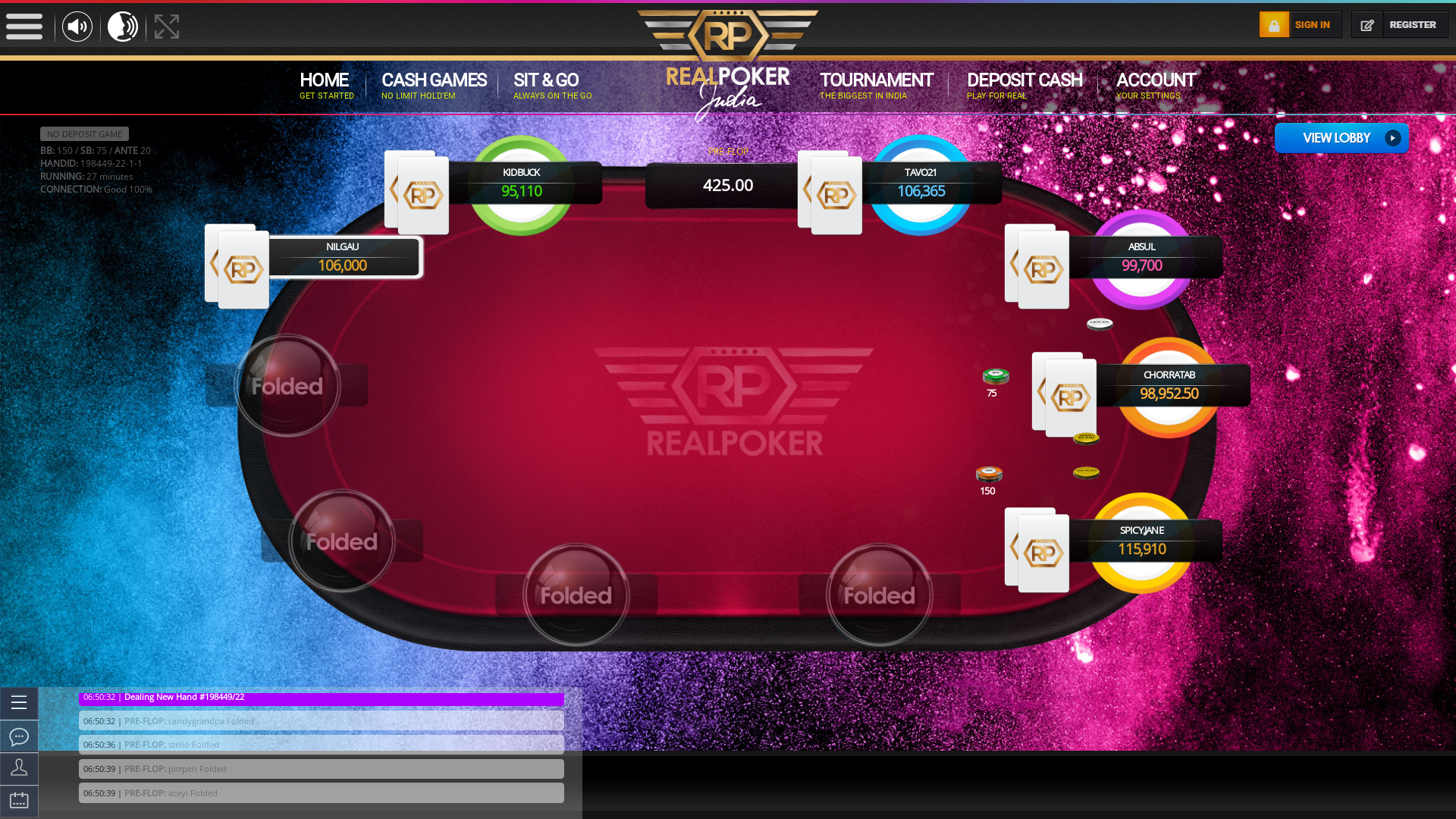 pitrpen being aggressive in the 27th minute 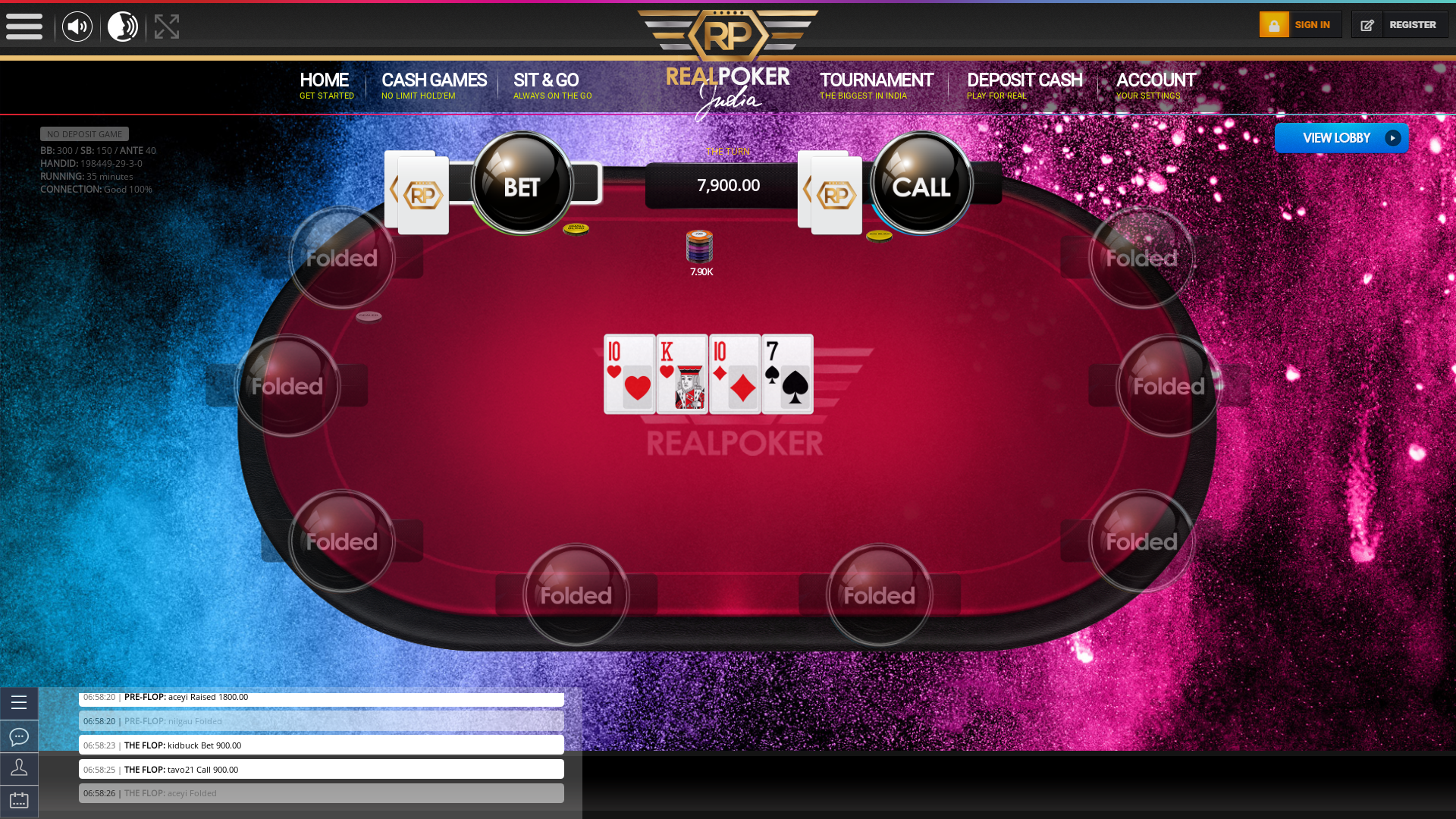 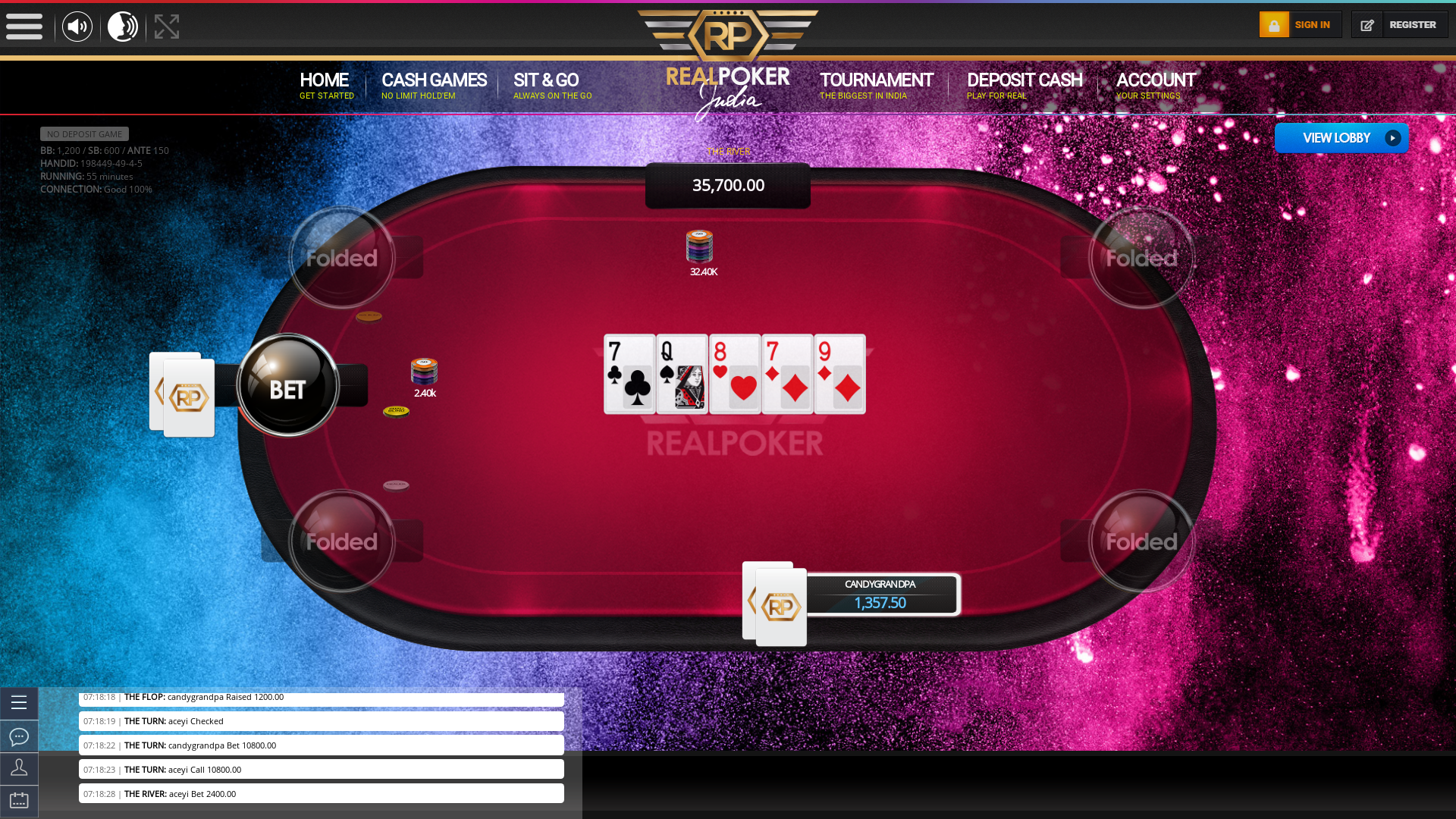 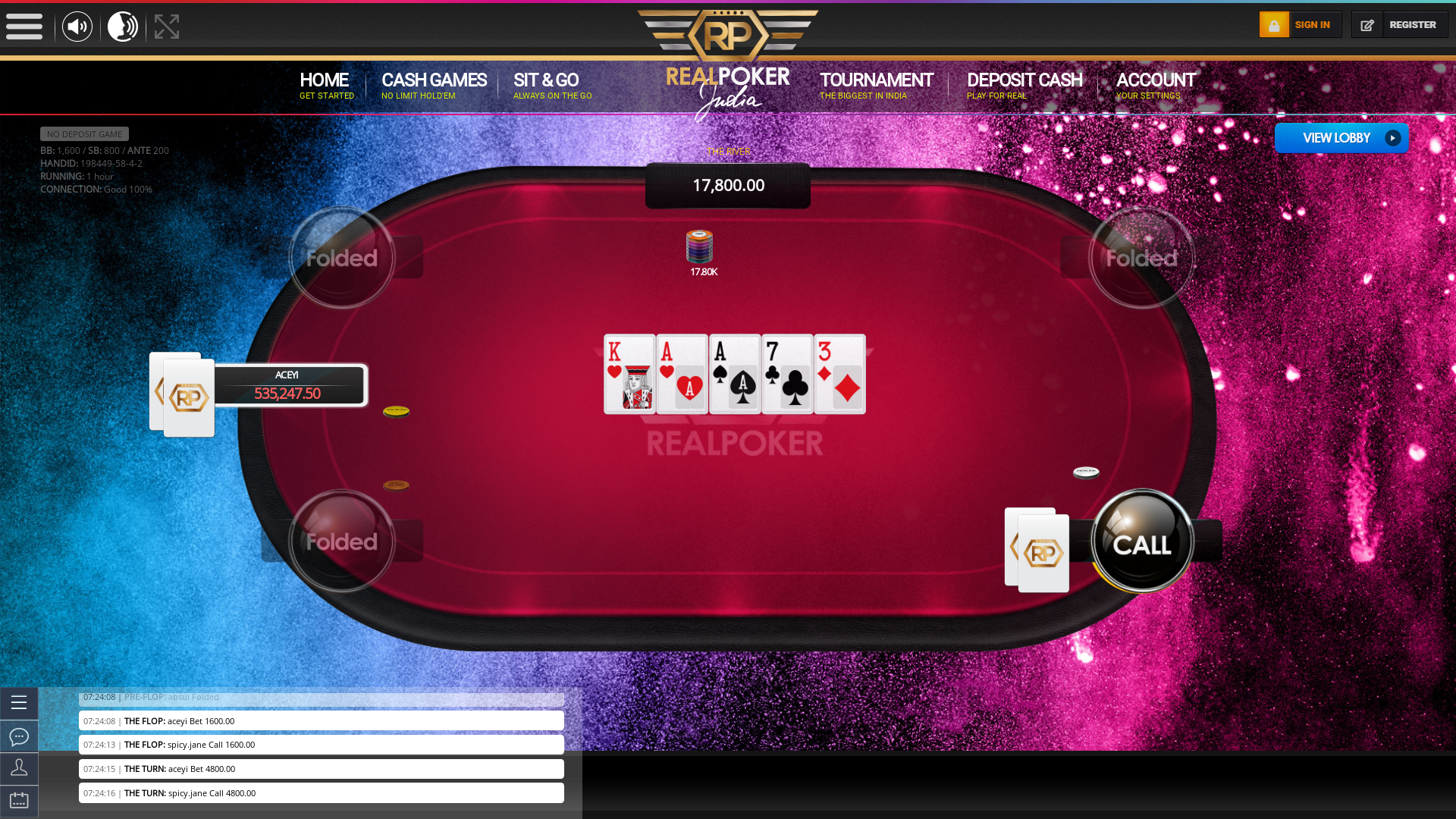 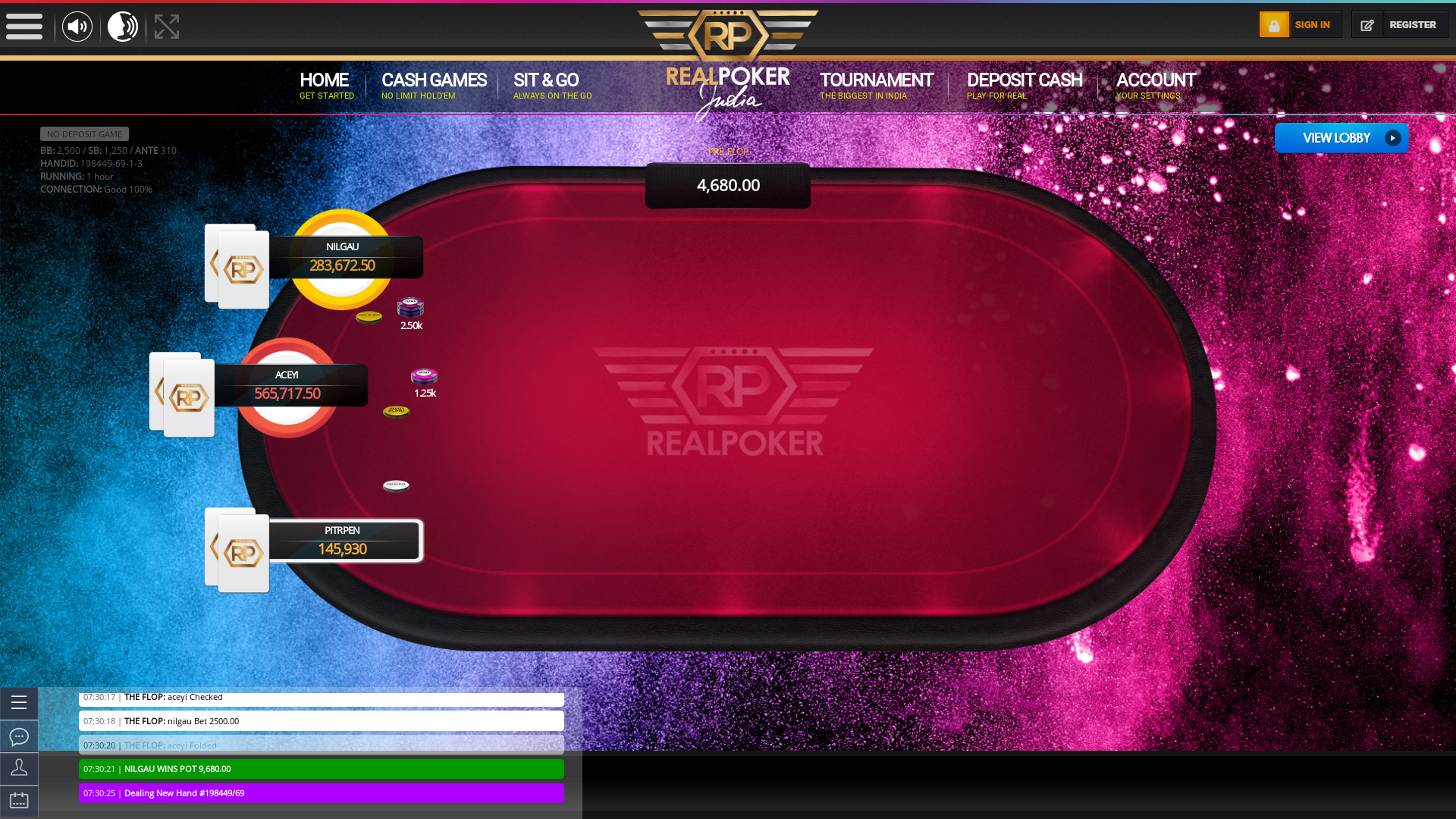 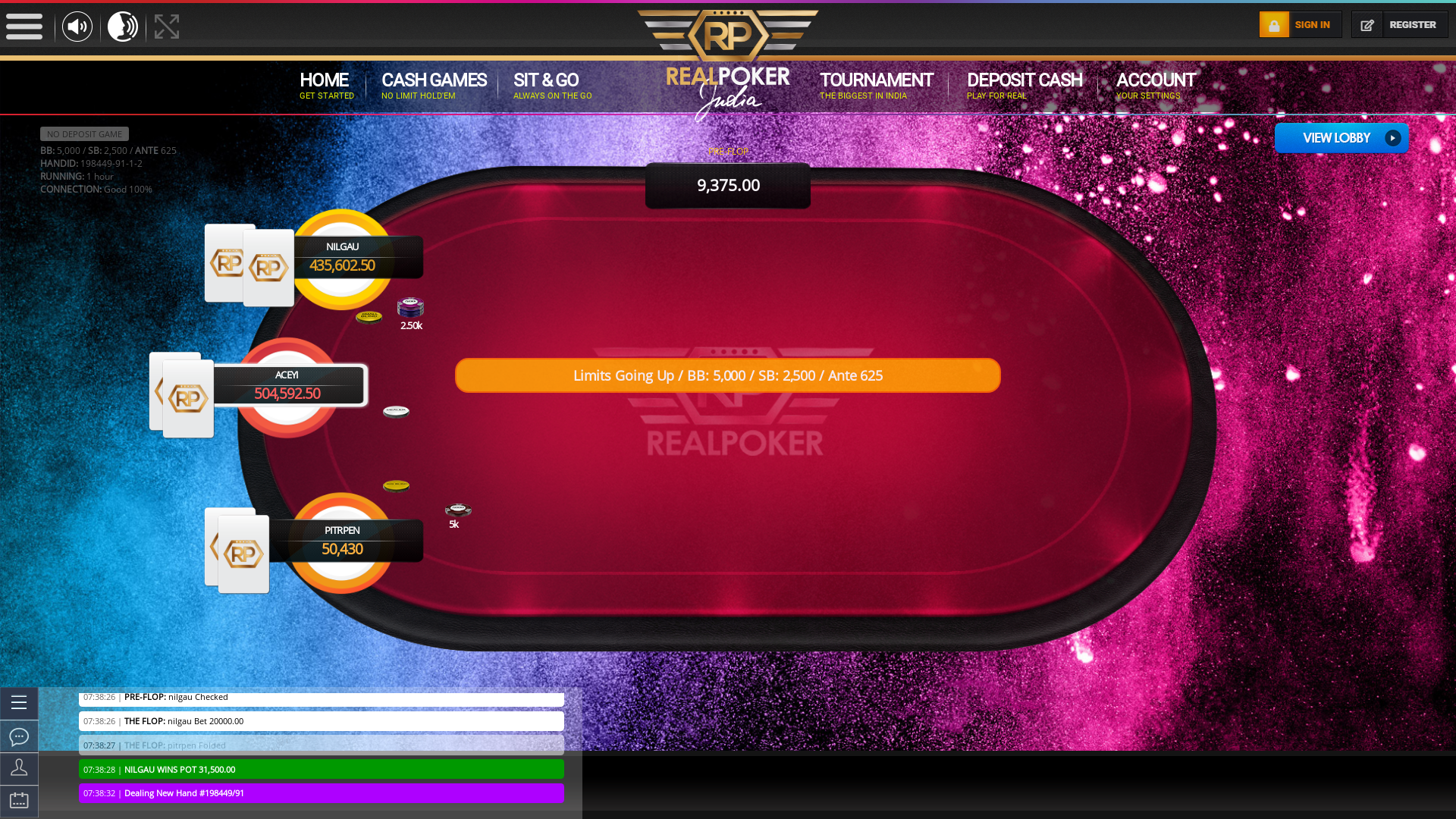