Date Published: 12th January 2019 15:14
In what was a attractive viewing with eventual real money winner rufusblack who shared a table with avemneave, deckofearl, diogosena, tanvi_trips, semik, azalleycat, justaddy, maguhn and dalli in a meeting that lasted 54 minutes and saw a enticing 77 hands played which saw avemneave playing 41 hands of the 77 they saw dealt, which led to rufusblack becoming the winner and taking the ₹2,000.00 pot in an assuredly tight and loose game where avemneave threw away chances to dominate. Showing impressive tactical ability this was rufusblack 5th top finish since 4th August 2018 and took their poker earnings to ₹21,800.00, showing other people that rufusblack is a contender on the HSR Layout, Bangalore poker rooms. 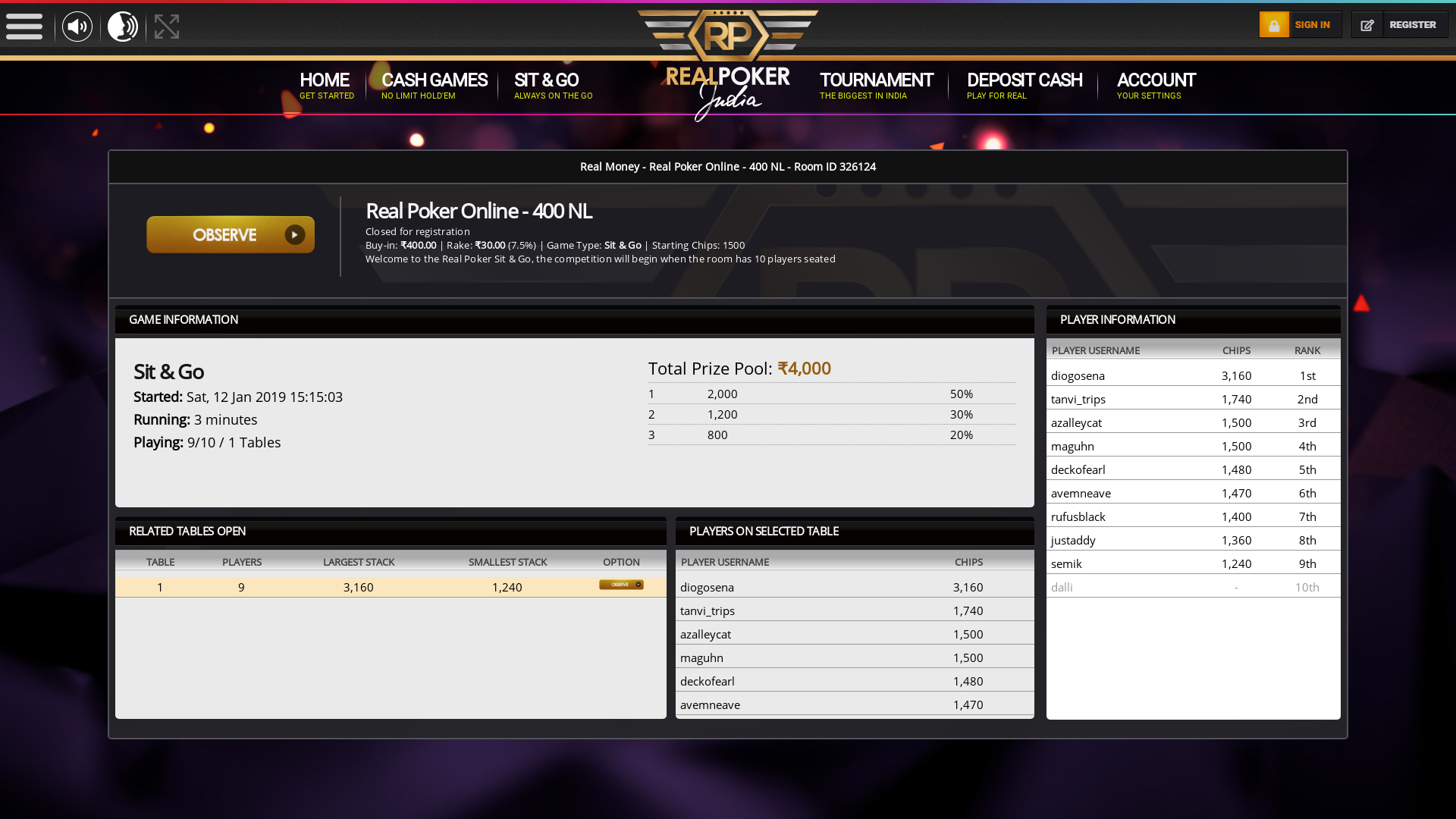 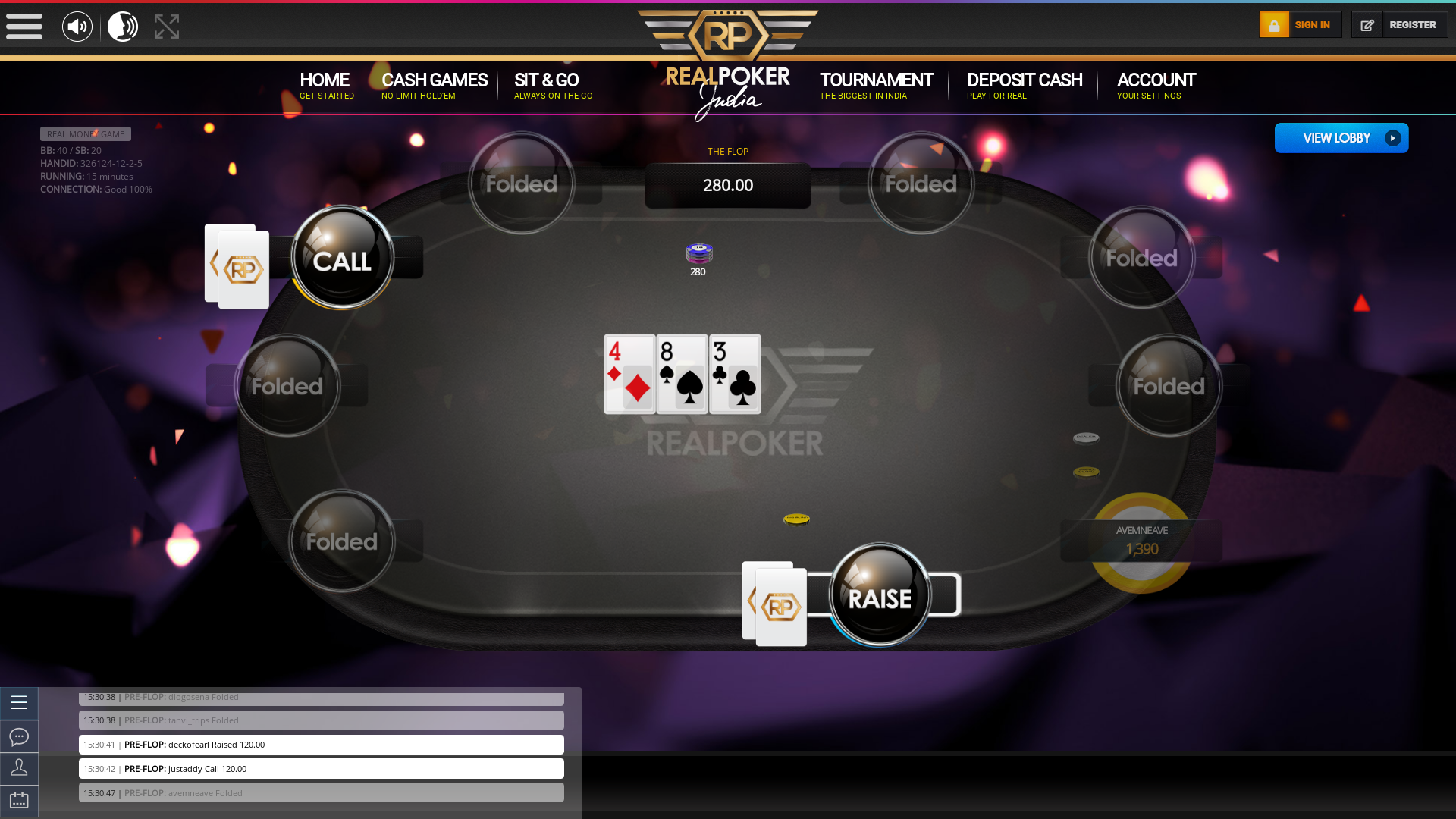 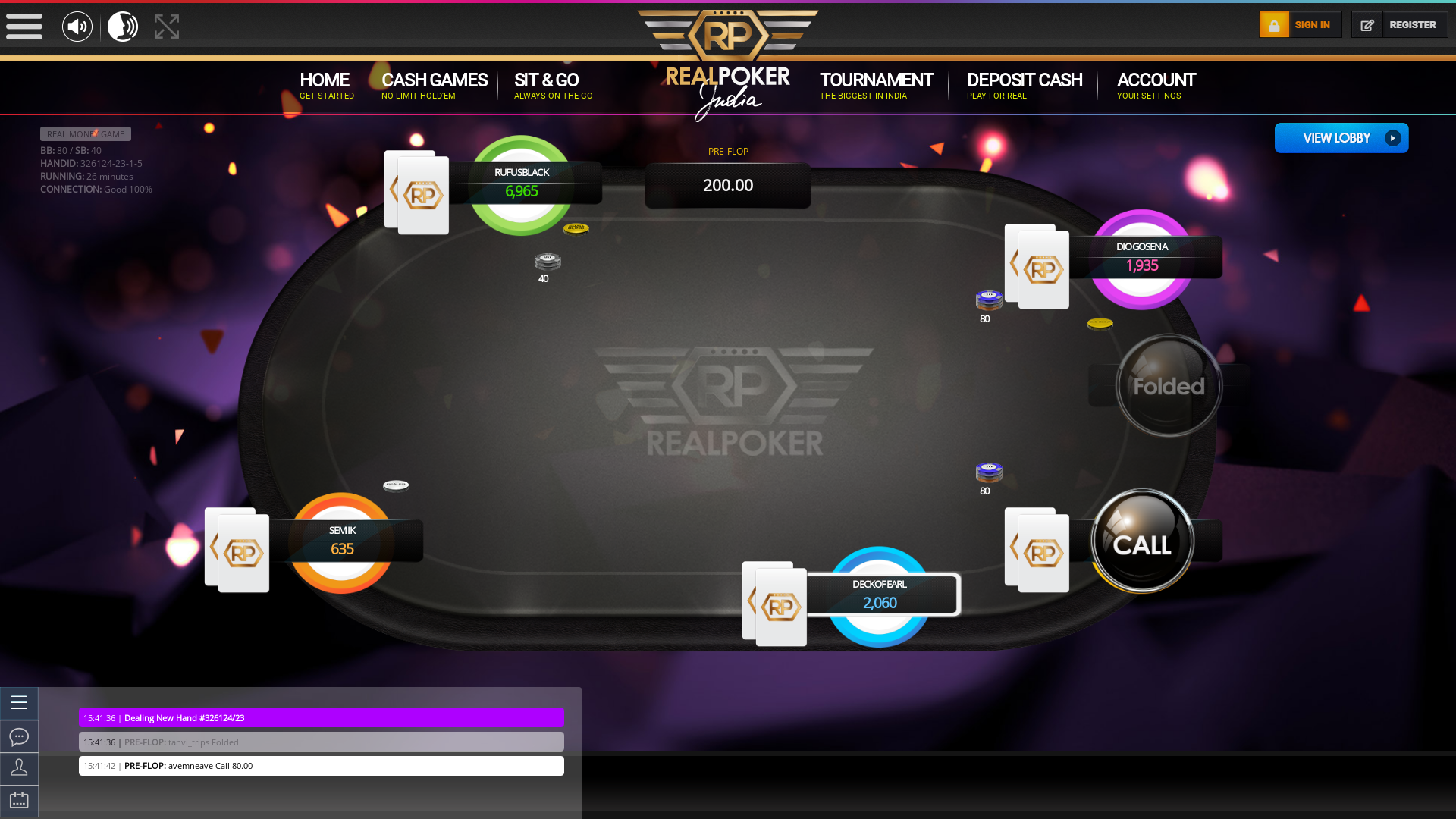 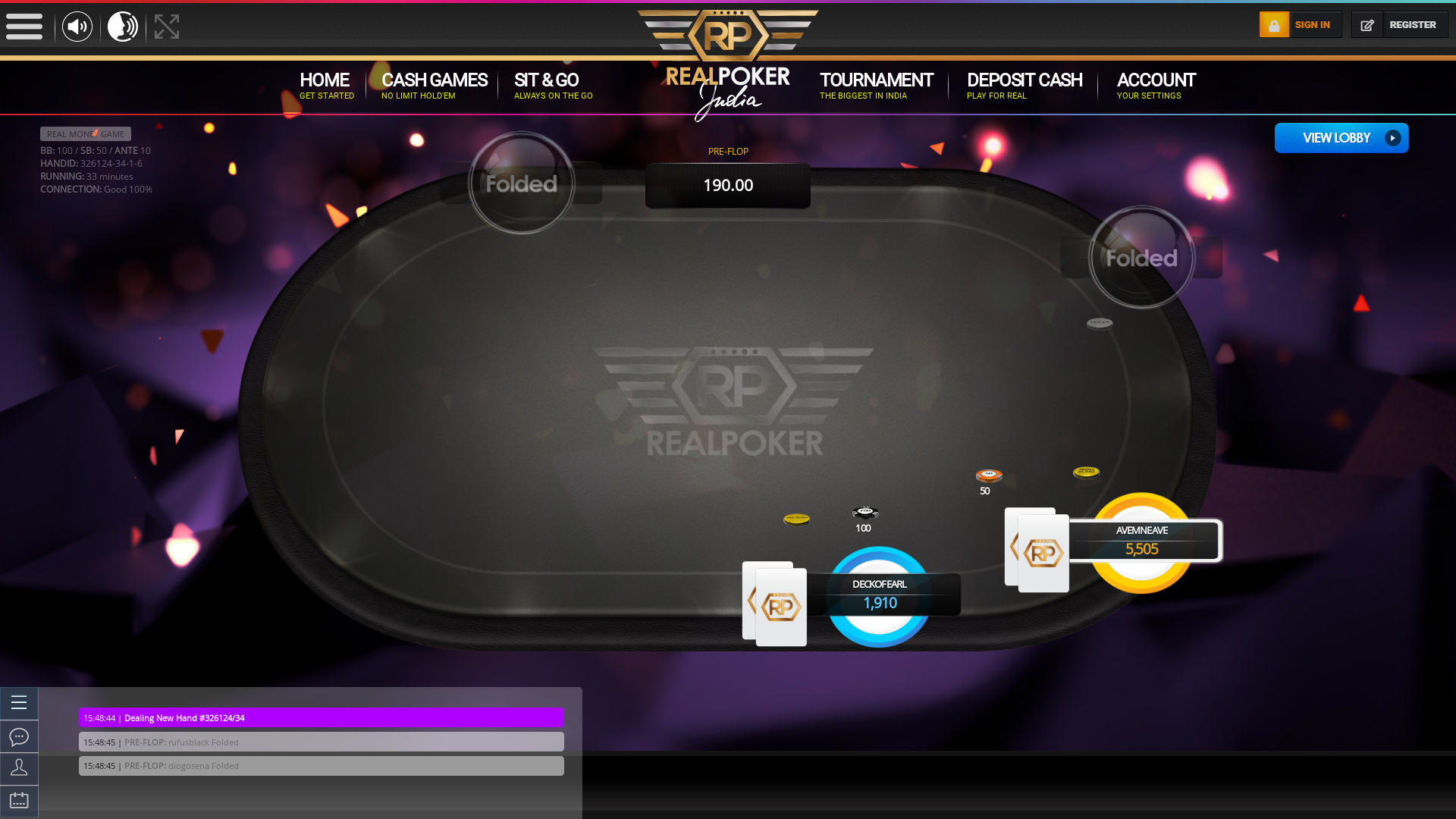 33rd dealt hand of the game with rufusblack 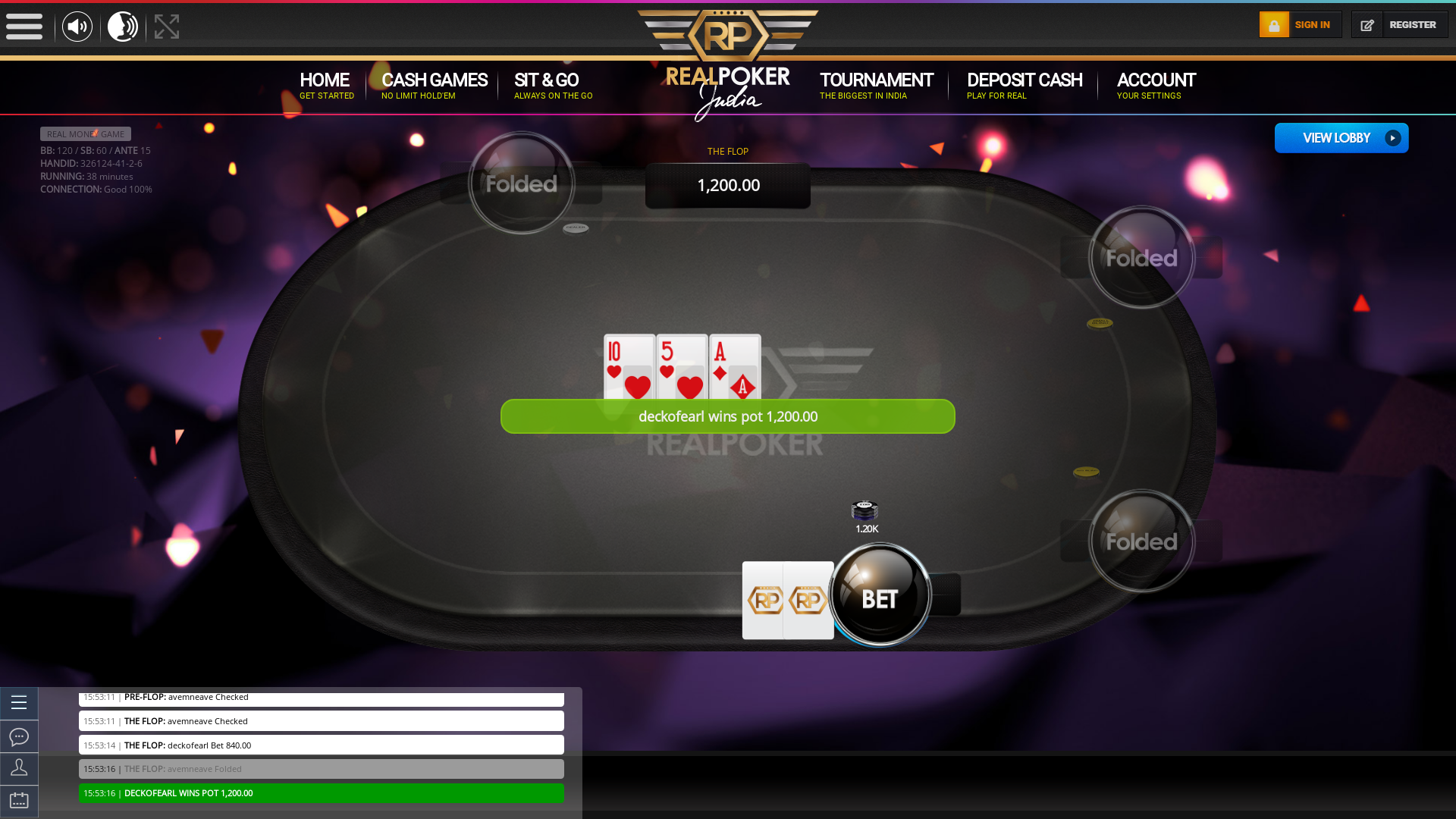 rufusblack being aggressive in the 38th minute 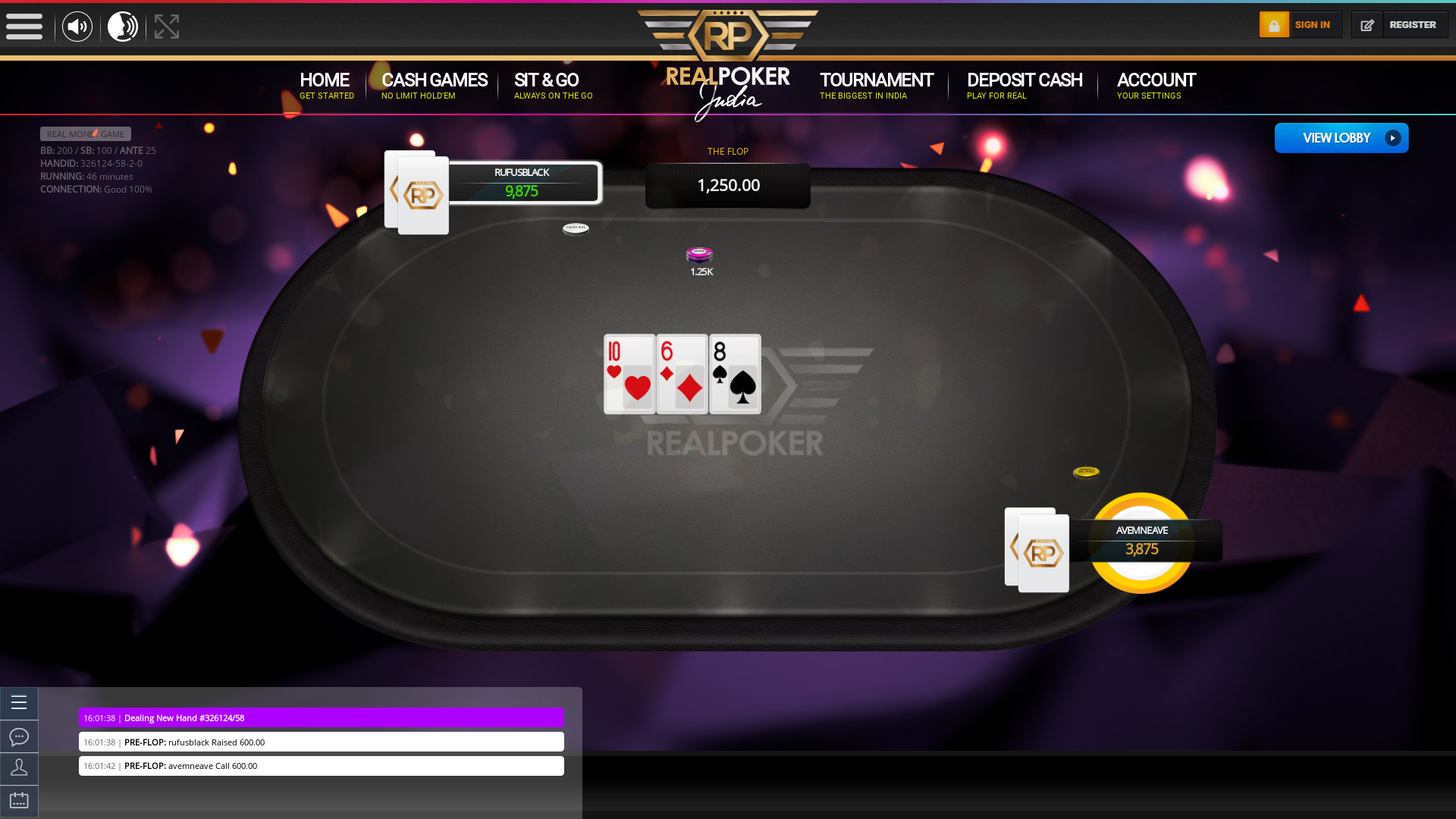