Date Published: 10th July 2018 10:50
The stake for this 10 player game was set at ₹500.00 and this proved to be a gripping encounter with undeniable winner pavla.l squaring up against chu-norri, dewwilly, tincho, perisp, blindsman, shtykh, fidela, apogard and corinex in a match that lasted 51 minutes and saw a passive 159 hands contested which saw chu-norri playing 73 hands of the 159 they saw dealt, which went onto see pavla.l run out the winner and taking the ₹2,500.00 pot in what was a extremely loose game where perisp failed to make a big chip lead count. 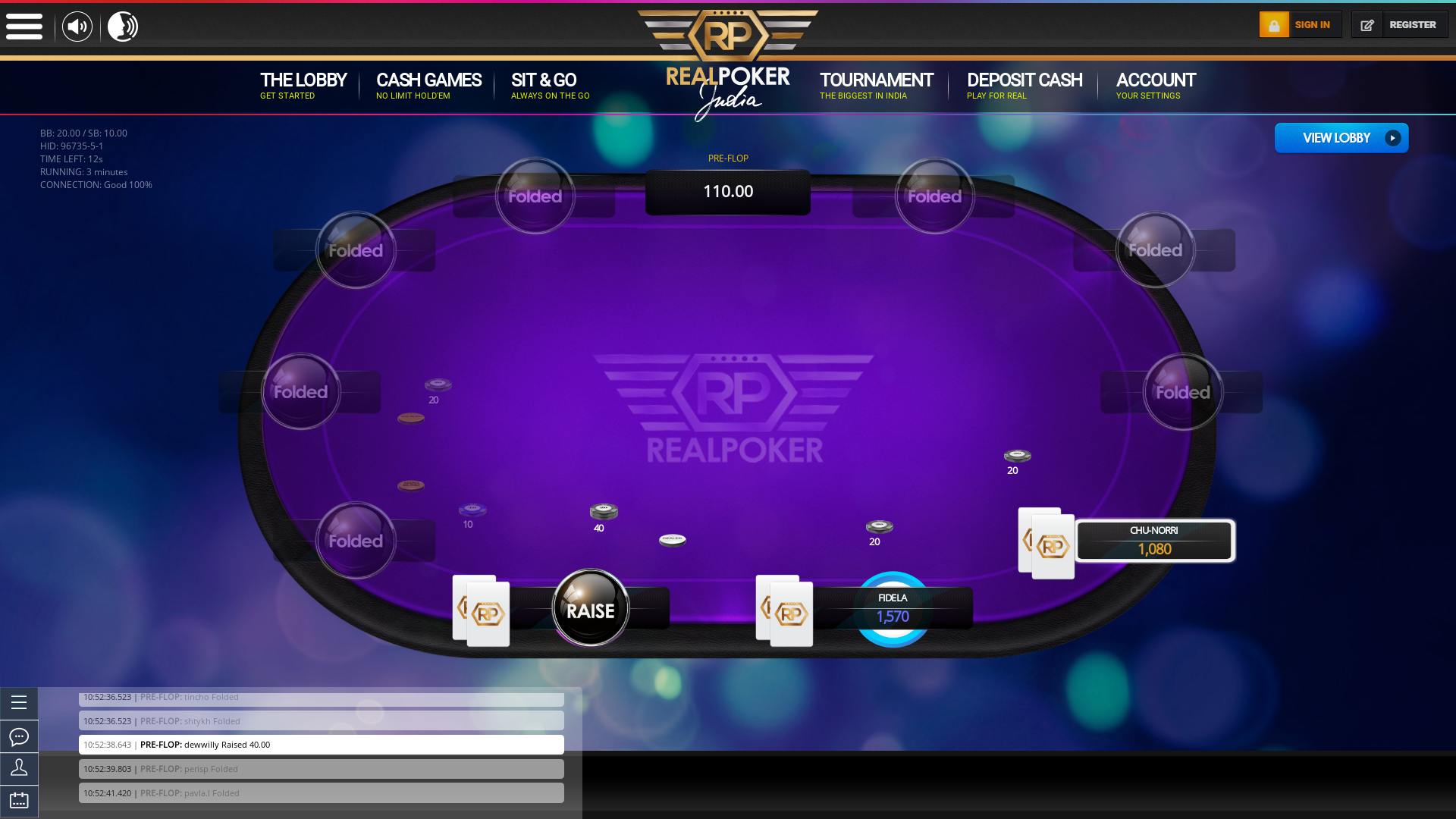 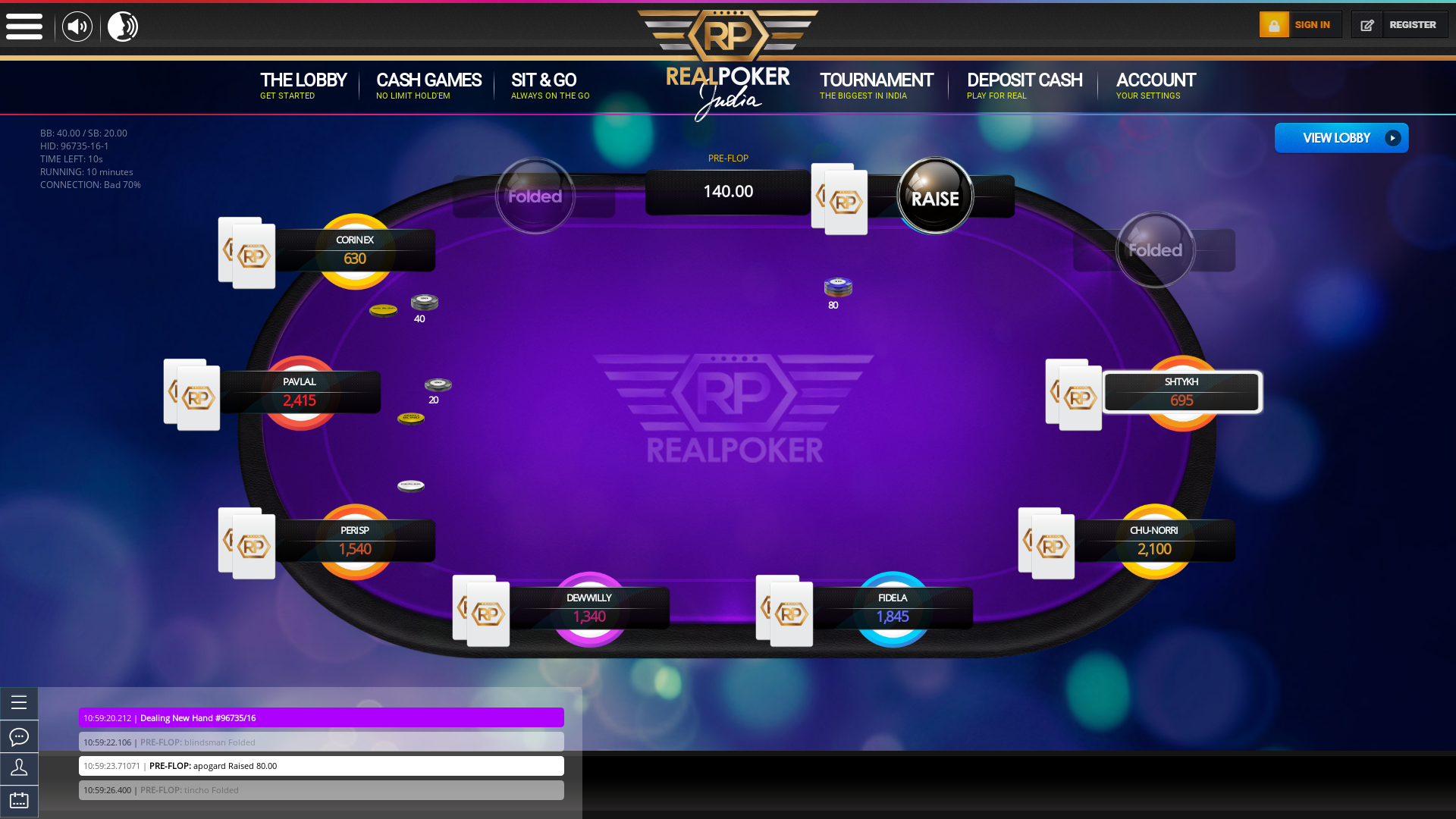 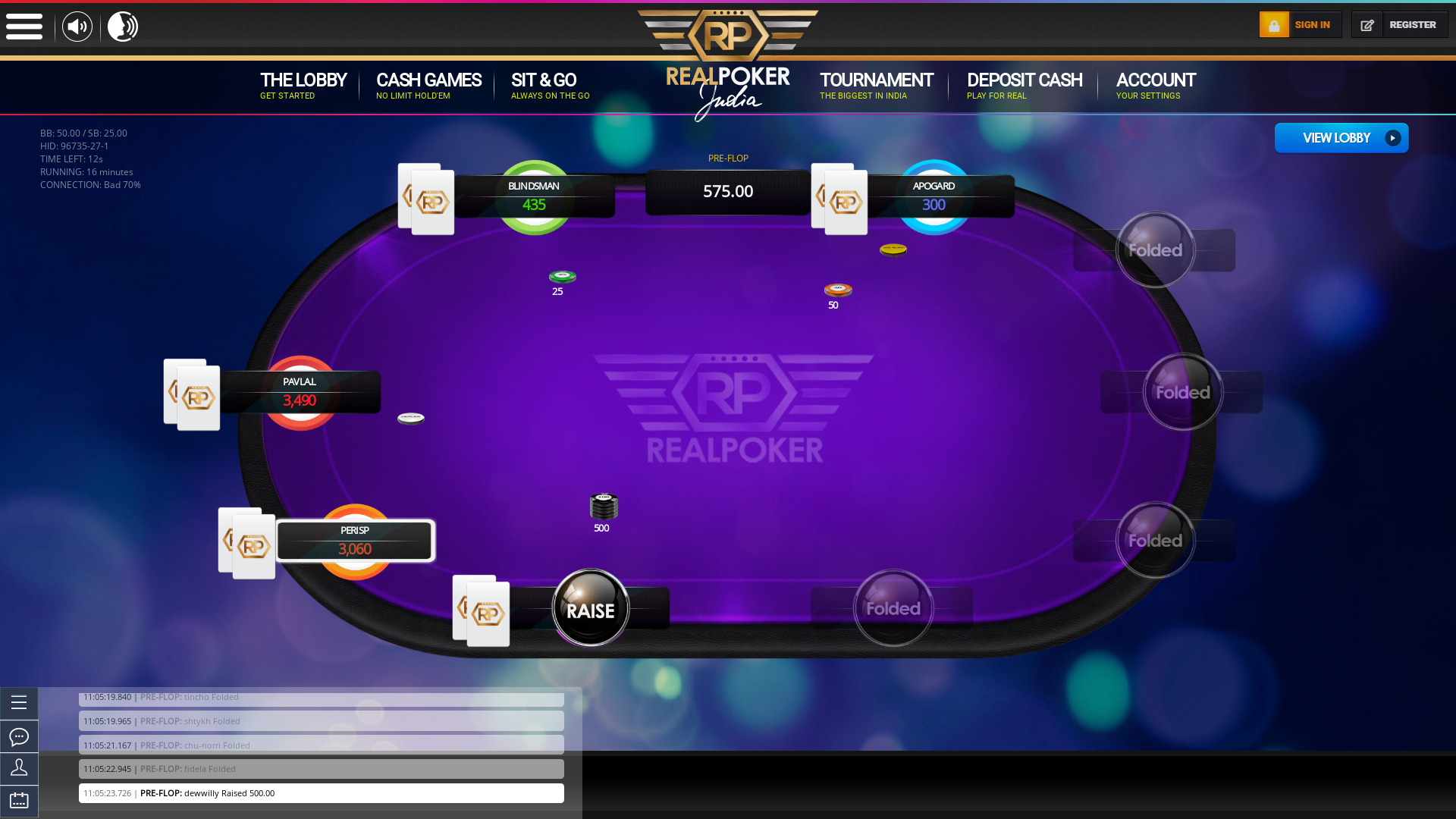 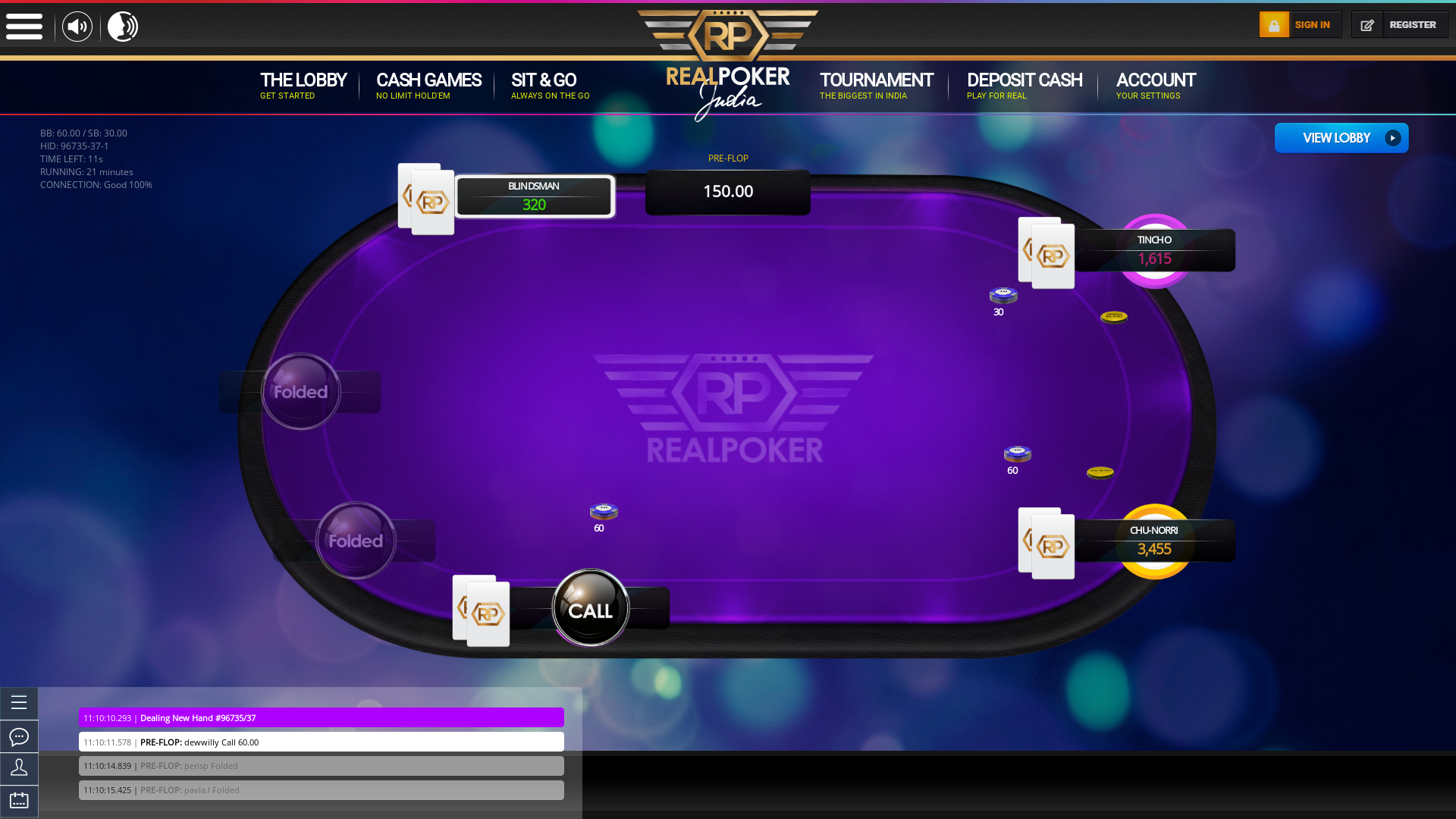 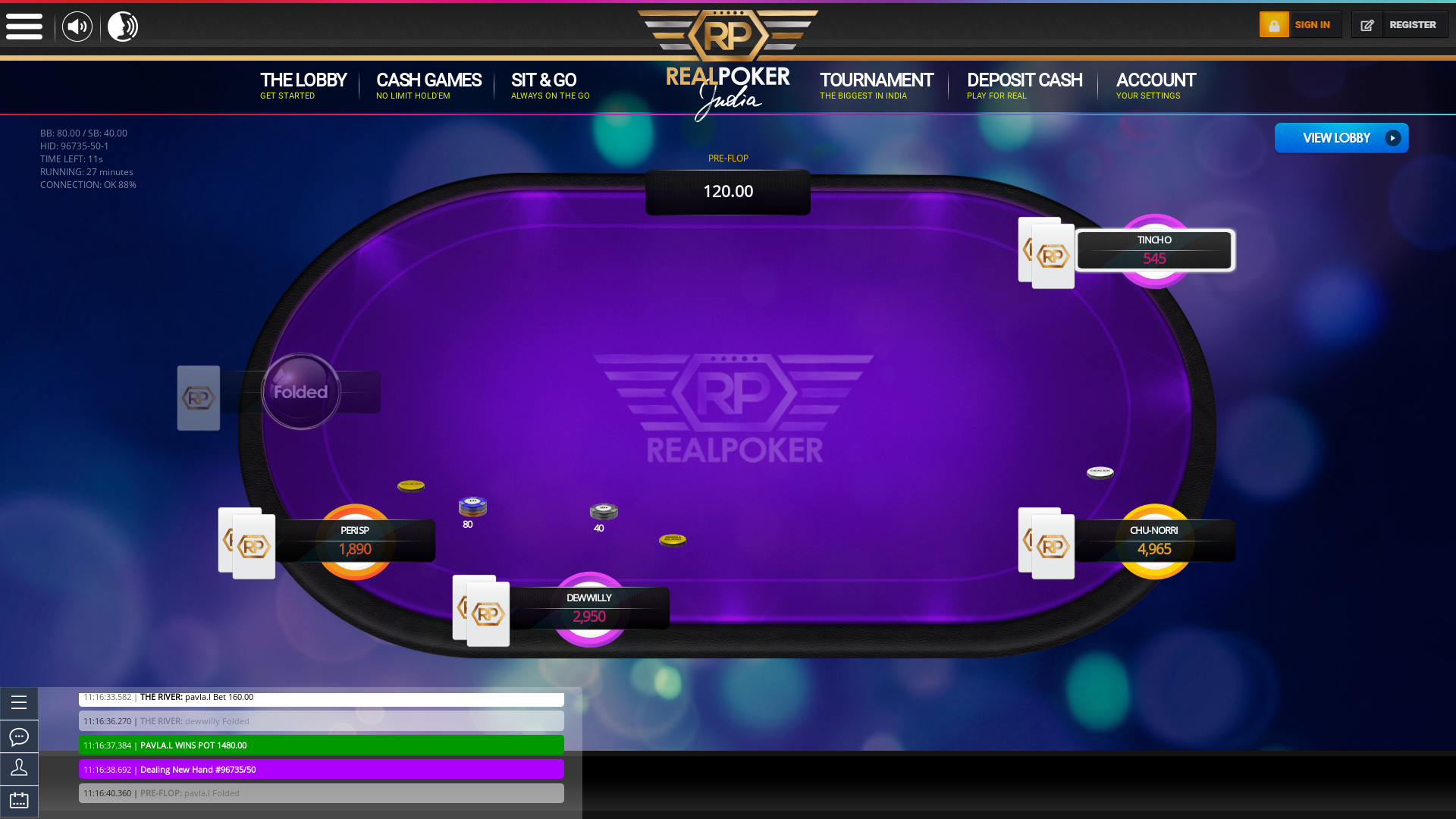 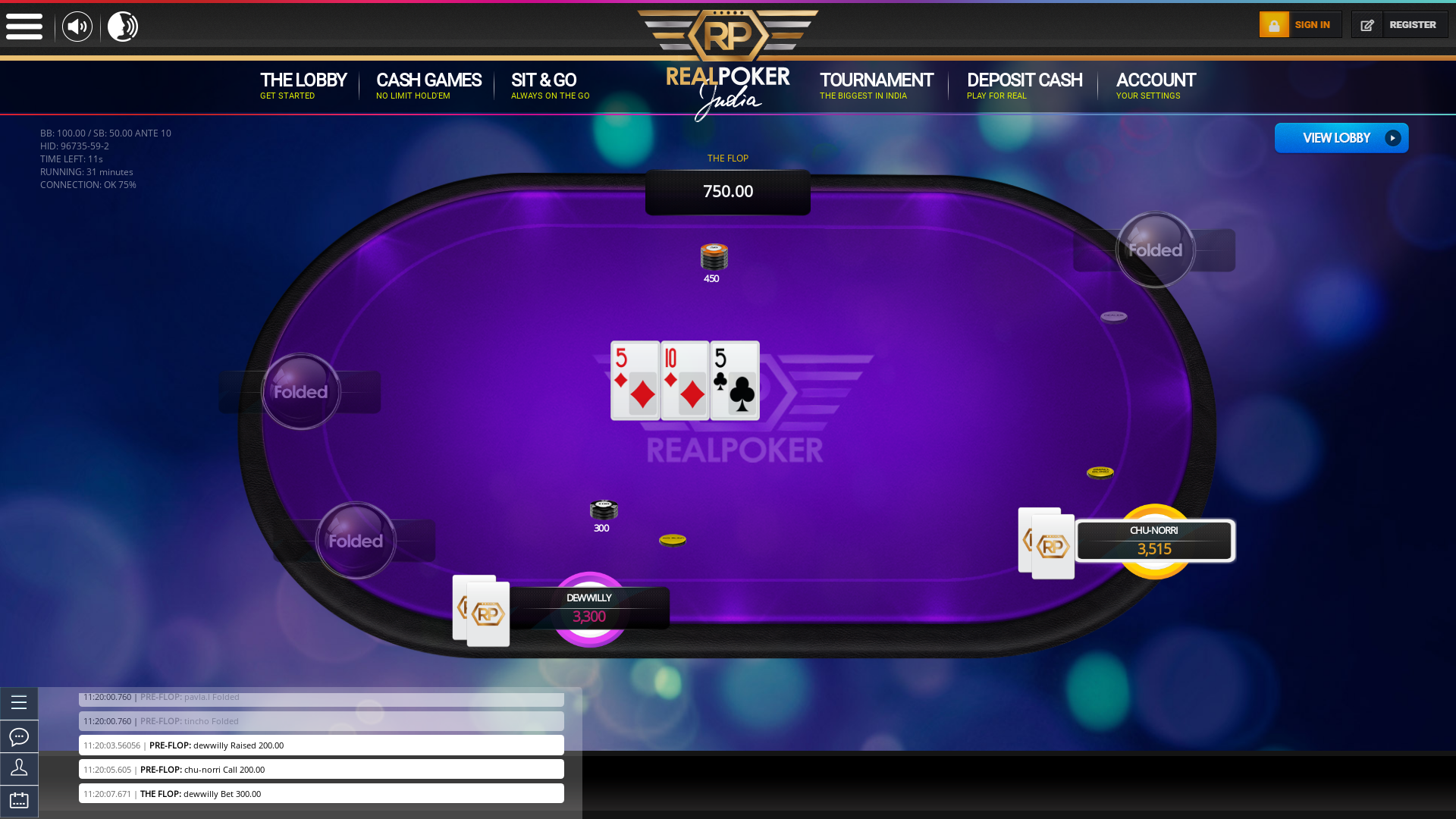 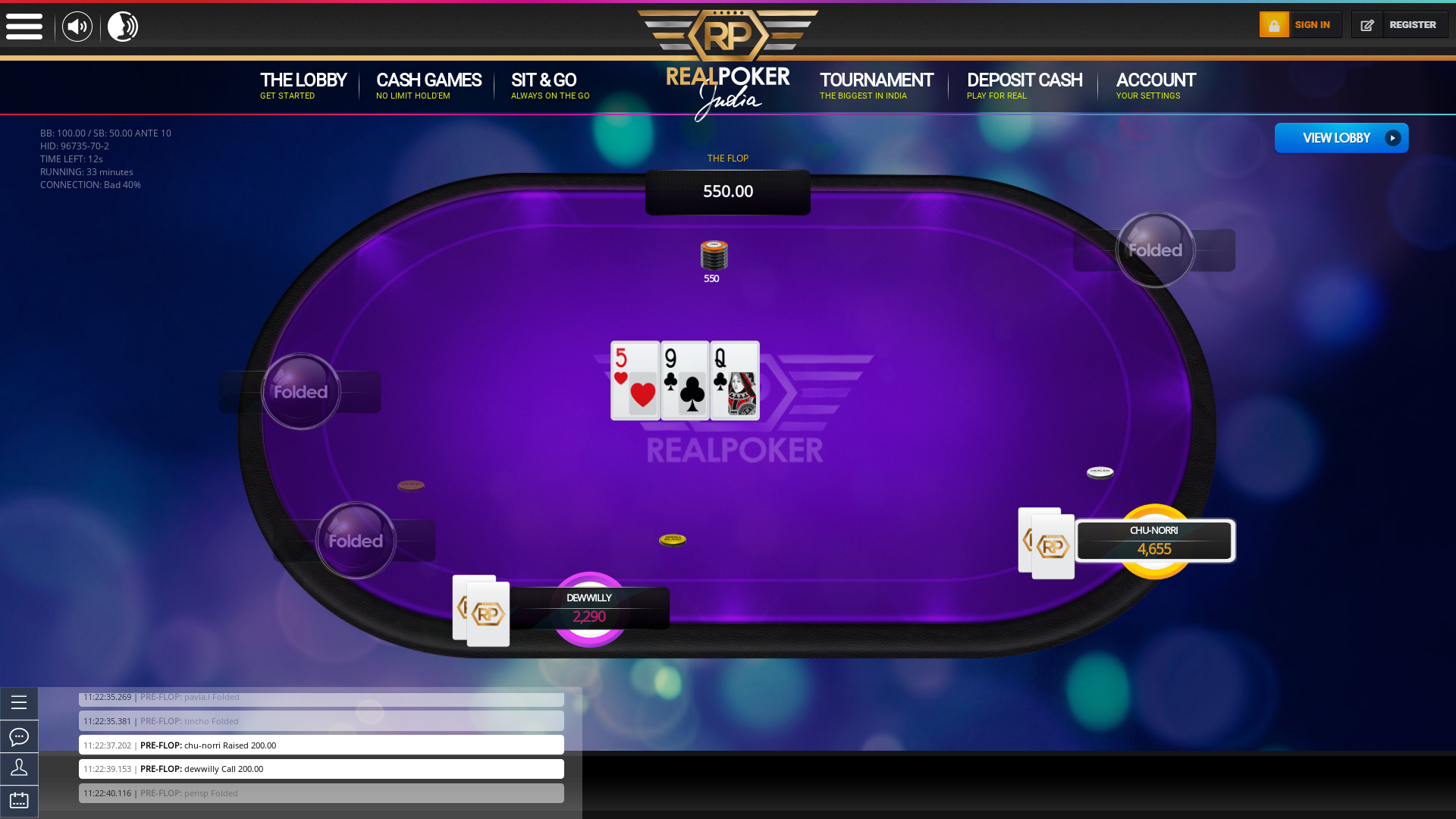 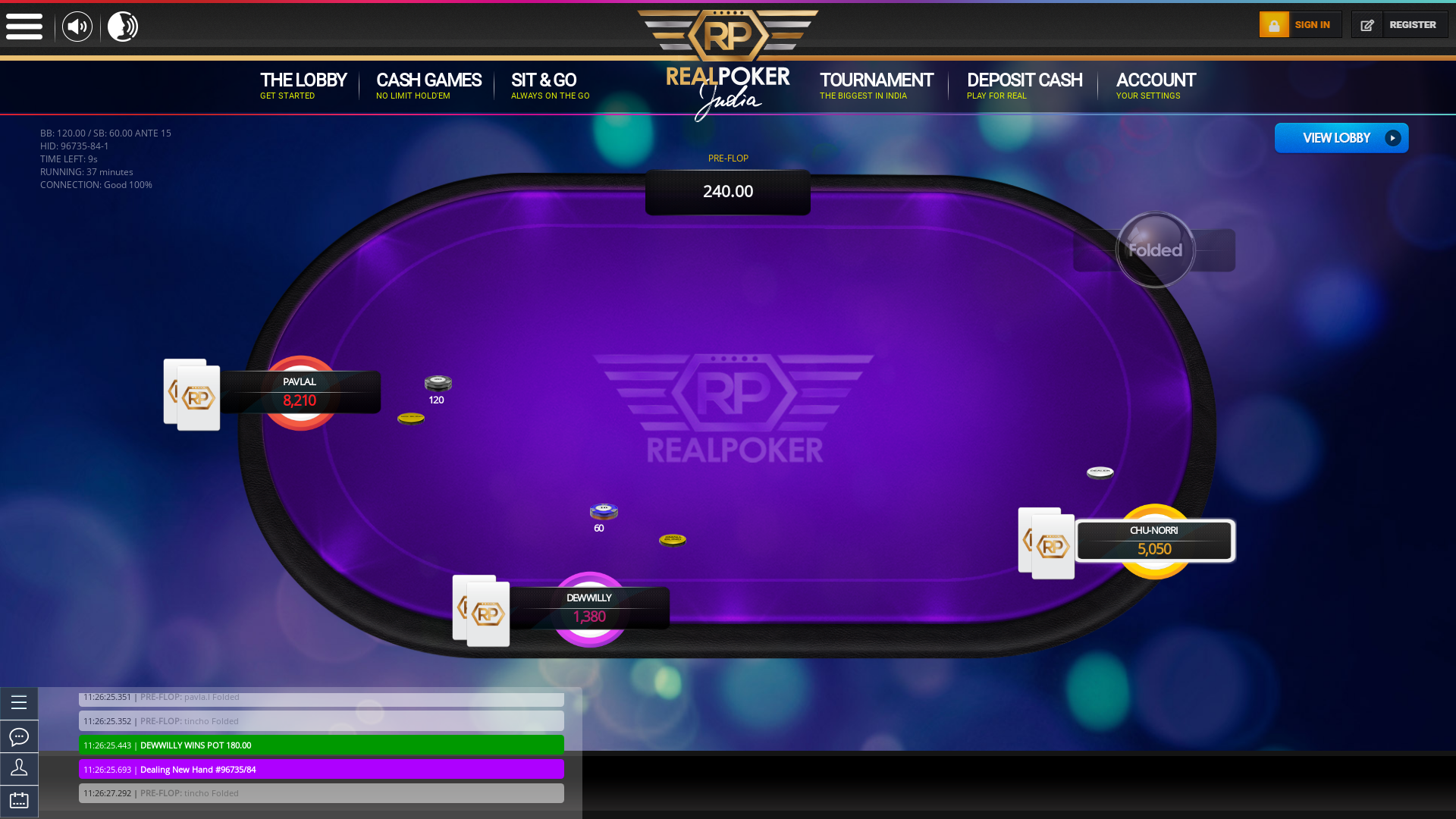 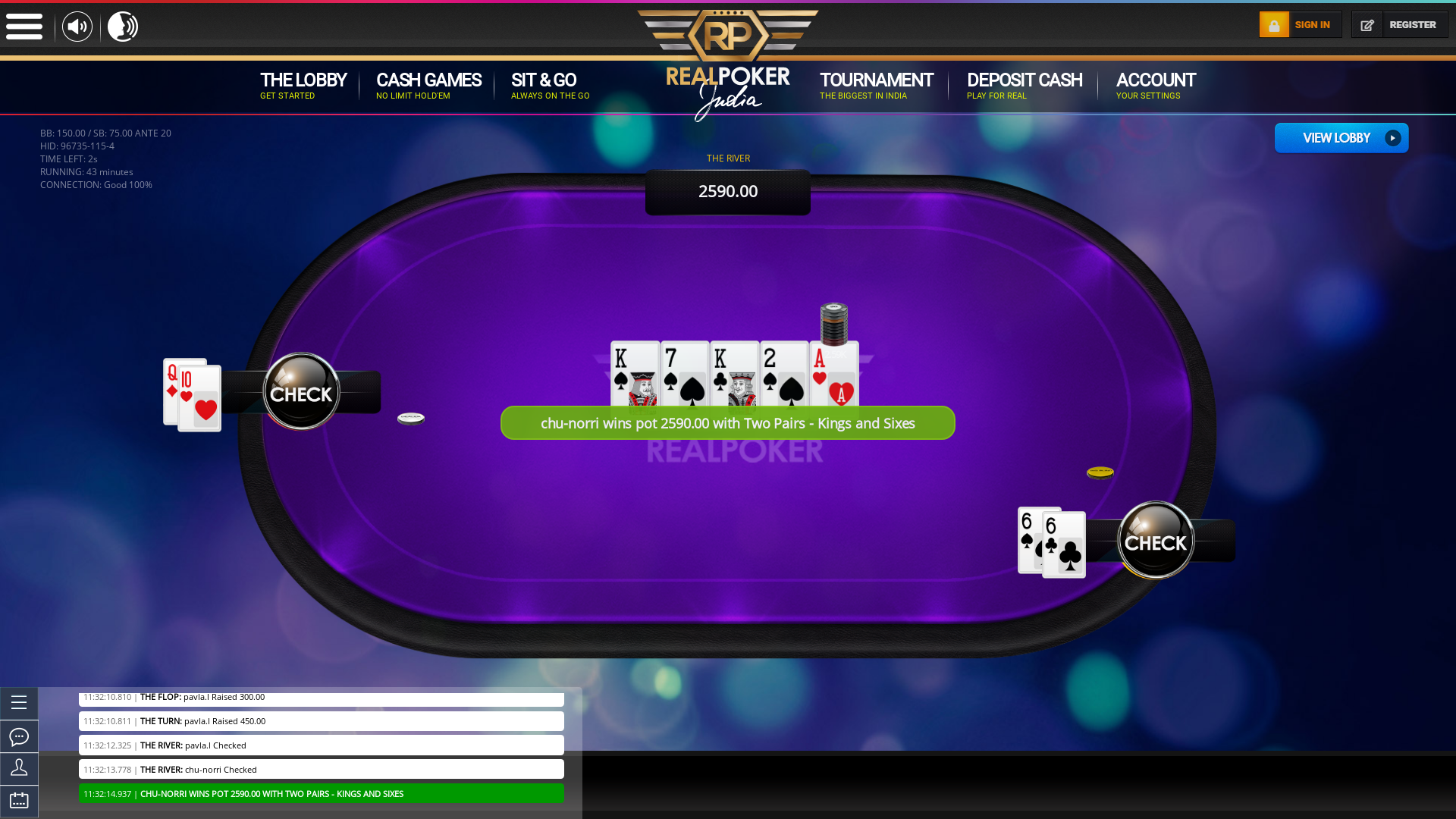 114th dealt hand of the game with chu-norri