Date Published: 22nd October 2019 05:15
In what was a entertaining aggressive contest with the no deposit winner riano that provided too much competition for vale221, narula, jakehoodlum, mallya, bilidkid, dundaan, renero, aynita and burrhead7 in a no deposit poker match that lasted 52 minutes and saw a rigid 124 dealt hands with narula seeing 117 of those dealt hands, which eventually saw riano winning the game and the prize pot of ₹500.00 in what definitely was a risky game where mallya failed to make a leading stack mean anything. This was riano 2nd reported win since 15th of September and took their poker earnings to ₹750.00 for their poker career. 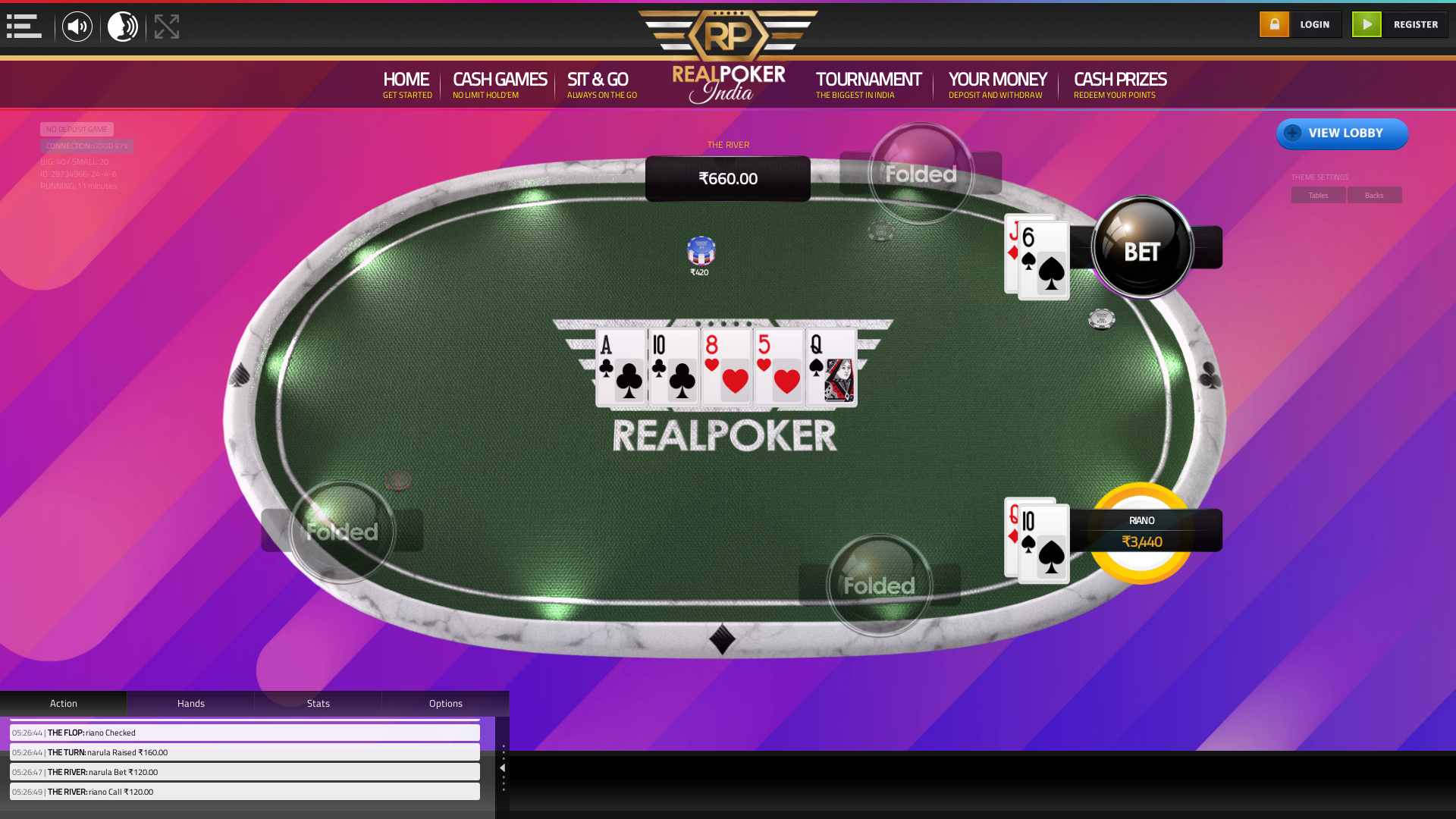 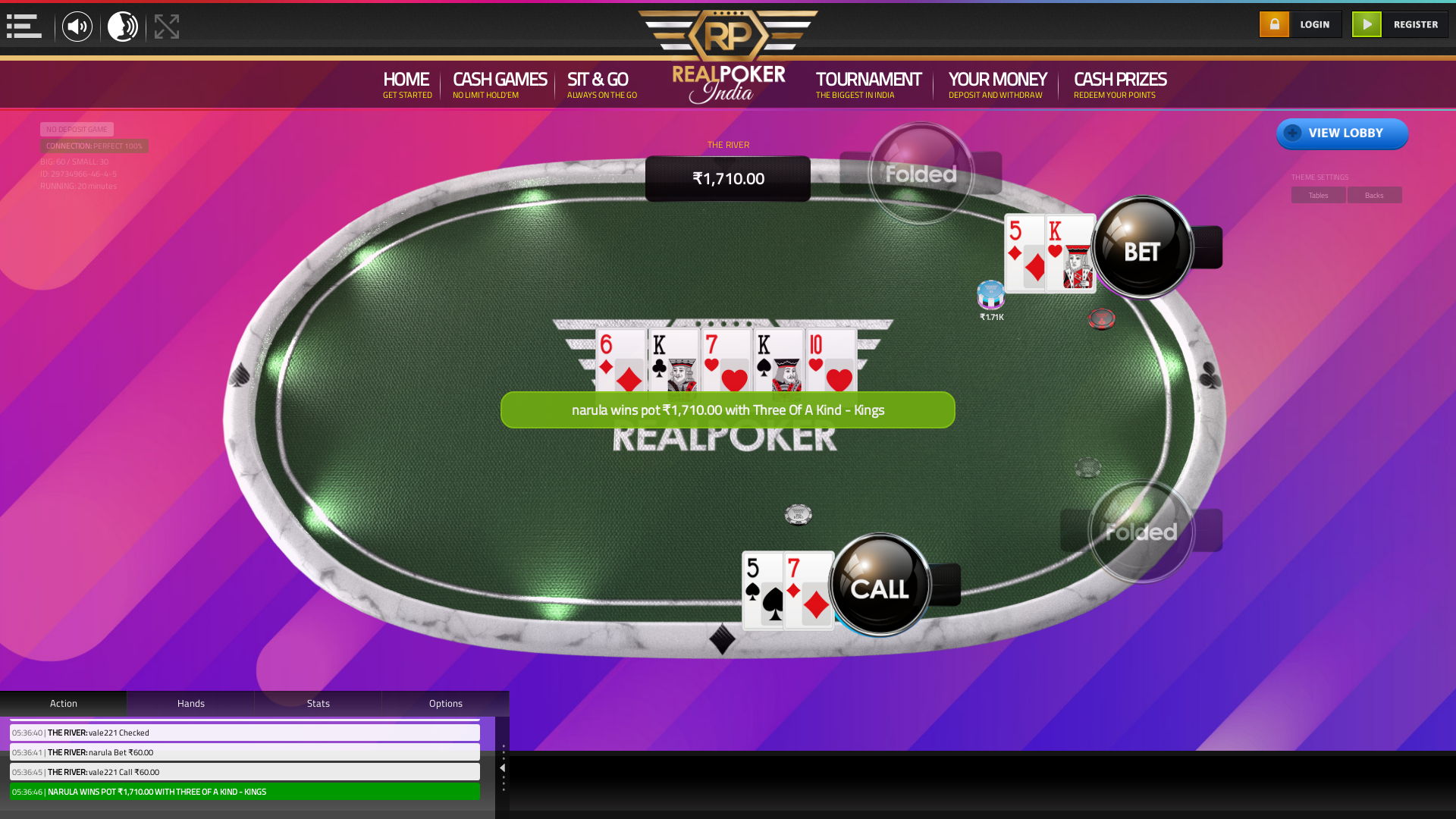 10 player poker in the 20th minute 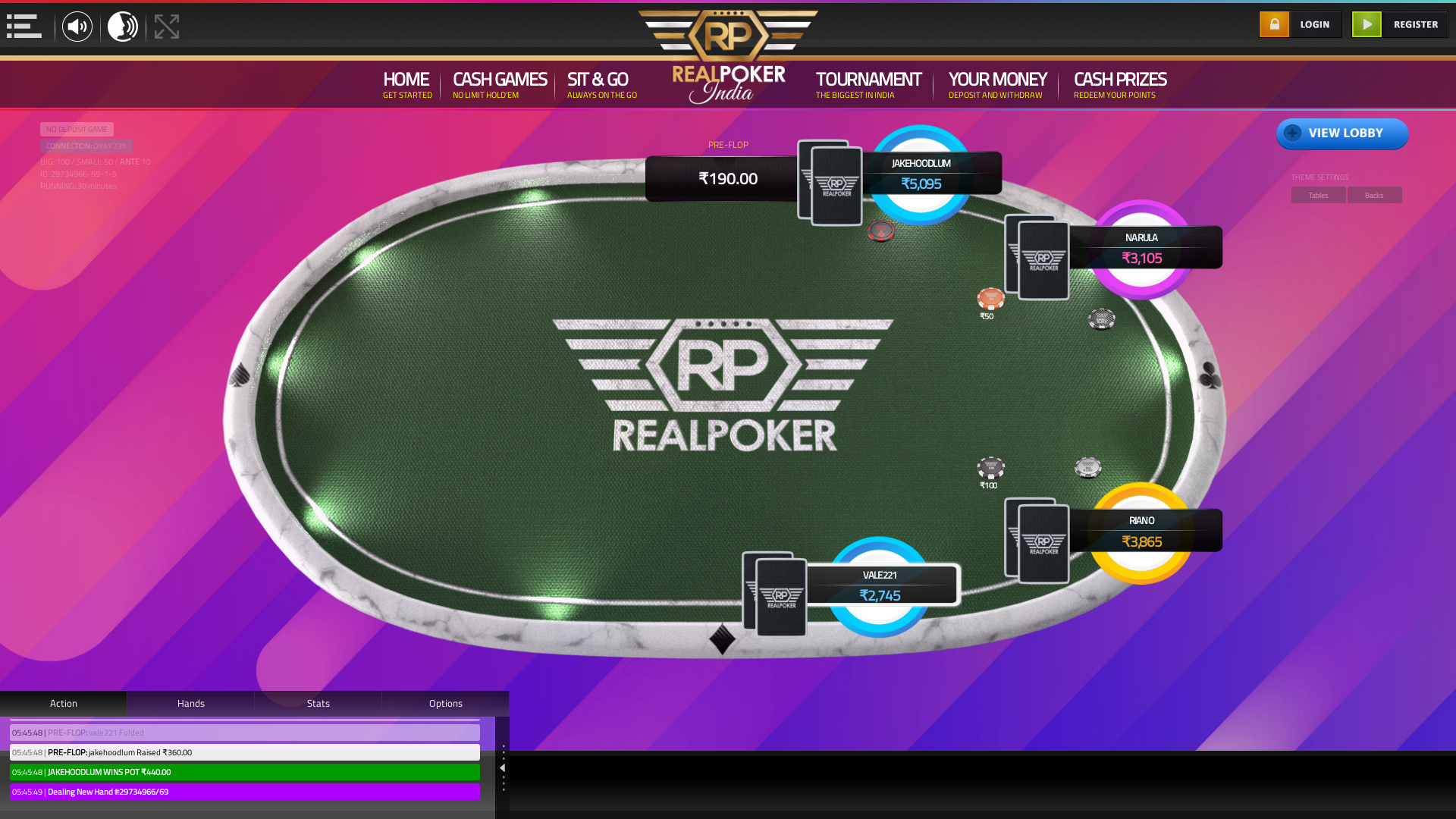 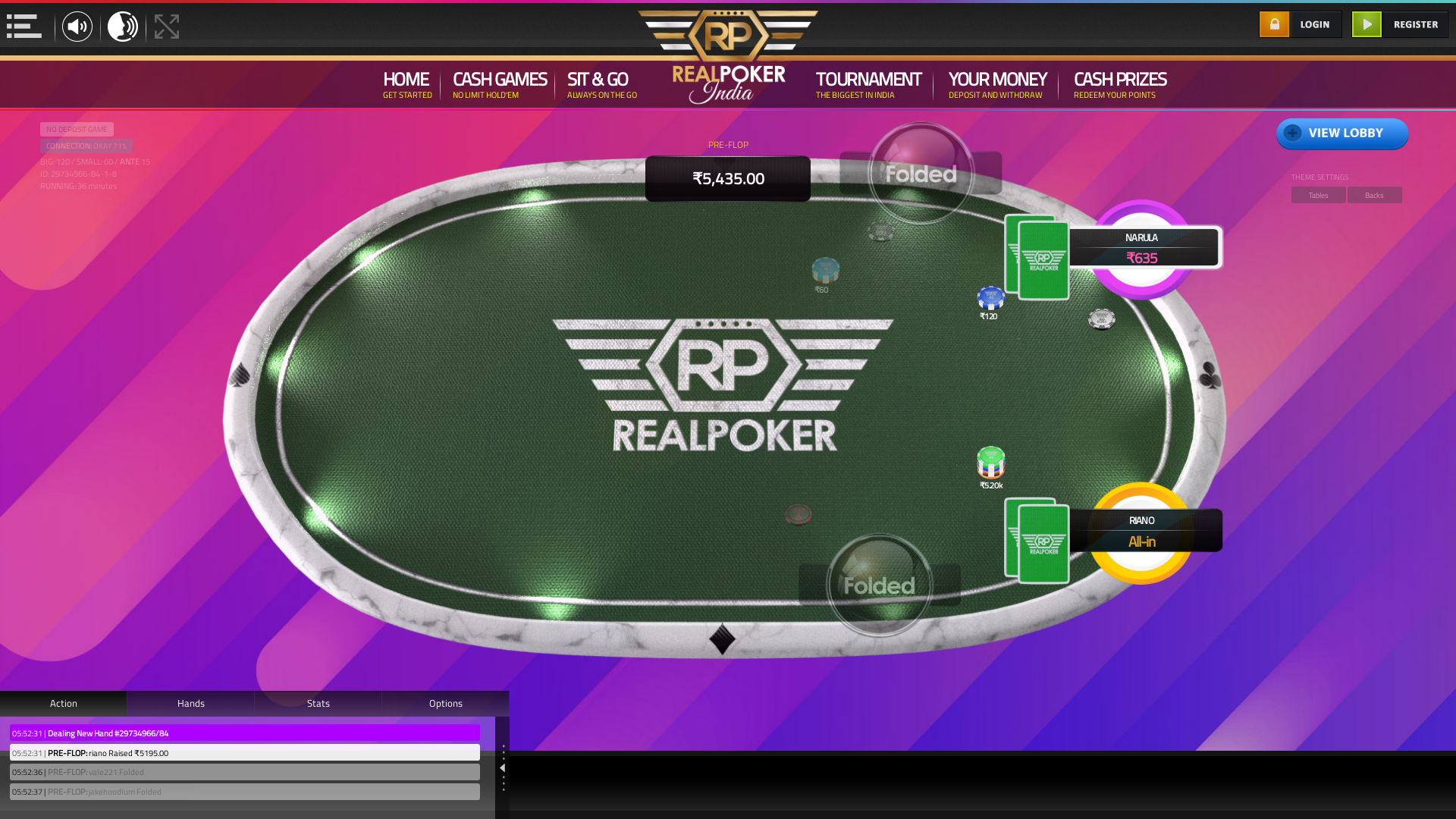 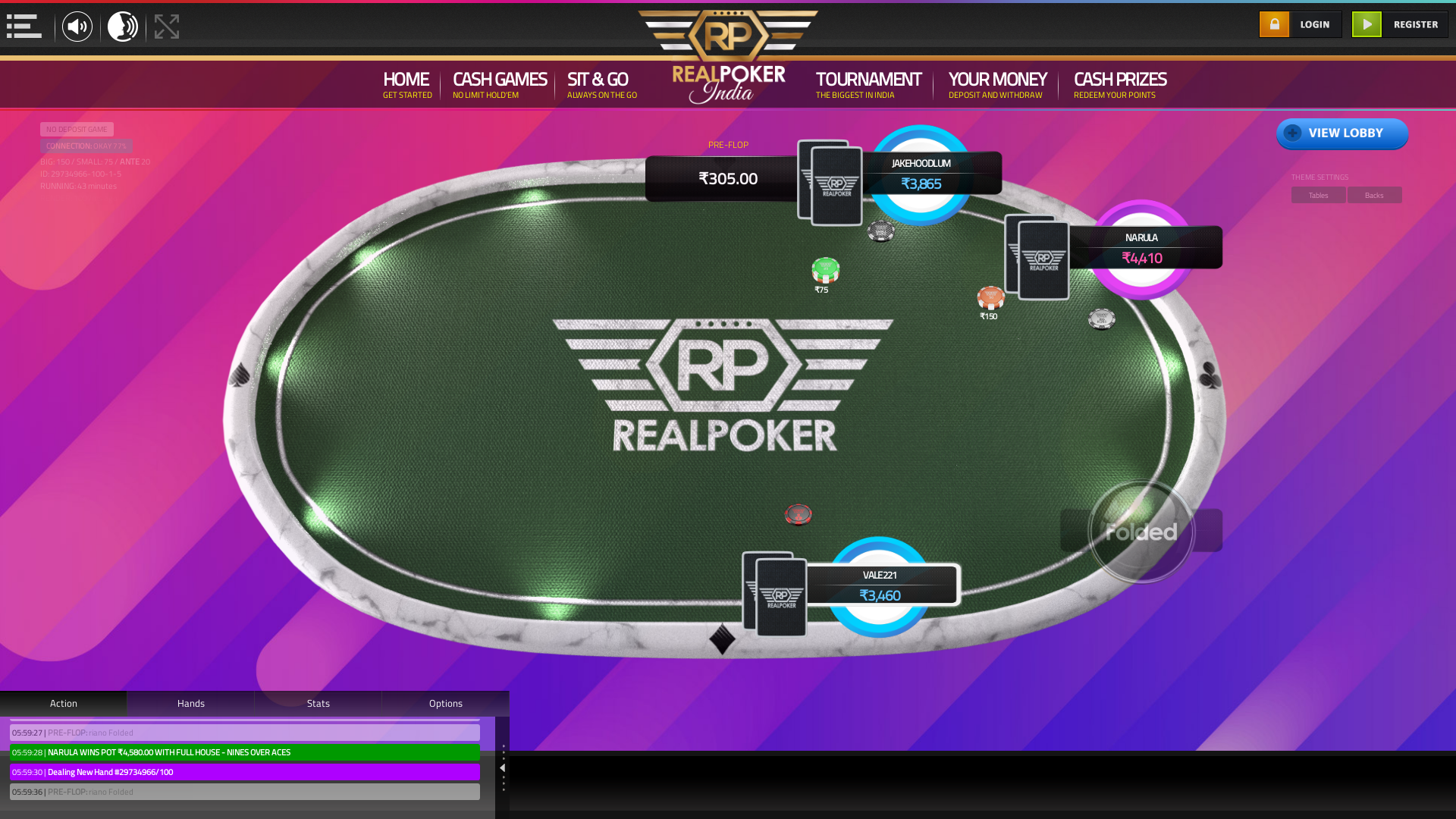 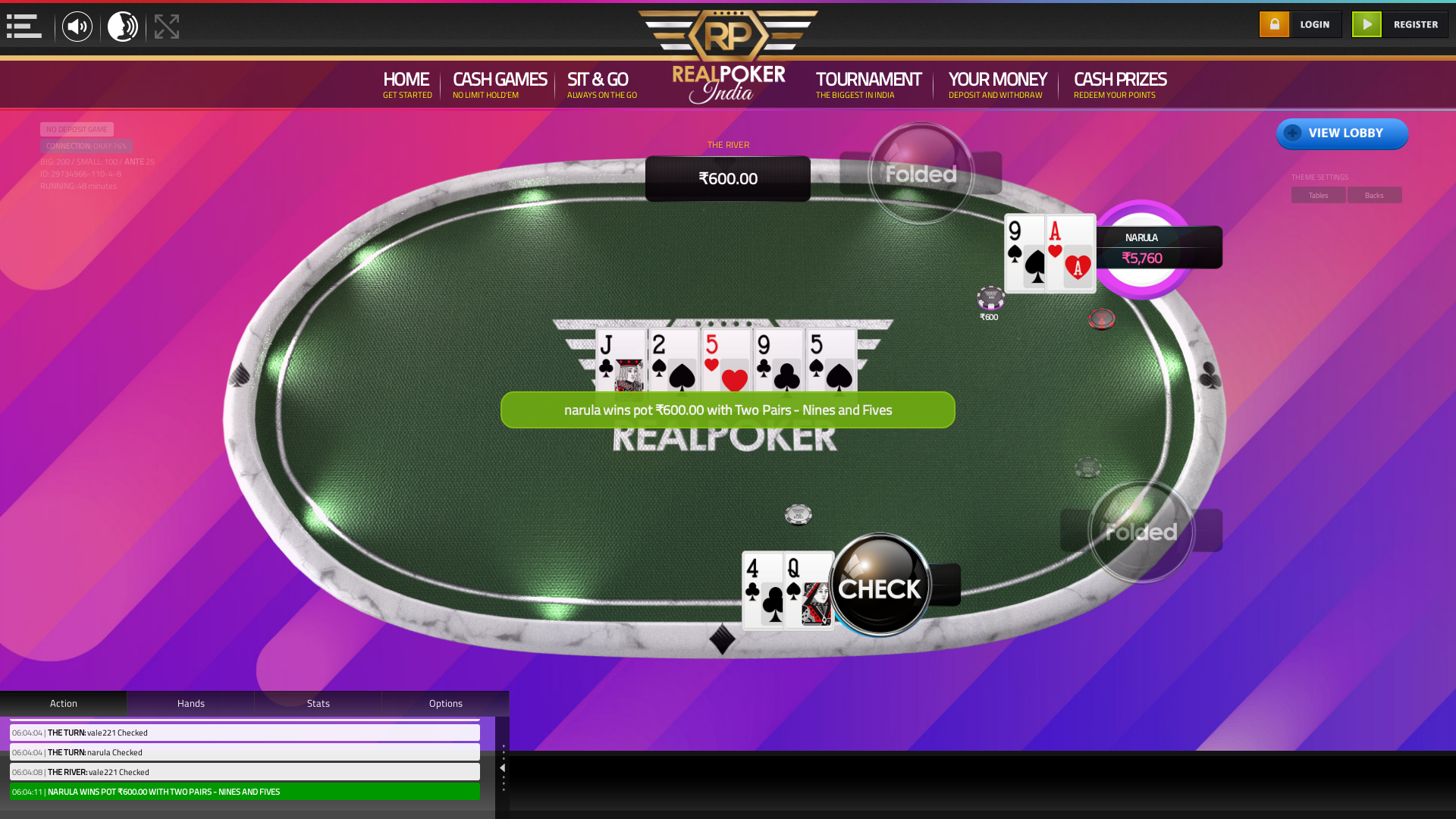 10 player poker in the 48th minute