Date Published: 14th August 2019 05:28
This Alipore, Kolkata online poker room saw an appealing showdown with outright winner durhallo who shared a table with redbi, jendra, lakimber, riverofhope, cerrotorre, azzalaydying, blair.devon, bailagent2 and monjoli in a competition that lasted 33 minutes and saw a stimulating 59 hands contested which saw jendra playing 13 hands of the 48 they saw dealt, which led to durhallo became the winner and capturing the ₹100.00 pot in an undeniably competitive showdown where jendra was unlucky not to win. This was durhallo 2nd reported win since 24th of December and saw his poker winnings to ₹17,600.00 for the time mentioned. 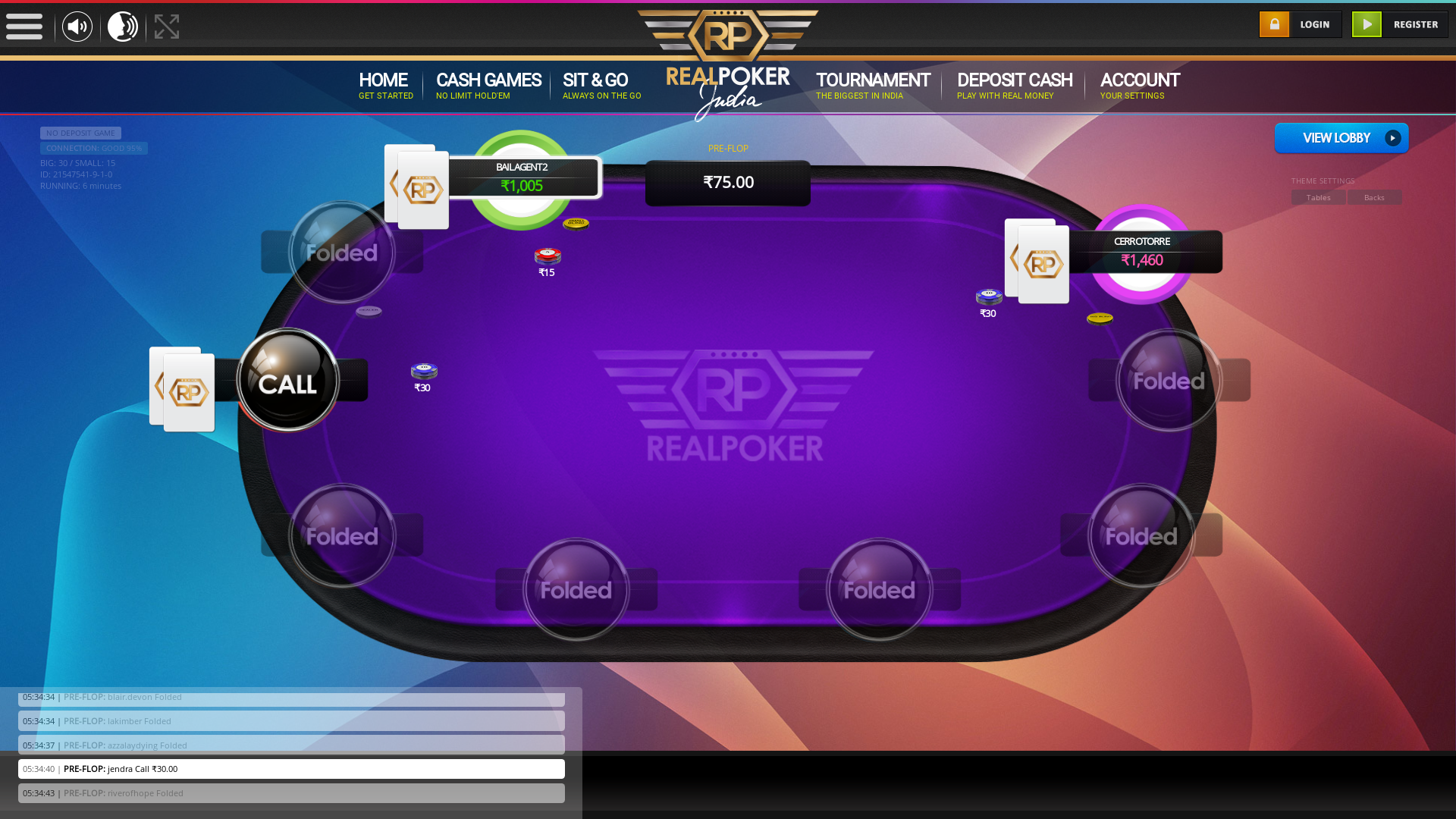 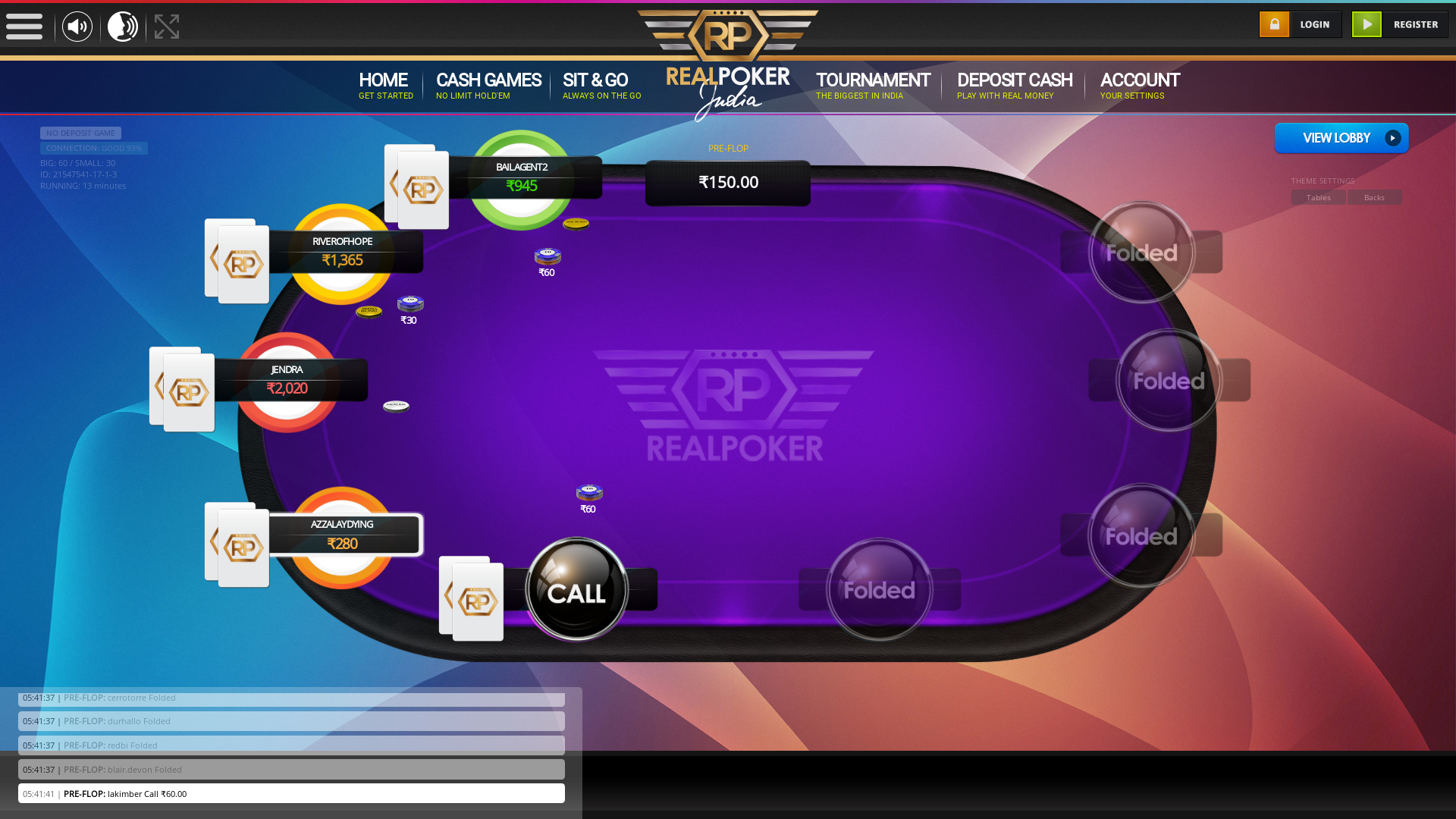 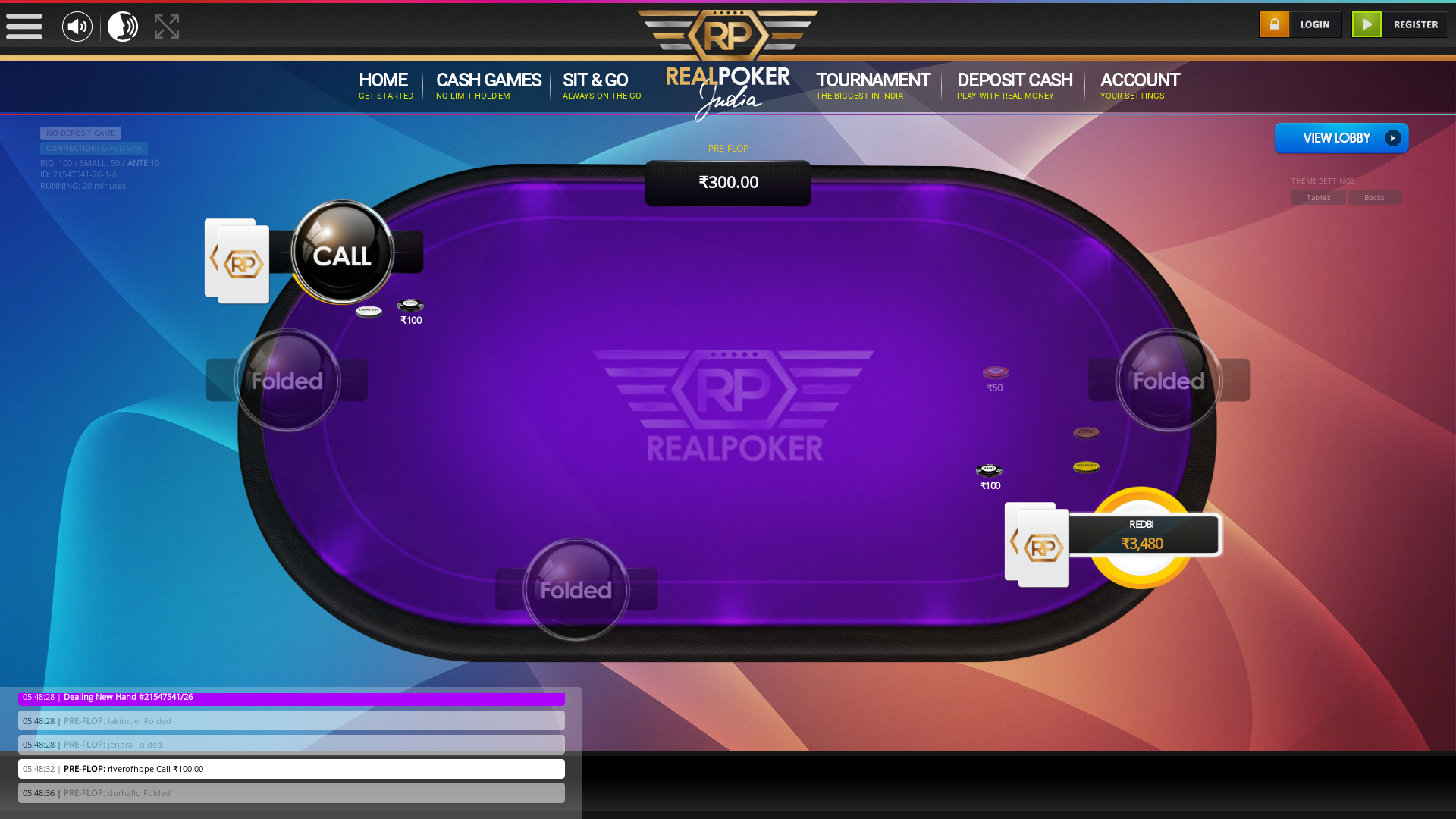 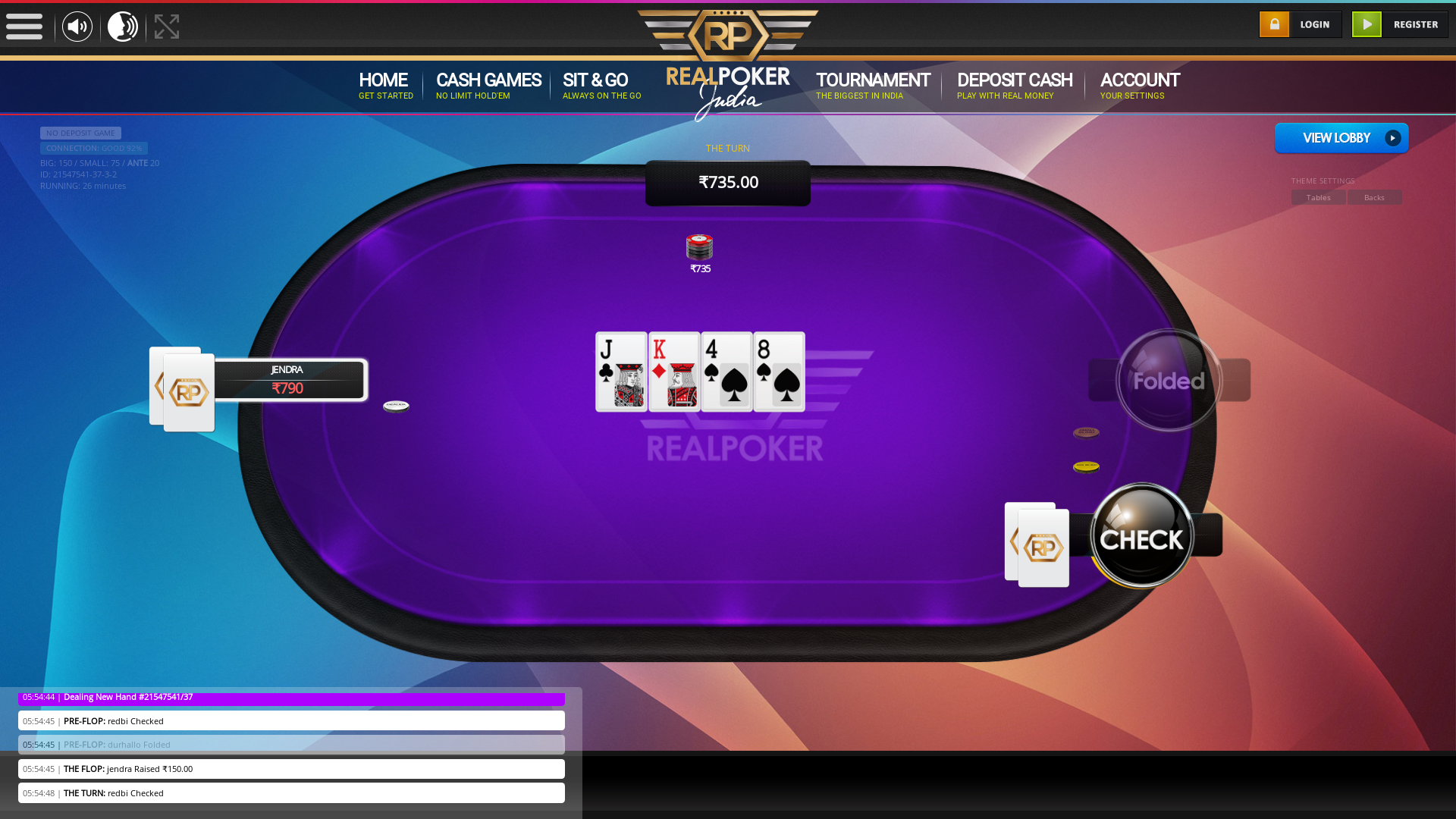 Alipore, Kolkata online poker game on a 10 player table in the 26th minute of the game 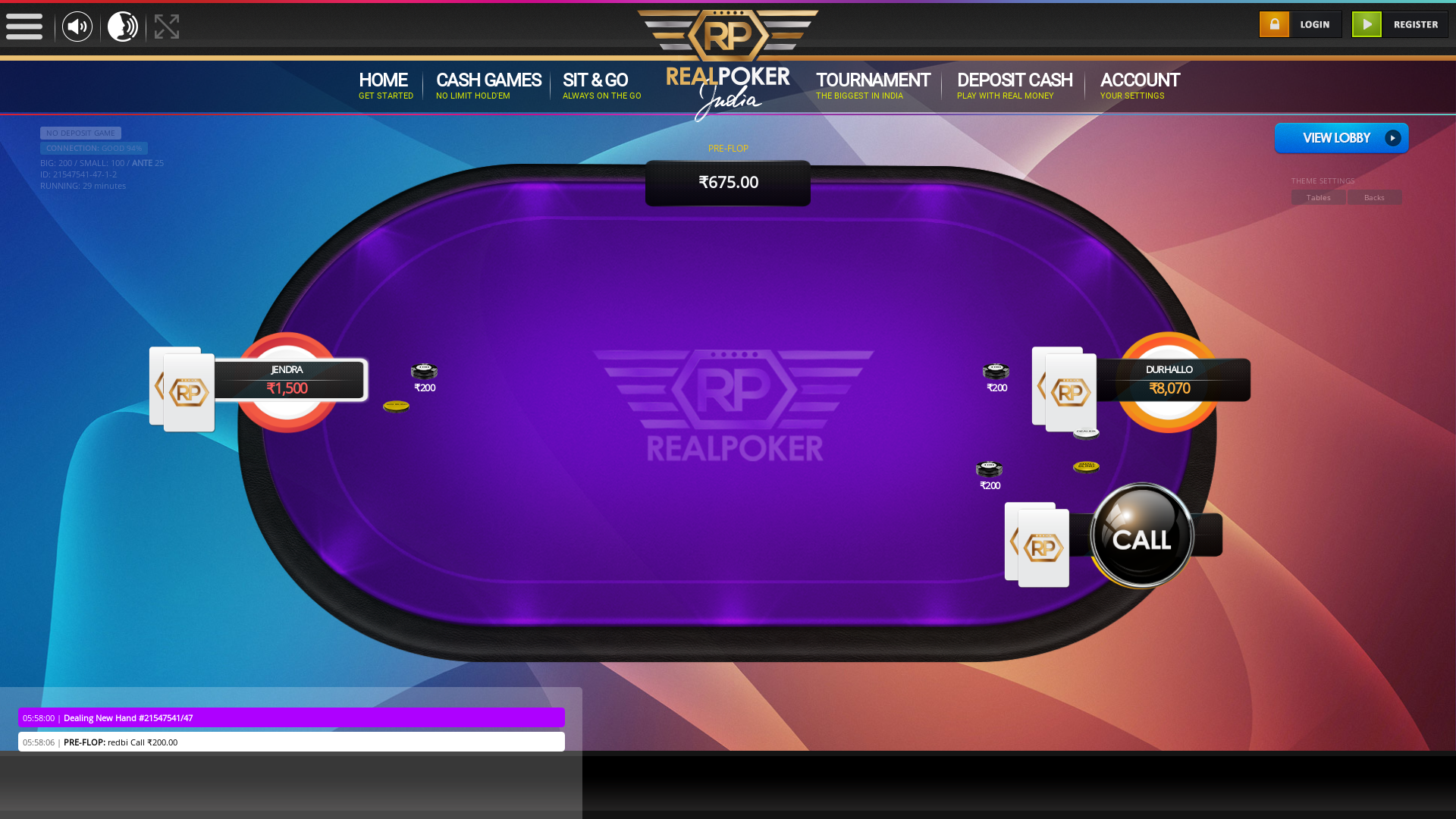