Date Published: 28th September 2018 07:15
This Alipore, Kolkata online poker room saw an appealing competition with outright winner adomars playing against nadiat, wiltthetilt, fairgamer, sancho-pancho84, akbar, orionblind, sybillex, blindsman and munir in a competition that lasted 72 minutes and saw a very passive 188 hands contested which saw wiltthetilt playing 59 hands of the 146 they saw dealt, that led into having adomars winning the game and the prize pot of ₹4,250.00 in an assuredly competitive event where wiltthetilt and fairgamer threw away chances. This was adomars 2nd registered win since the 12th of September and took his poker earnings to ₹16,750.00 for the period. 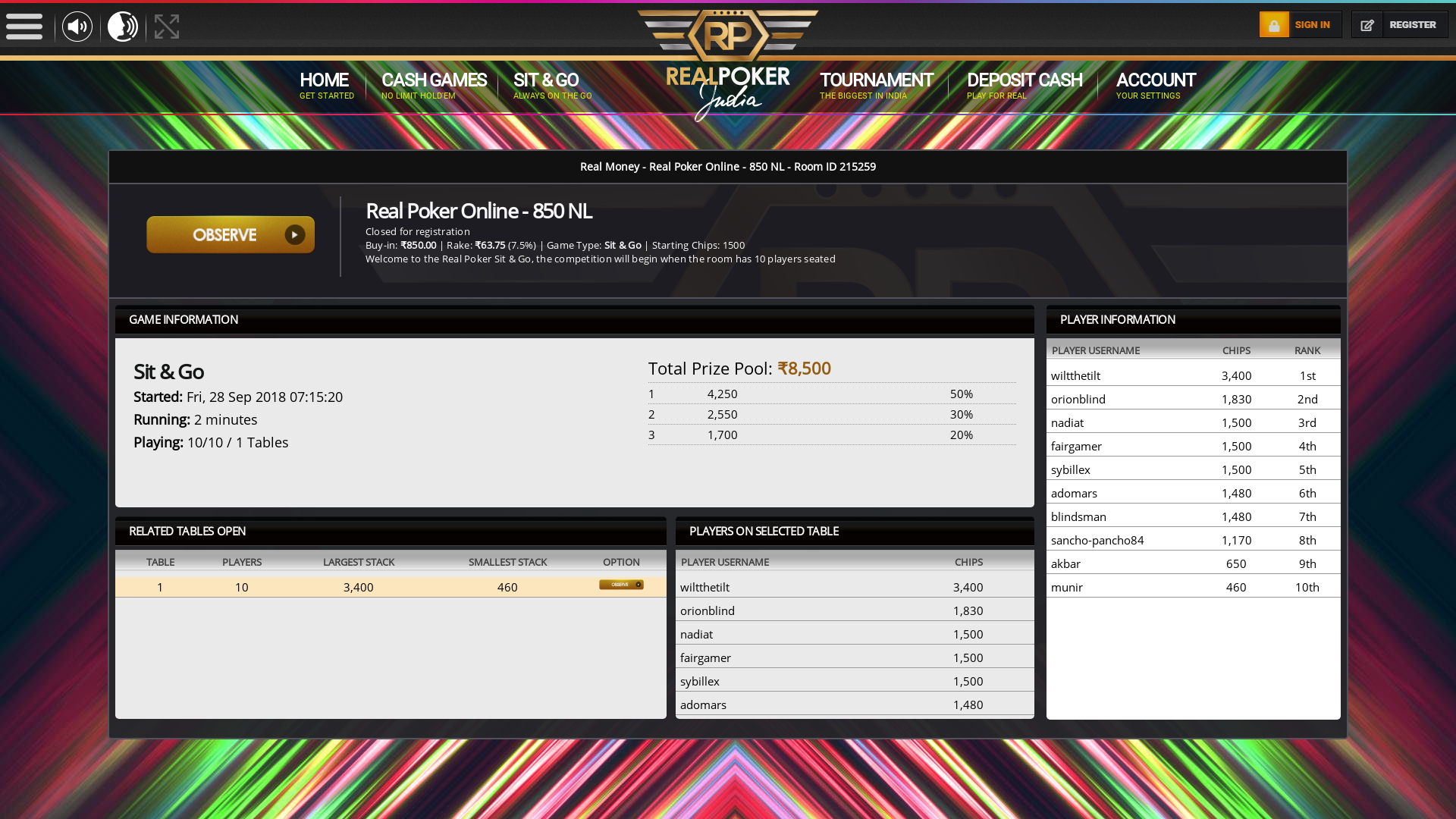 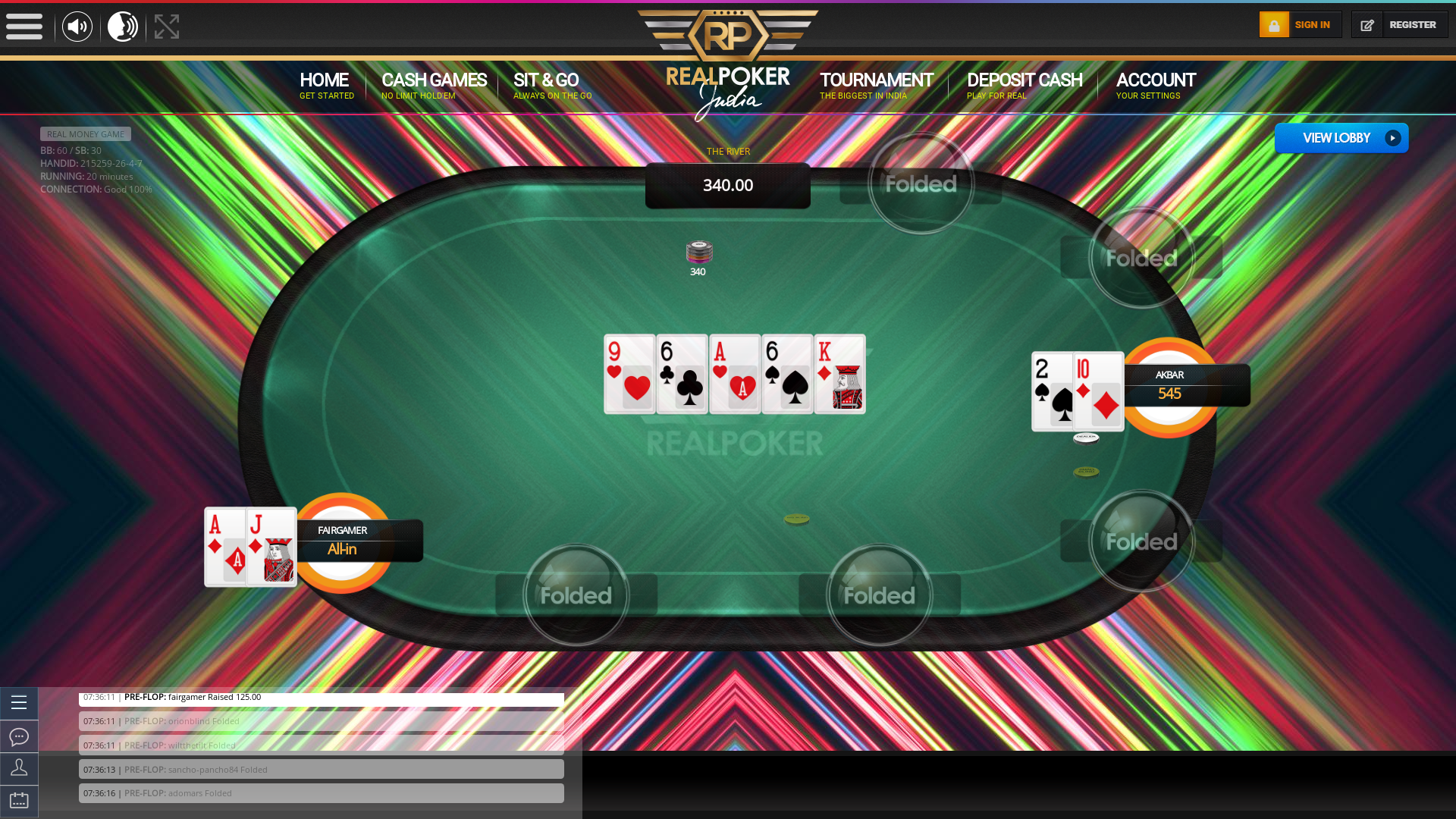 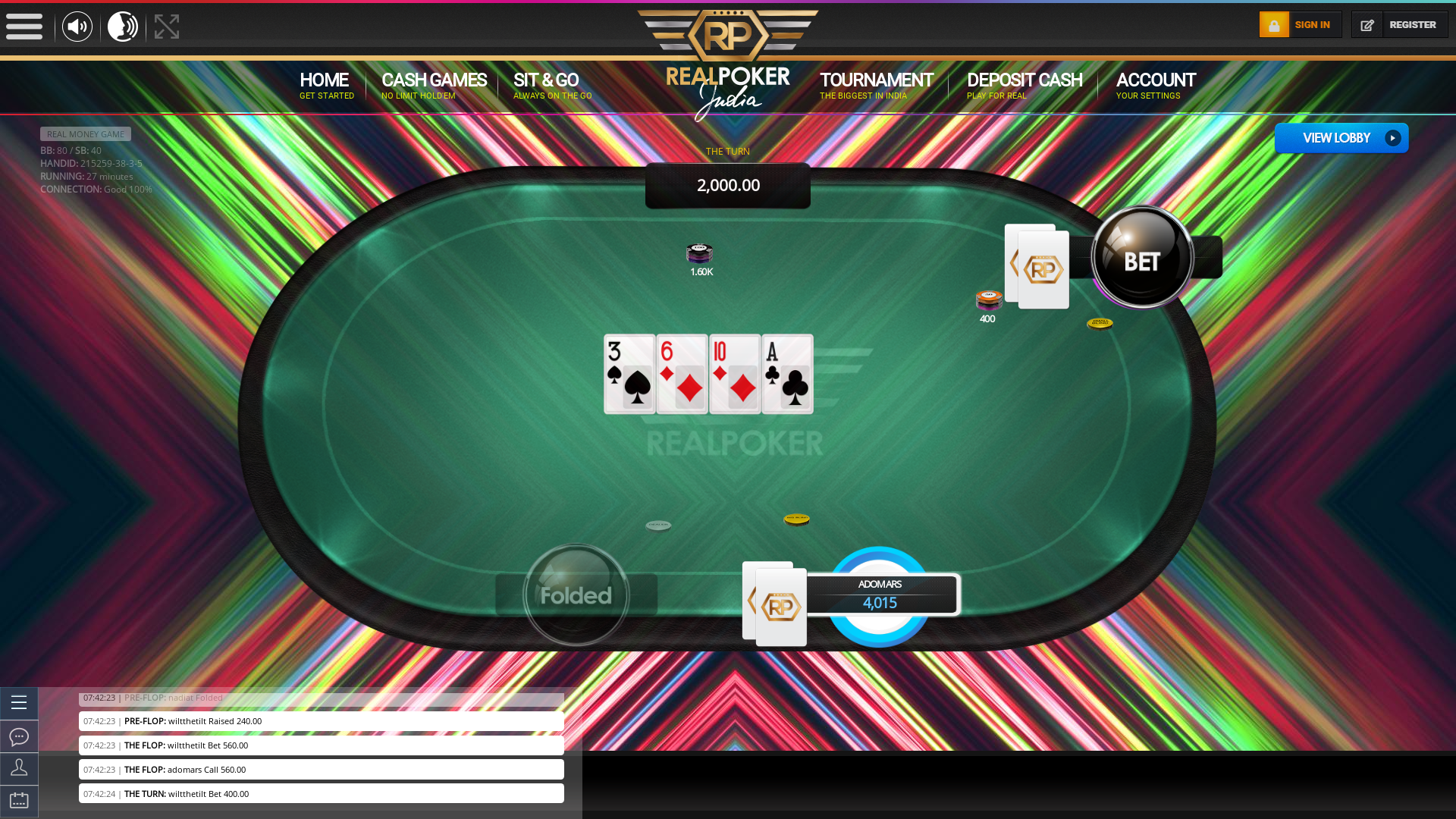 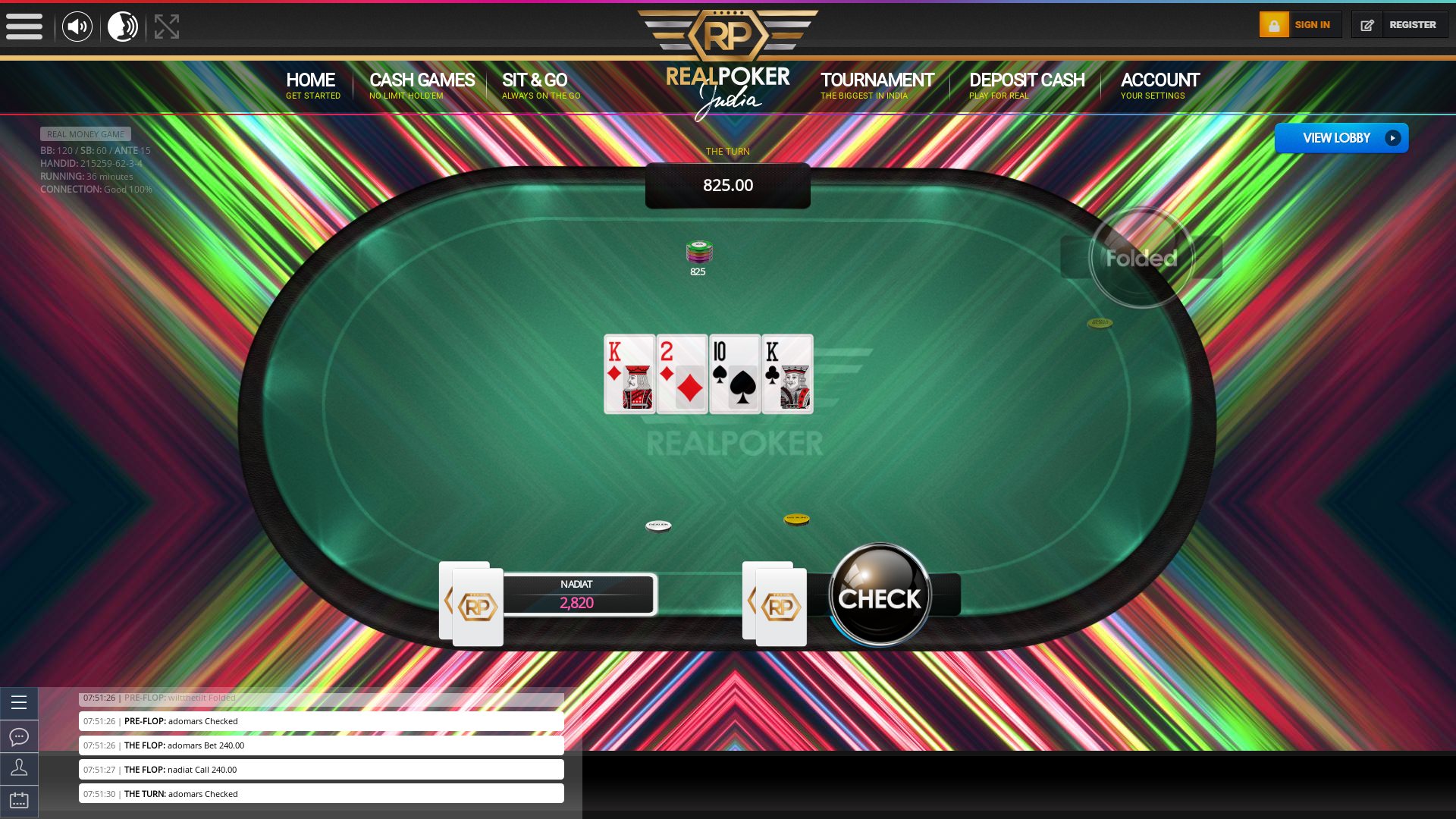 wiltthetilt being aggressive in the 36th minute 10 player poker in the 38th minute 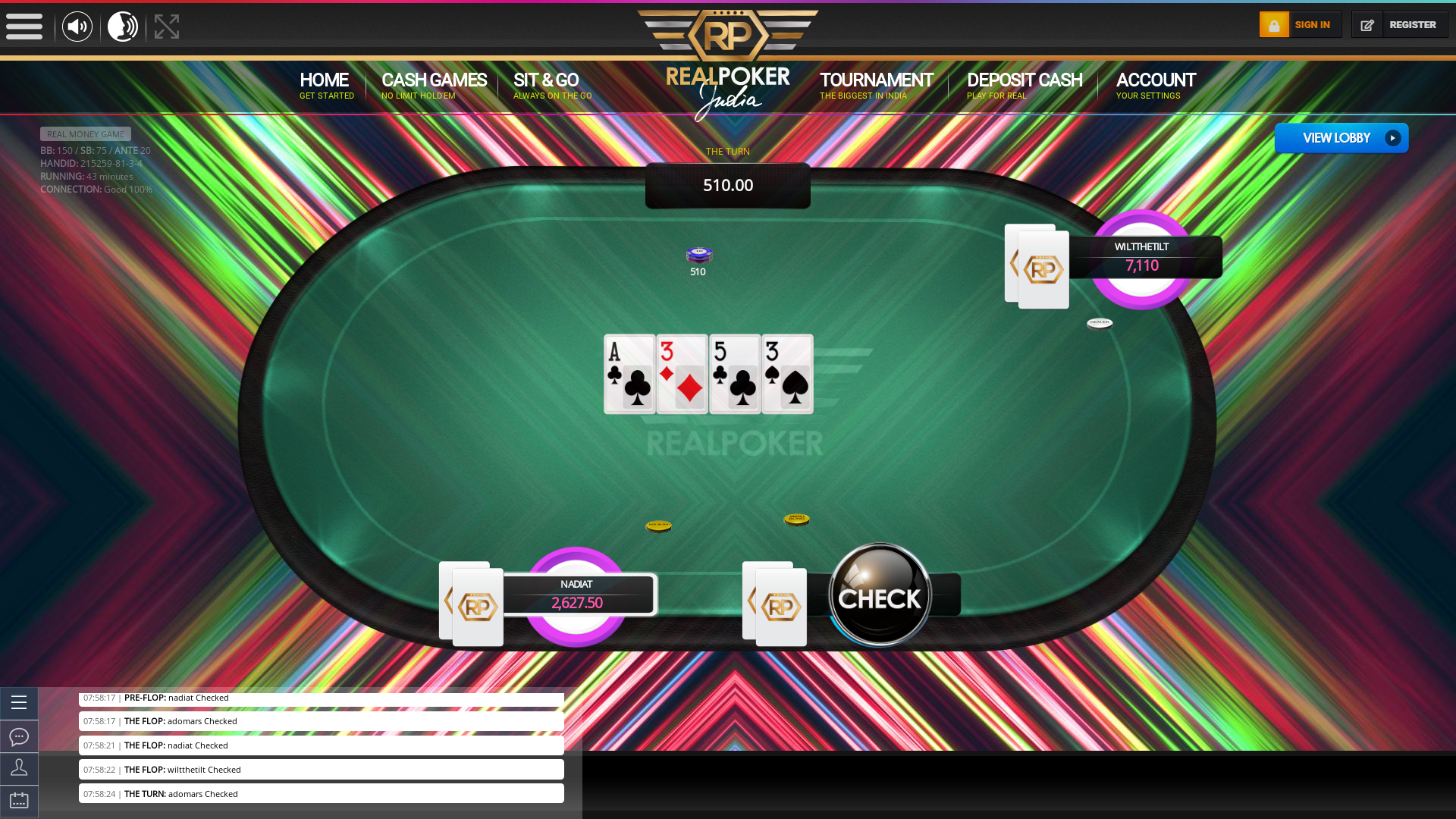 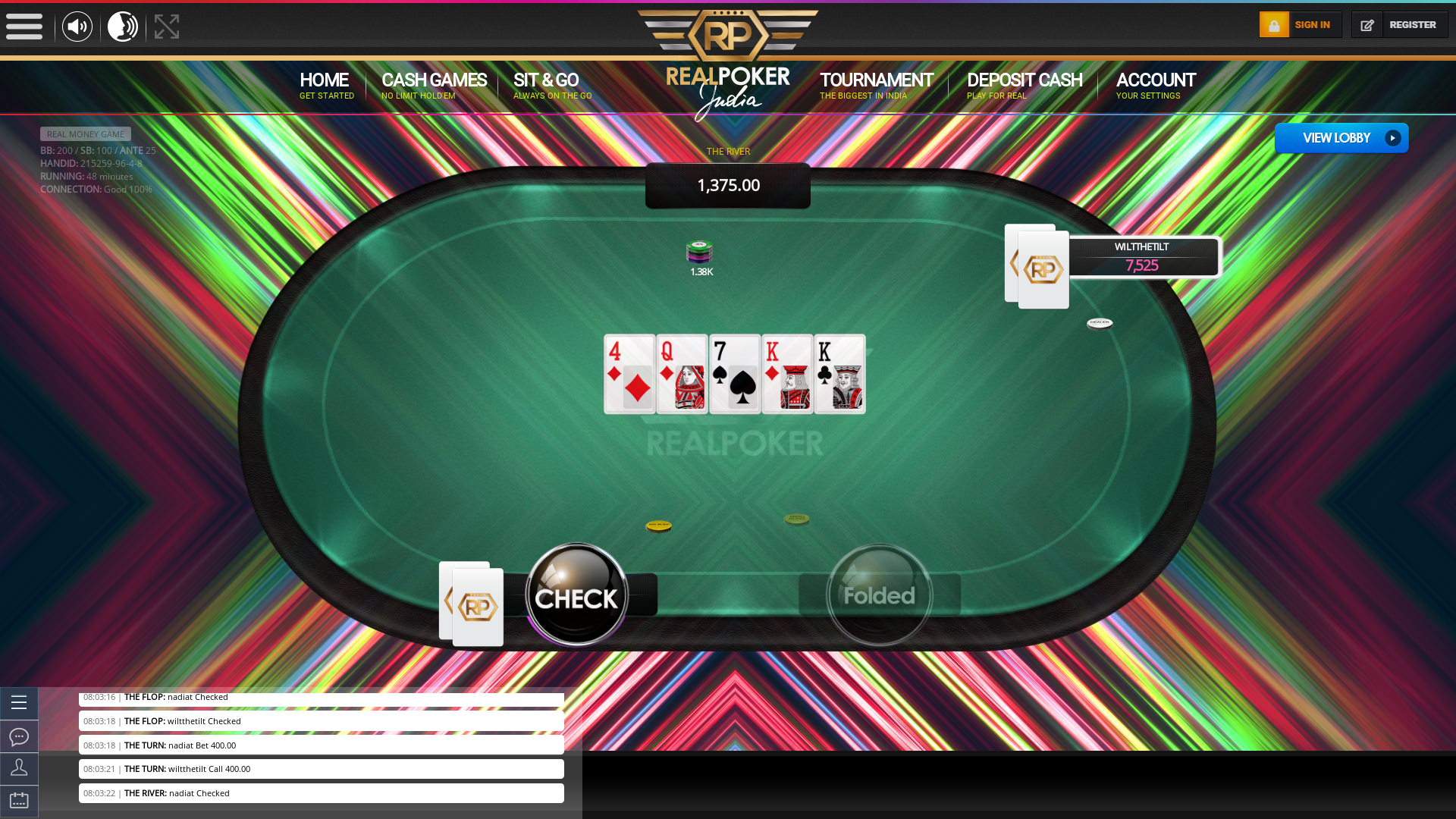 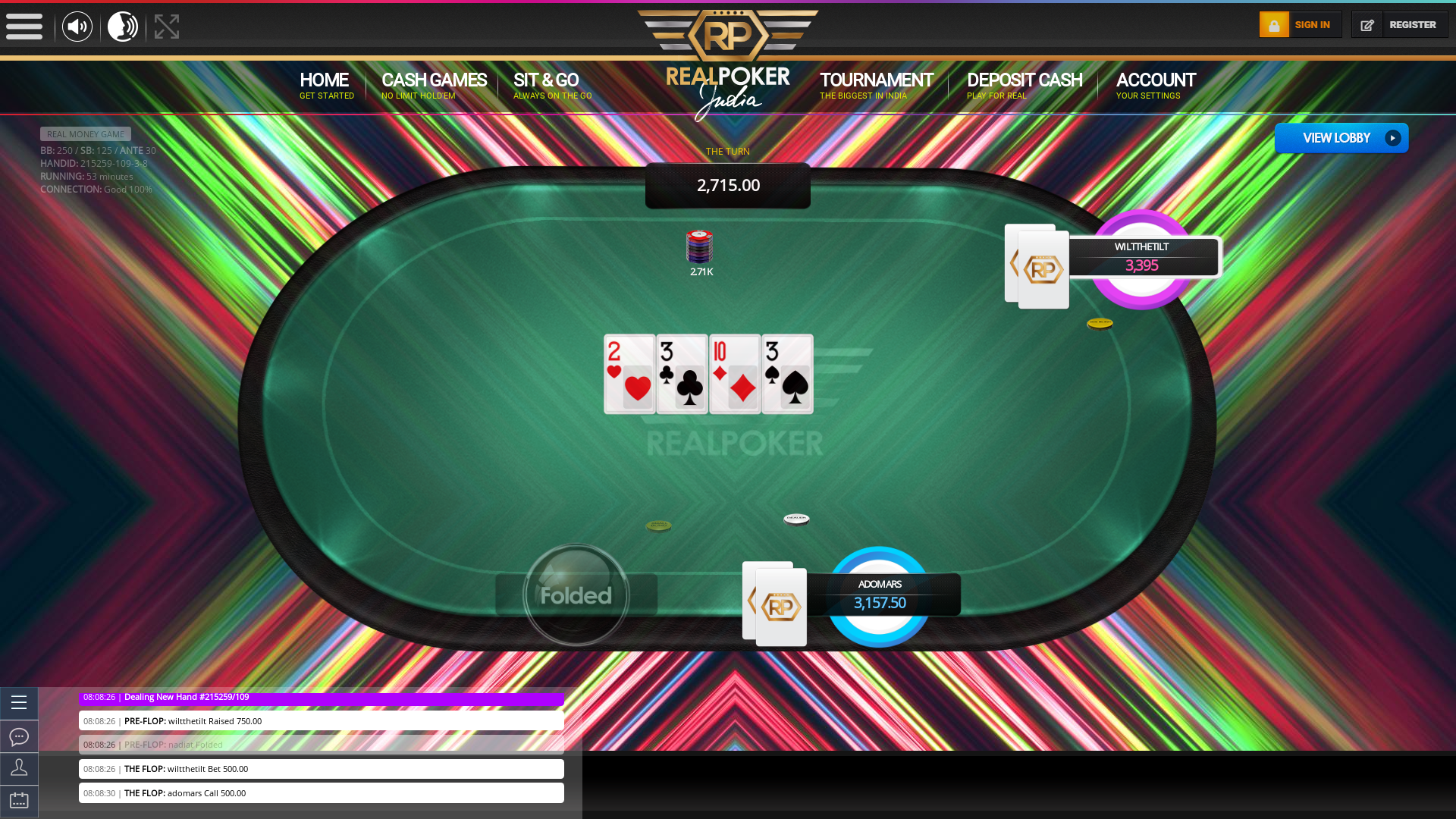