Finding a winning strategy by finding player's weaknesses in poker

Date Published: 15th November 2020
Author: Matt Clarke
Poker players can significantly increase their win rate by tactically hiding their weaknesses, spotting those of others, and using it against them. Veterans of the game have the insight to spot their opponent's weaknesses and capitalize on them to win the match. Attack and defense is the beauty of poker, every player has his weakness, you as one must be able to hide yours from the table otherwise risk losing your money. Noting a few anomalies on the table statistically will help spot a loophole in which you can capitalize on, for example, a high average pot. For online poker, there's a record of each player's records, search for those terrible ones and have a go at them. Most poker sites have a feature enabling people to search for players, utilize this feature, and battle out players you're better than. At the start of your sessions, always search for soft tables when picking tables, this gives you fairly easy opponents to play against. While playing online poker, you can identify weak opponents from those taking either of the following actions during gameplay. When a player plays out of position, that's the first signal for a weak player because positioning is a huge force in poker and experts understand it. Notice when certain players are playing out of positions, they simply don't understand the rules of poker, find spots to engage with such a player.

When one of your opponents is frequently limping into pots, with other signs of amateurism to follow then you'll know he is weak because it's a bad play to limp oftentimes. Isolate those who limp frequently, they are not a threat to you, you can easily edge them out in the next pot with a fine strategy. Another sign of a weak poker opponent is when he plays his hand passively with no vibe, you've seen a calling station in him. Defeating that player in a poker match is easy to do, they're known as "sheriffs", you only need to play them with aggression to win. Bluffers are the least rare personalities in the poker world, they don't know how to accurately bluff and you can spot their weakness. 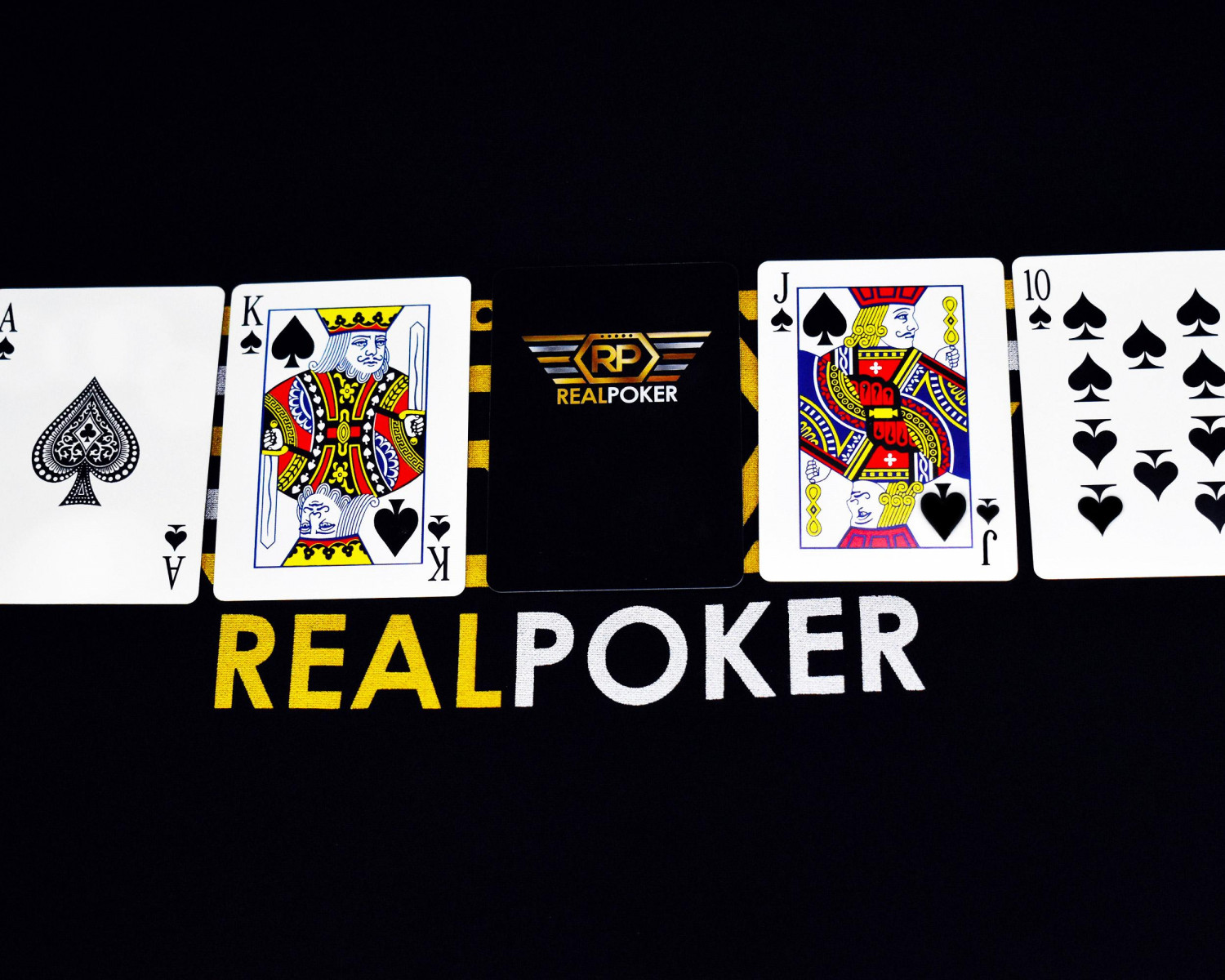 These sets of amateurs will bluff at every hand, increasing the pot sizes without regarding what they're holding. Although it's difficult most times to decipher if a bluffer is a pro or not, you can set traps for big bet bluffers by check-raising them. Allow him to build the pot because that's the aim of bluffers, raise them to a point then you lightly call down. 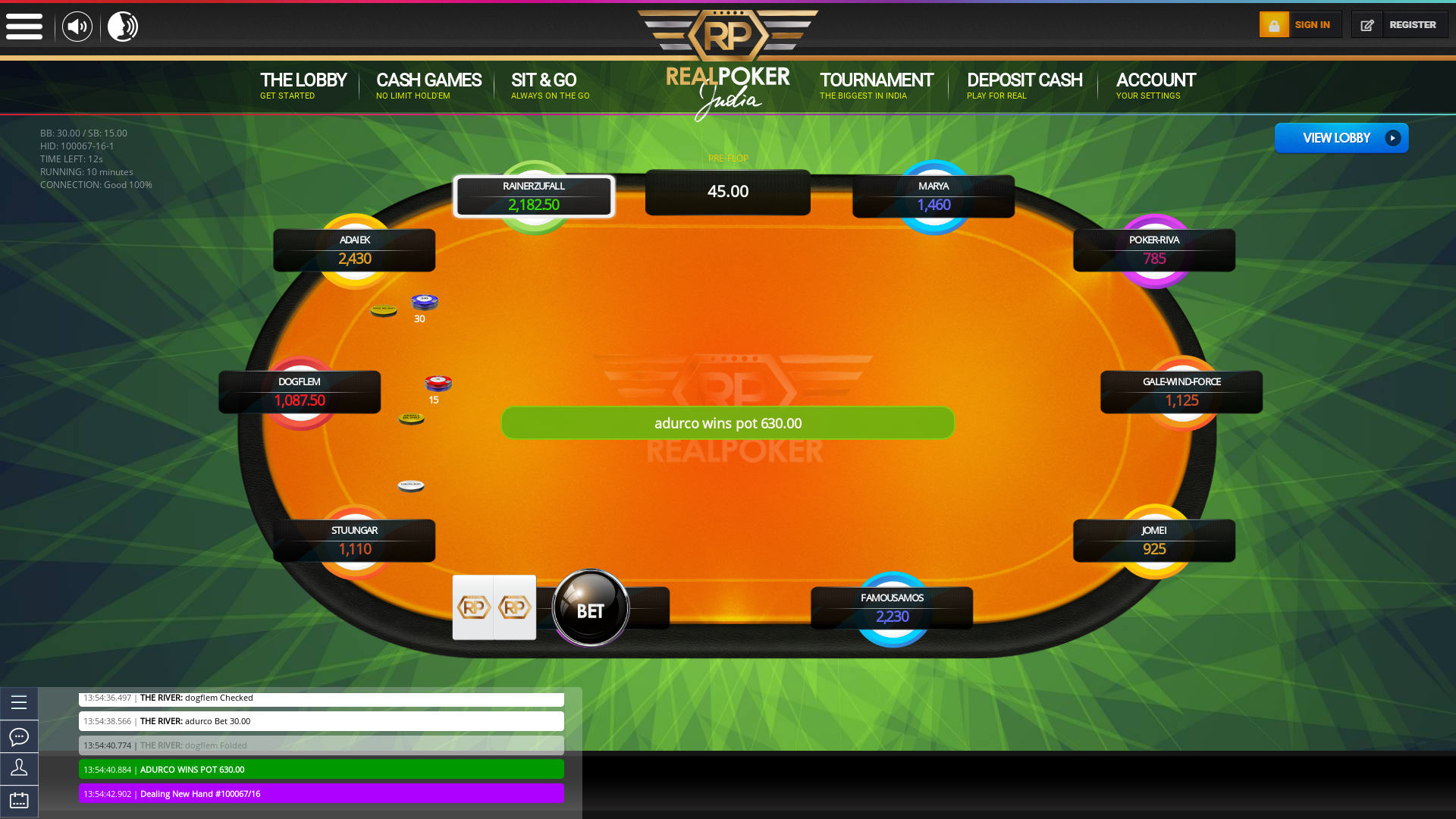 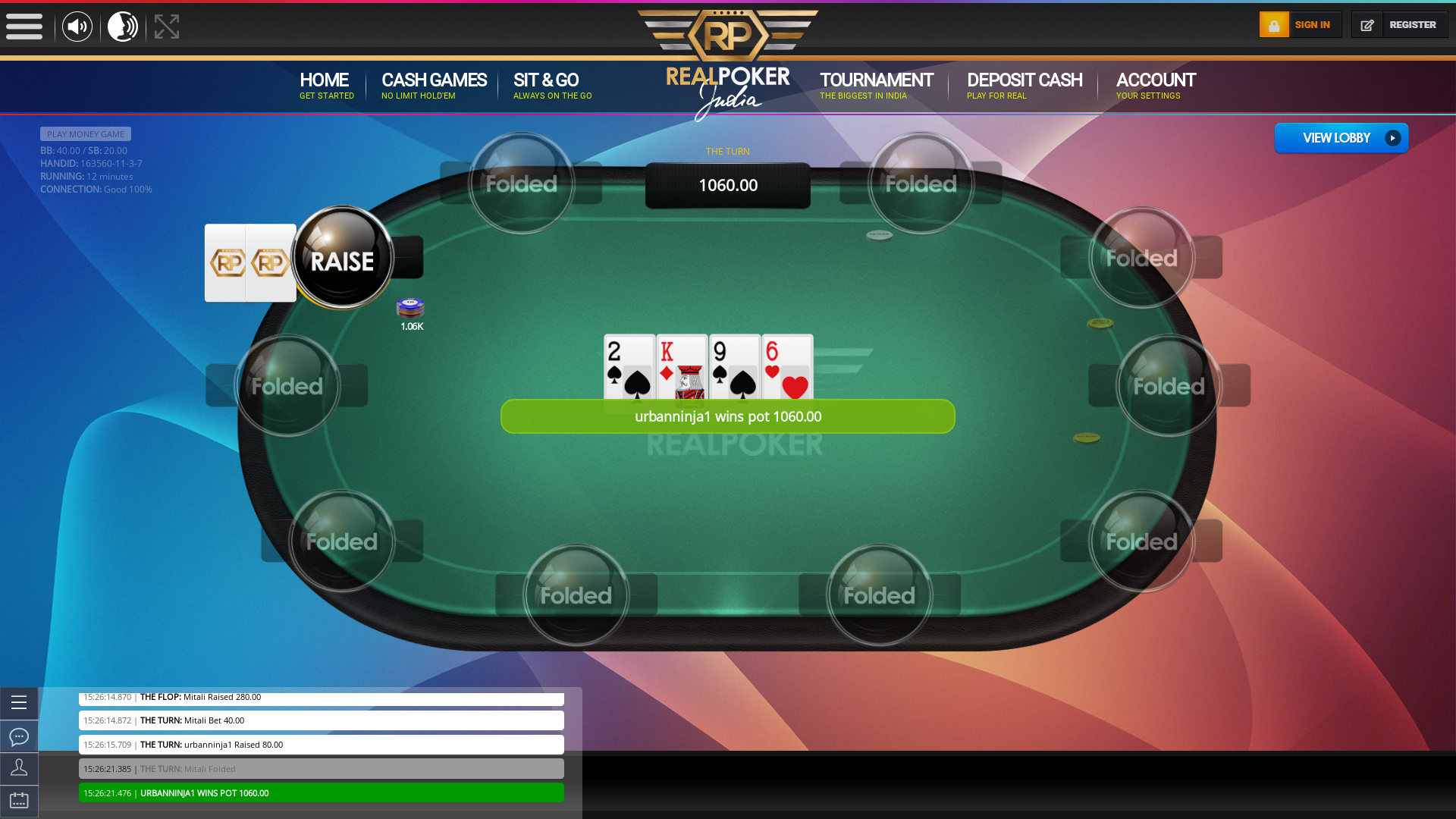 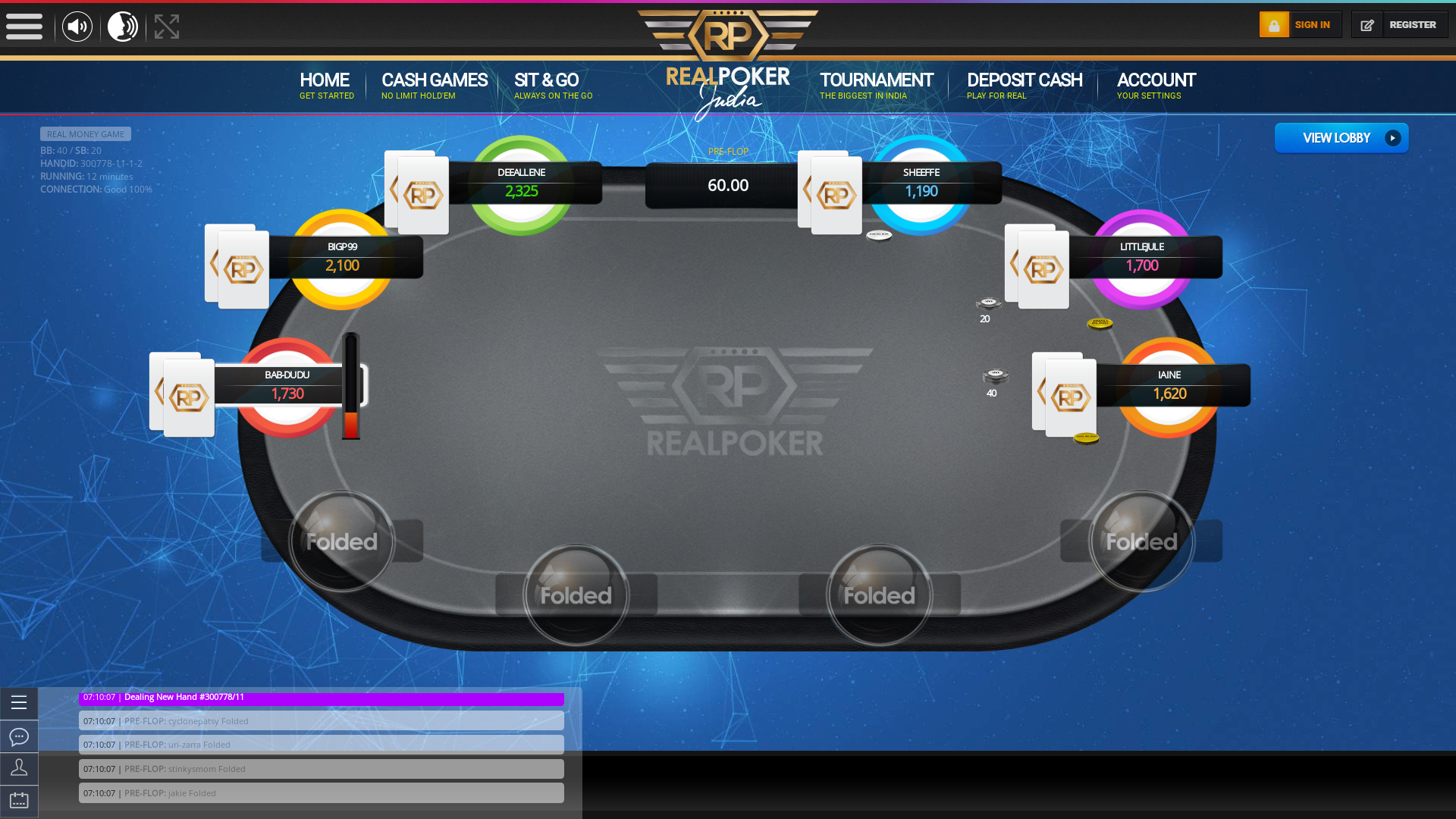 Electronic City,, Bangalore Texas Holdem Poker from December
16th December 2018 08:00
Round up report for the sit and go 10 player challenge from Sunday 16th December which saw bab-dudu win the prize pot of 2,000.00. 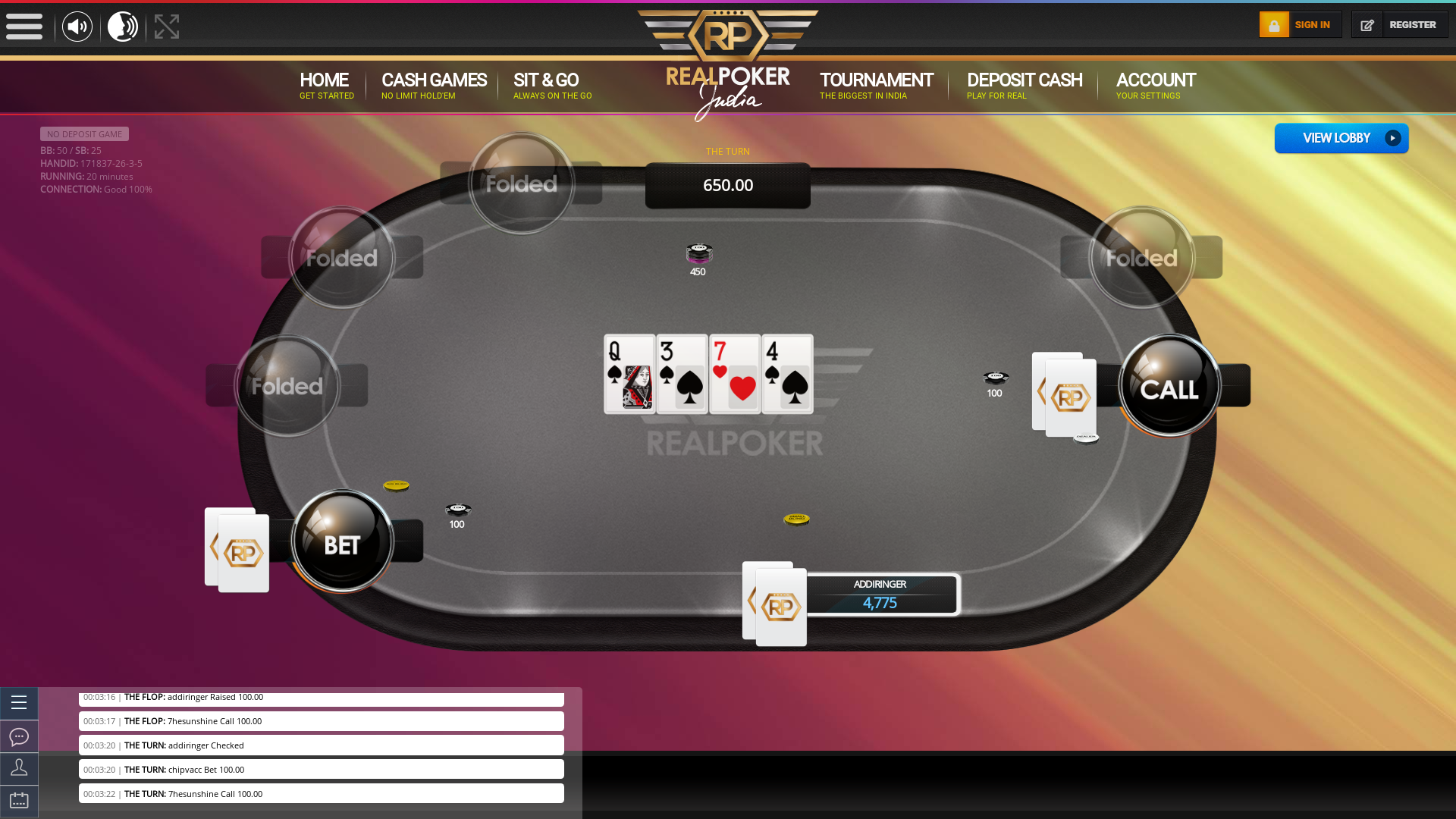